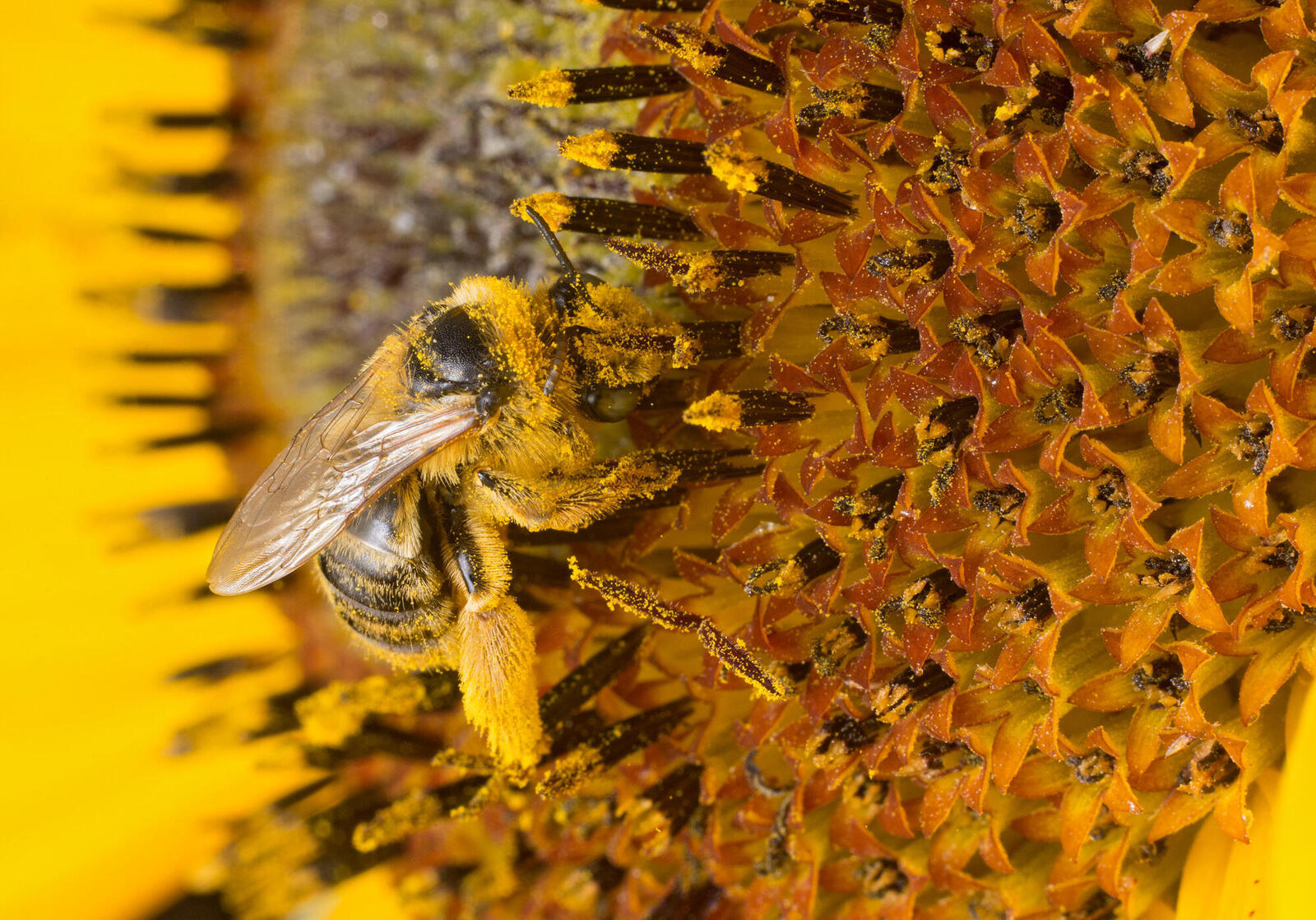 Bees are arguably the most effective pollinators of crops and wild plants in North America, joined by flies, wasps, beetles, bats, butterflies, and birds. In fact, nearly one-third of all food produced worldwide is made possible by the everyday services of pollen movers and shakers.

In turn, these hardworking creatures require food of their own, found in habitat like that of North America’s Northern Great Plains. Here, healthy grasslands harbor a diversity of native wild flowers—such as coneflowers and sunflowers—that bloom throughout the growing season, providing bees and other species with the food supply they need.

But the very animals that help produce our crops are declining in a big way, as native grasslands are plowed up for row-crop agriculture. From 2015 to 2016 alone, 2.5 million acres across the Great Plains were lost to the plow. While vast fields of crops may appear to be pollinator havens, many agricultural landscapes are actually food deserts for most species, with little to feed them during the growing season and even less after harvest. That’s why WWF is working with land stewards across the Northern Great Plains to ensure that food production is sustainable both for humans and for the birds, bees, and other pollen carriers that make crops bear fruit.