As WWF’S Lauren Spurrier watches, her Ecuadorian guide kneels and plunges his arm into a deep hole. A moment later, he’s back on his feet with a red mud crab in his hand, its 10 spindly legs kicking in protest. He plucks a cord from his belt to deftly bind the crab, and then he’s off again—a member of the local mud crab association, prowling the mangroves for his quarry.

Mangroves look almost alien, with their barnacle-covered roots arching out of the ground to suspend the trees above dense mud and water. But these otherworldly forests on stilts are in fact one of Earth’s most critical ecosystems, buffering coasts from storm surges, serving as vital habitat for untold marine species, and providing food and livelihoods for local communities. And while mangroves cover only 0.1% of Earth’s land surface, they are one of our most powerful tools in the fight against climate change, storing more carbon per hectare than any other type of forest.

But mangroves are at risk of vanishing forever. Fifty percent of the world’s mangroves have disappeared in the past half-century, victims of rising sea levels; oil spills and other pollution; demand for timber; and clearing to make way for shrimp and crab fishing, coastal infrastructure, and urban expansion. 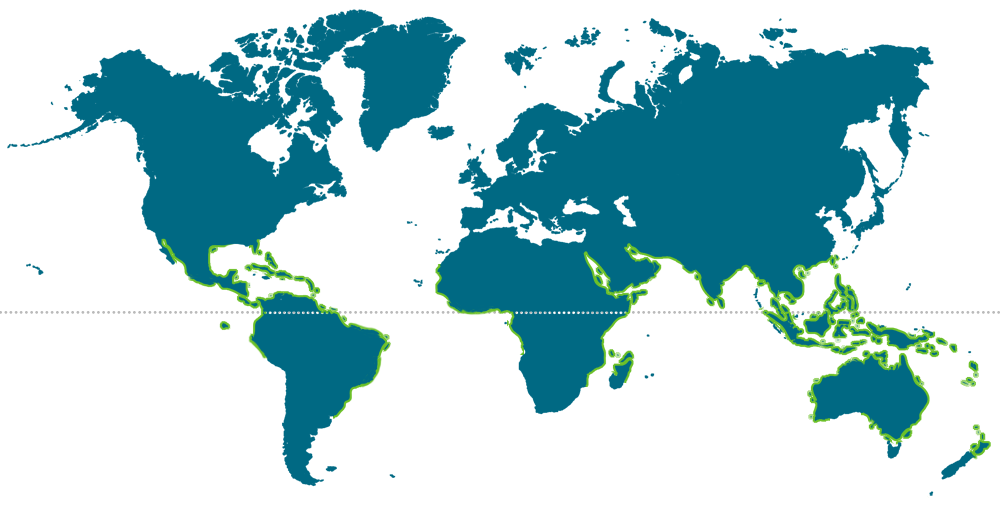 Mangroves around the world are vanishing at an alarming rate. The Global Mangrove Alliance hopes to turn the tide.

In places like this stretch of Ecuadorian coast near the city of Guayaquil, losing the mangroves would portend the loss of the mud crabs—the primary source of income for some local fishing communities—and have a severe impact on surrounding ecosystems as well.

The struggle to save mangroves like these in Ecuador is a global challenge that no single government or organization can tackle alone. That’s why WWF recently joined with Conservation International, the International Union for Conservation of Nature, The Nature Conservancy, and Wetlands International to establish the Global Mangrove Alliance. Together, the organizations seek to partner with stakeholders and governments around the world to increase mangrove habitat by 20% by 2030.

Achieving that goal will depend on work in places like Guayaquil, where Spurrier, WWF’s senior director for oceans, is meeting with the local mud crab association. It is one of approximately 50 associations that have signed agreements with the Ecuadorian government to protect the mangroves. By acting now to save these vulnerable habitats, we can build a future where both mangroves and mankind thrive. 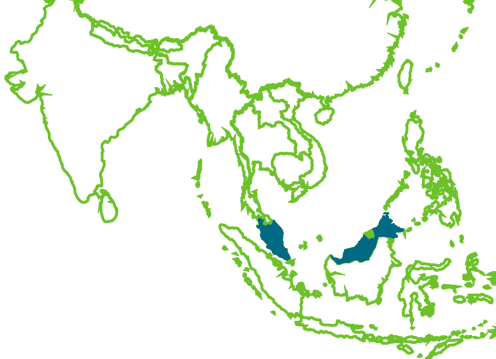 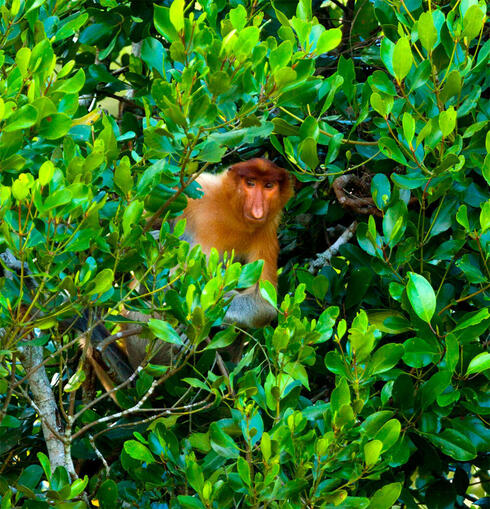 Mangroves provide food and habitat for a diverse range of species, including the proboscis monkey.

For the past eight years, WWF-Malaysia has been working with the Taritipan Youth Club in Kota Marudu to raise awareness of the importance of mangroves. The budding conservationists are trained to patrol and monitor the nearby Kudat and Marudu Bay Mangrove Forest Reserve, one of several sites WWF uses to demonstrate the benefits that marine protected areas offer local communities.

This is just the beginning. Nearly 100,000 acres of mangroves remain outside the park’s borders. As spawning and nursery grounds for freshwater, brackish, and marine wildlife, these mangrove forests play a crucial role in sustaining the park’s rich diversity.

For the sake of Tun Mustapha—and the many communities that depend on its natural resources—WWF is working to extend the park’s boundaries to include the surrounding mangroves. And the Taritipan Youth Club continues to do its part. This year, the club wants to establish a new conservation area inside the Kudat and Marudu forest reserve, in the hopes that better management of the mangrove forests will help boost the local economy. 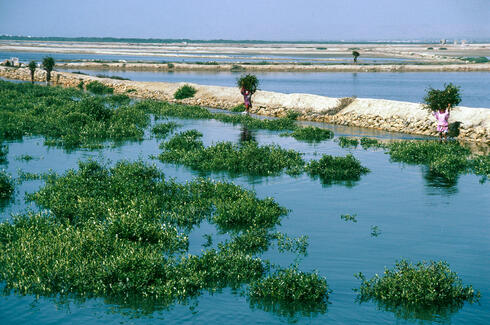 The use of mangroves for fuelwood and fodder for livestock is one of the many reasons their coverage has shrunk in recent decades.

Every day, Ayub Dablo emerges from his thatched hut in Tippan village in the Indus River Delta of Pakistan to survey the thick jungle of mangrove trees that stands before his home. The seedlings he planted a decade ago are now six feet high and cover more than 1,200 acres.

In 2010, Dablo’s tireless work earned him WWF-Pakistan’s prestigious annual Syed Asad Ali Conservation Award. His father flew to Lahore to accept the award on his behalf—the first Tippan villager ever to travel by plane—and returned home beaming proudly and eager to share tales of the big city.

A father of four himself, Dablo is passionate about WWF’s mission to save the mangroves of the Indus River Delta. Mangrove cover here has decreased significantly as a result of pollution, wood harvesting for fuel and camel fodder, and a lack of freshwater feeding into the delta.

Back when freshwater was abundant, local farmers grew red rice, bananas, coconuts, and melons to sell in local and international markets. Today, river water is overused and diverted upstream, reducing sediment and causing the delta to sink—and allowing the salty sea to progress inland and swallow up areas that once yielded plentiful crops. The loss of farmland and the threat of coastal flooding make it more important than ever to restore the mangrove ecosystem, which provides a natural barrier against the sea and rich biodiversity that directly sustains the livelihoods of 200,000 people.

Altogether, WWF has partnered with fishers in Pakistan to rehabilitate 21,498 acres of mangrove forest and has worked with the government to plant an additional 1.4 million mangrove trees. Last year, the Pakistan Navy launched an effort to plant a million more. 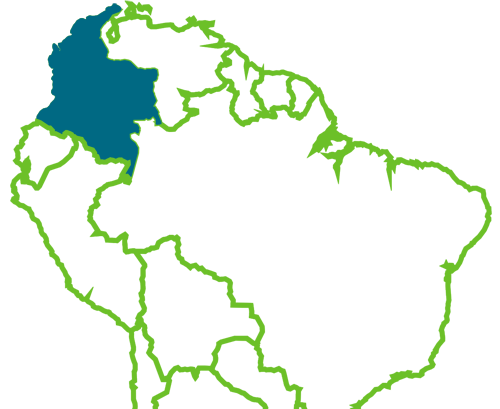 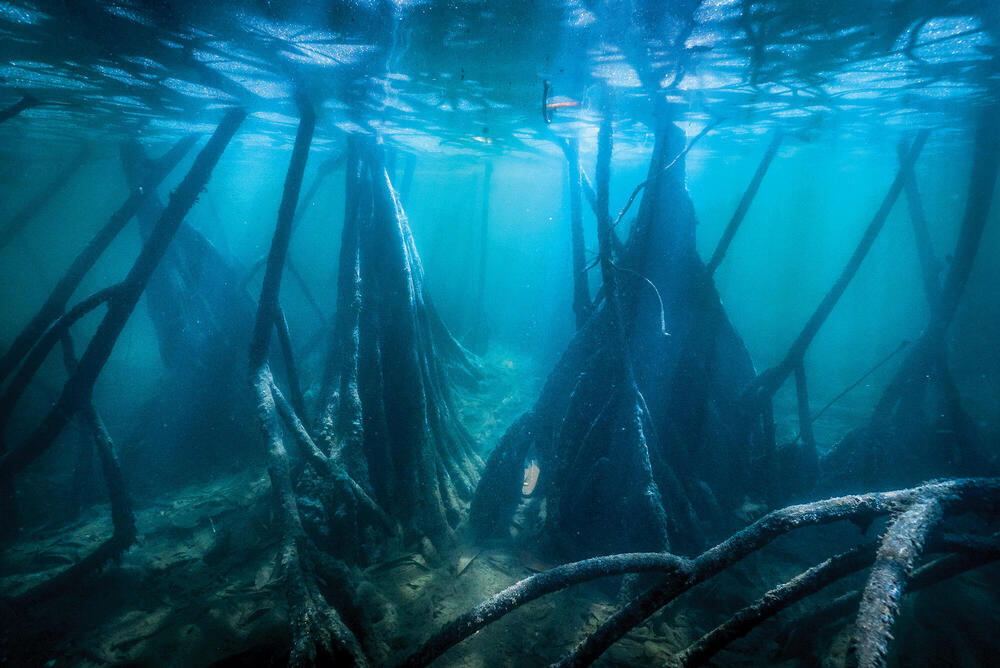 Mangrove roots filter as much as 90% of salt from seawater, enabling them to thrive in conditions where other plants would perish.

Outfitted with a rain hat, rubber boots, and gloves, Ana Granja traipses through the mud alongside other women from her community, singing as they scour a mangrove swamp for small, black clams called piangua.

Locals like Granja know the value of this vulnerable ecosystem. The piangua found here in Sanquianga National Park, a 197,000-acre protected area that includes 105,700 acres of mangroves, are a crucial source of income for more than 125 communities along Colombia’s Pacific coast.

With WWF-Colombia and other organizations, the Colombian government is working to effectively manage and expand the country’s system of protected areas like this one. In 2017, two new coastal conservation areas were created in the Colombian Pacific.

First, to the north, a regional integrated management district named Encanto de los Manglares del Bajo Baudó was declared to protect more than 770,000 acres of beaches, mangroves, and corals. Then, a national integrated management district called Cabo Manglares, Bajo Mira y Frontera was created, ensuring the conservation of roughly 470,000 acres of coastal wetlands (including deep water ecosystems and more than 16,000 acres of mangroves) and the connectivity of coastal ecosystems between Colombia and neighboring Ecuador.

Traditional communities within both areas will still be permitted to sustainably harvest natural resources such as the piangua. Like Ana Granja and her sister clam diggers in Sanquianga, the residents of these newly created districts continue to benefit from the mangroves, wetlands, and coastlines that have sustained their people for generations. 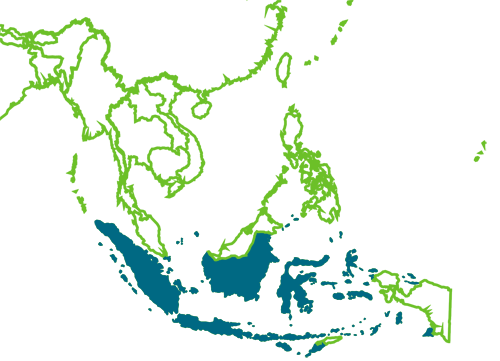 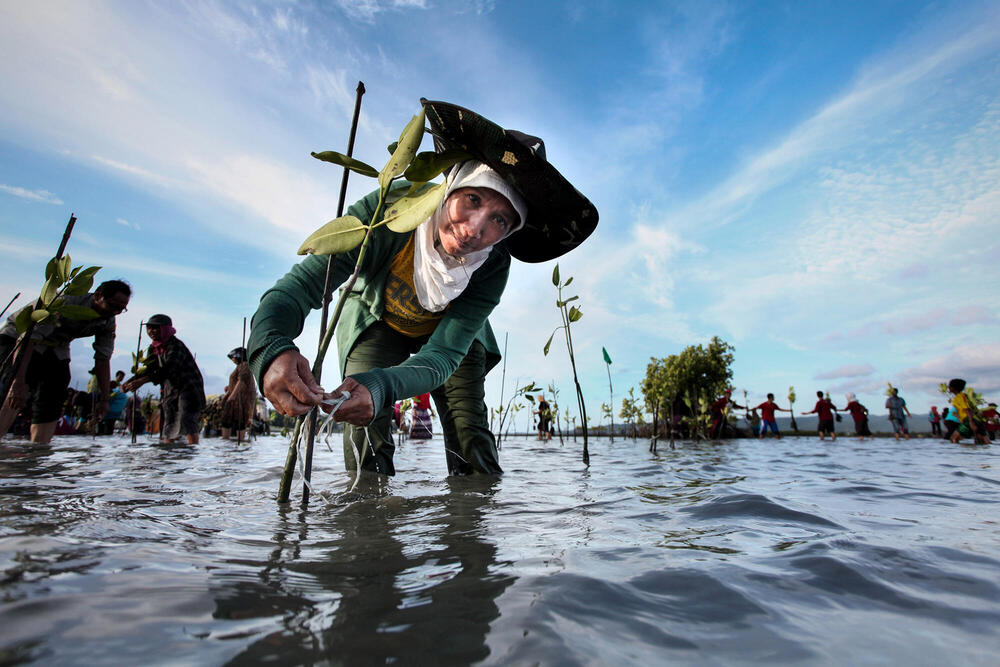 With more than 17,000 islands, Indonesia has the second-longest coastline in the world—behind only Canada. But it’s not all white sand beaches and lush forests; man-made earthen ponds brimming with shrimp also dot Indonesia’s shores, many of them in vast grids that sprawl for millions of acres.

Nearly half of Indonesia’s mangroves have been cleared in the past three decades, many to make way for shrimp farms. That’s why WWF-Indonesia is dedicated to helping the nation’s shrimp industry adopt a more environmentally responsible approach. WWF has helped create better management practices for small-scale shrimp farms in Indonesia. And now, with technical support from WWF, one of the country’s most influential shrimp processing companies, PT. Mustika Minanusa Aurora (PT. MMA), is leading the way toward more improvements.

In August 2017, PT. MMA became the first shrimp processor in Indonesia to register its supplier farms (traditional small-scale shrimp farming) and receive the rigorous Aquaculture Stewardship Council (ASC) certification. WWF has been working with PT. MMA since 2006 to achieve this certification. Together, they have rehabilitated nearly 50 acres of mangroves in a reservation park, and more than 16 acres of mangroves around the shrimp farms. These mangroves provide vital ecosystem services, serve as tourism and educational spots, and support the growth of mud crab.

The company’s ASC certification already appears to be good for business. Foreign buyers and other key players throughout PT. MMA’s supply chain fully support their efforts on behalf of environmental sustainability. And other farmers are following in their footsteps—an auspicious sign for the long-term health and well-being of local communities and mangrove forests. 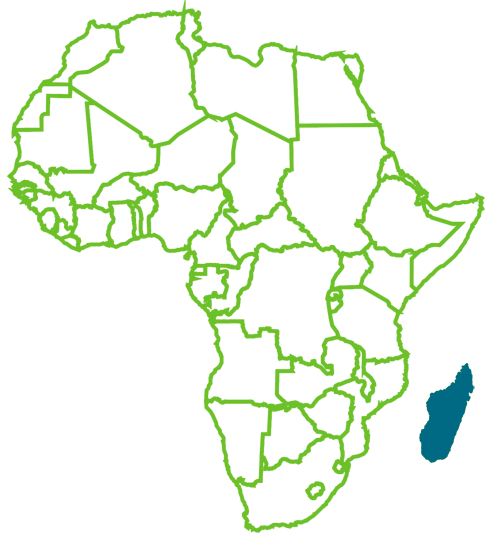 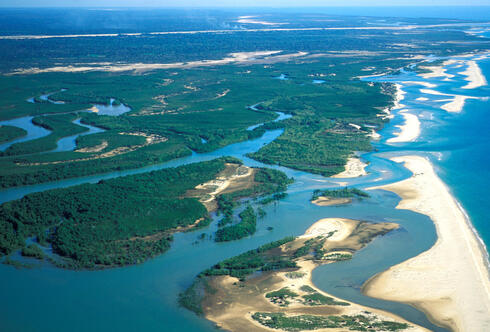 Between 1990 and 2010, Madagascar lost 21% of its mangroves. WWF is working with local communities along the coast to reverse that trend.

For René Razafindrajery, a fisherman and father of five who lives on Madagascar’s west coast, the changing climate has brought a change in career.

A protracted drought in Madagascar has forced inland communities to the coast, putting more strain on marine life already hit hard by overfishing and the decline of the coral reefs. And with rising ocean temperatures have come shifting weather patterns that have made fishing on the open sea increasingly difficult. Razafindrajery (or “Razeny,” as he’s affectionately called by his neighbors) still takes his boat out every morning to try his luck, but afterward he treks into the mangrove forests to work a second job: beekeeping.

With support from WWF-Madagascar and other organizations, Razeny and 10 other beekeepers have been trained to harvest honey from hives in the mangroves of the Tsiribihina Delta. This shift in occupations is an inspiring example of climate adaptation, but the long-term success of Razeny and his neighbors depends on the survival of the mangroves. And a little over a decade ago, they were nearly lost forever.

Back in 2004, satellite images of the delta showed a once-lush landscape stripped bare, decimated by years of converting forest to rice paddies and cutting wood for building materials, charcoal, and firewood. In 2007, WWF joined with passionate locals and partner organizations to restore the forest, planting 2 million mangroves over the last decade. Today, the forest is teeming with life, and the distinct calls of king birds, whistling ducks, and birds of paradise once again fill the air.