Harnessing fog could help farmers in a changing climate

The town of Santa María Yucuhiti lies in the forested mountains of Oaxaca, in southwest Mexico. Most of its 6,500 residents make their living cultivating small plots of land, though the region’s dry climate has always made farming difficult. Now, due to more intense droughts and frosts caused by climate change, it’s getting even harder. But two agricultural tools could help farmers boost the resilience of their crops by harvesting an untapped resource: fog. 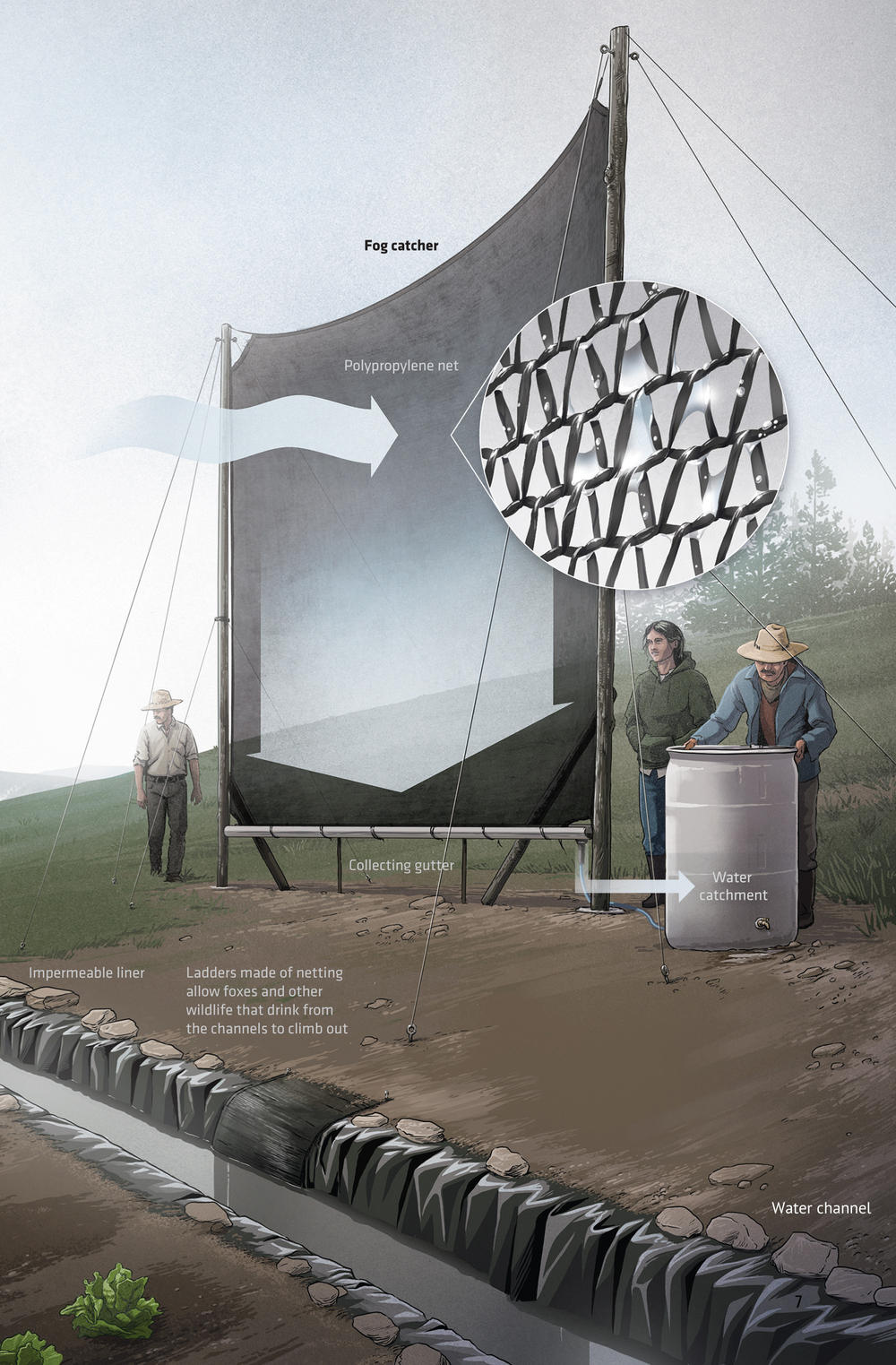 WATER WORKS
Fog catchers collect water from the atmosphere through condensation. Water channels store that water (along with heat from the sun) next to the fields, creating a microclimate different from surrounding atmospheric conditions. Water channels have been shown to boost crop survival by creating more moderate nighttime temperatures, reducing the impacts of drought, providing irrigation, and reducing soil erosion.

TEST BEDS
In July 2017, participants installed 10 water channels and four fog catchers on 10 plots of farmland. In September, they sowed the plots with a variety of crops—but an unusual hailstorm in late November destroyed the plants. In January 2018, the community tried again, replanting the plots with 400 lettuce plants and sowing an additional 200 lettuce plants in control plots.

CATCHING ON
Of the lettuce plants grown with fog catchers and water channels, 380 of 400 weathered both frost and heat waves—a 95% survival rate. Only 50 of the 200 plants in the control plots (a mere 25%) made it.

Climate Crowd gathers data on how climate change is impacting people and nature, and supports local projects to help communities adapt while reducing pressure on biodiversity. Learn more about the Santa María Yucuhiti project and other Climate Crowd-funded initiatives at wwfclimatecrowd.org.