Searching for koalas that survived bushfires in Australia 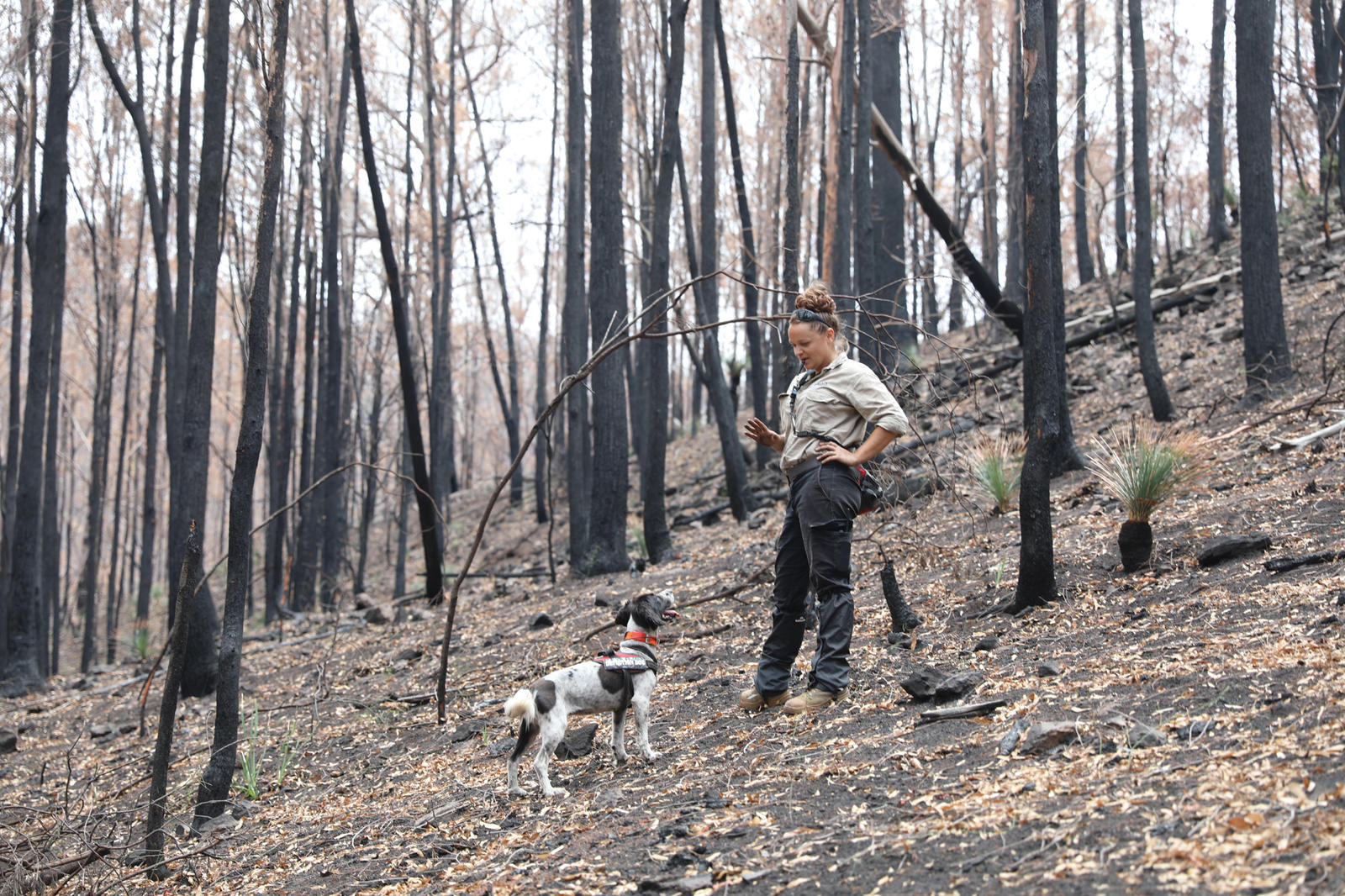 In the aftermath of Australia’s devastating 2019–2020 bushfires, WWF deployed professional field detection dogs to help locate surviving wildlife. The fire did not burn all tree canopies, but it ravaged so much that the animals that escaped were left with drastically reduced resources.

English springer spaniels Missy and Taz are trained to detect koalas by sniffing out their scat. “That’s the trail of evidence that koalas leave behind,” said Olivia Woosnam (pictured here with Missy), a conservation ecologist and joint owner and operator of OWAD Environment, which conducts the field searches for WWF.

When Missy or Taz found fresh scat, Woosnam scanned the trees for koalas. If there was no immediate concern for an animal’s safety, a watering station was set up to ensure it stayed hydrated until new leaves (the koala’s water source) emerged; for injured animals, a wildlife rescuer was called in. During five days of searches in January 2020, the dogs found 10 koalas in a forest that had burned two months earlier.

“It’s encouraging that some koalas have survived the fires,” said Stuart Blanch of WWF-Australia. “They can recolonize the forest as it regrows.”

Donations from around the world and support from online furniture company koala.com are funding the detection dogs. WWF continues to raise funds to respond to the urgent needs of partner organizations dealing directly with fire impacts—and to begin restoration.

All of this is contributing to the long journey back to what was. With help, some forests will regenerate. Until then, said Blanch, “we need all hands on deck.”