Against all odds, a camera trap captures an elusive black panther 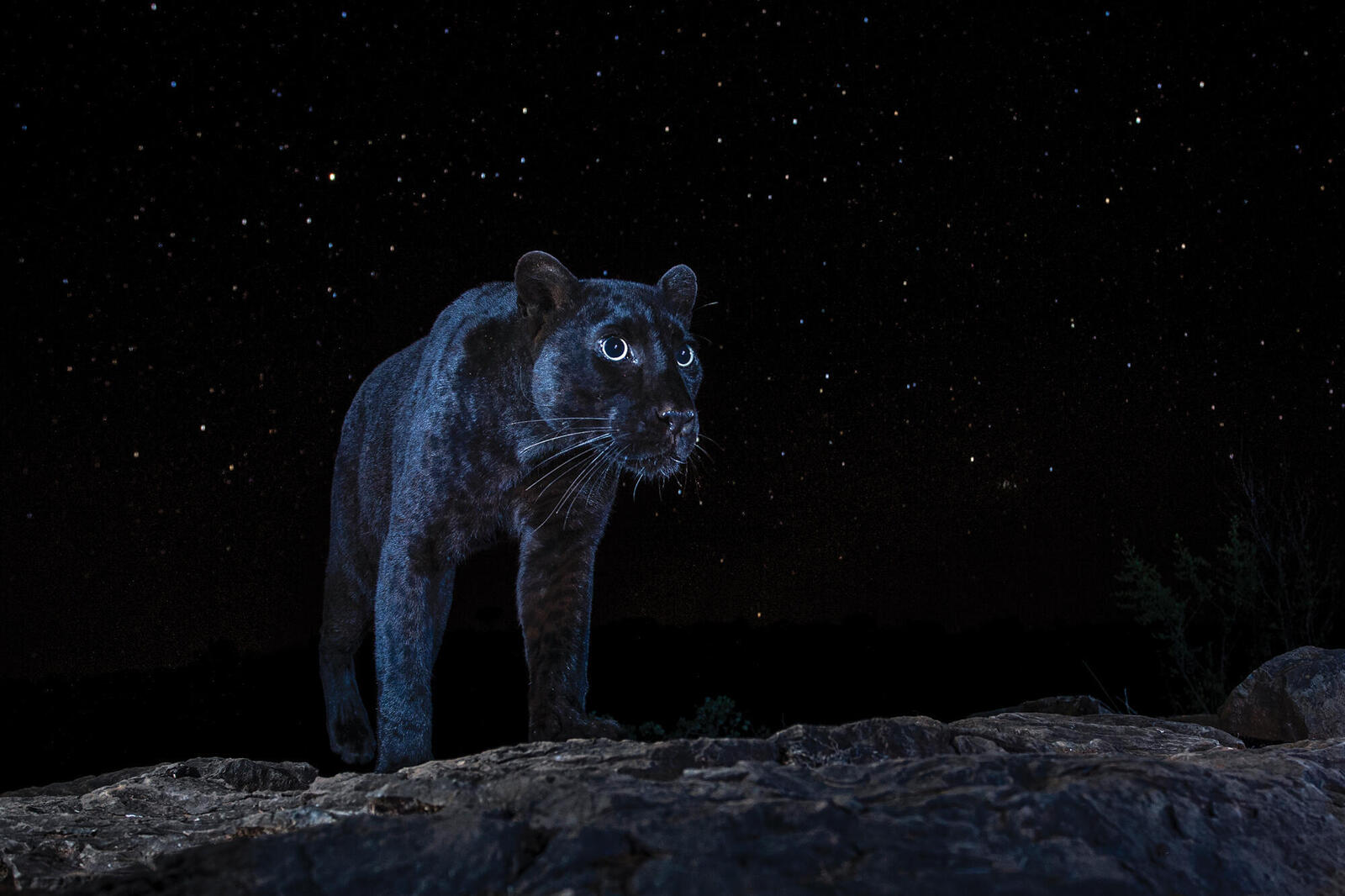 The melanistic (black) leopard—or black panther—captivated my imagination when I was a young child in Tanzania, and tales of African black leopard sightings have always held a supernatural allure for me. So, in 2018, when I heard that a black leopard had been spotted in Kenya, I jumped at the chance to get close to the magic.

Following local expertise and fresh tracks, I set several camera traps along a suspected leopard path in the bush. As I waited, the possibility of photographing this elusive creature seemed more and more unlikely. Then one morning, there it was: golden eyes peering out from an inky darkness.

This began a multiyear project to photograph the black leopard against a starry night sky. There were many obstacles: The weather, the moon cycle, and the leopard’s path all had to align; a big spotty male leopard kept chasing off my prized subject; and baboons dismantled my camera traps. But it was all worth it when I finally saw the image I had envisioned.

In my quest, I captured a treasure trove of images now bound in my new book, The Black Leopard. I hope they will encourage people to support the communities and conservation efforts that protect these majestic cats.