Rhino populations are recovering in Namibia thanks to community-led interventions 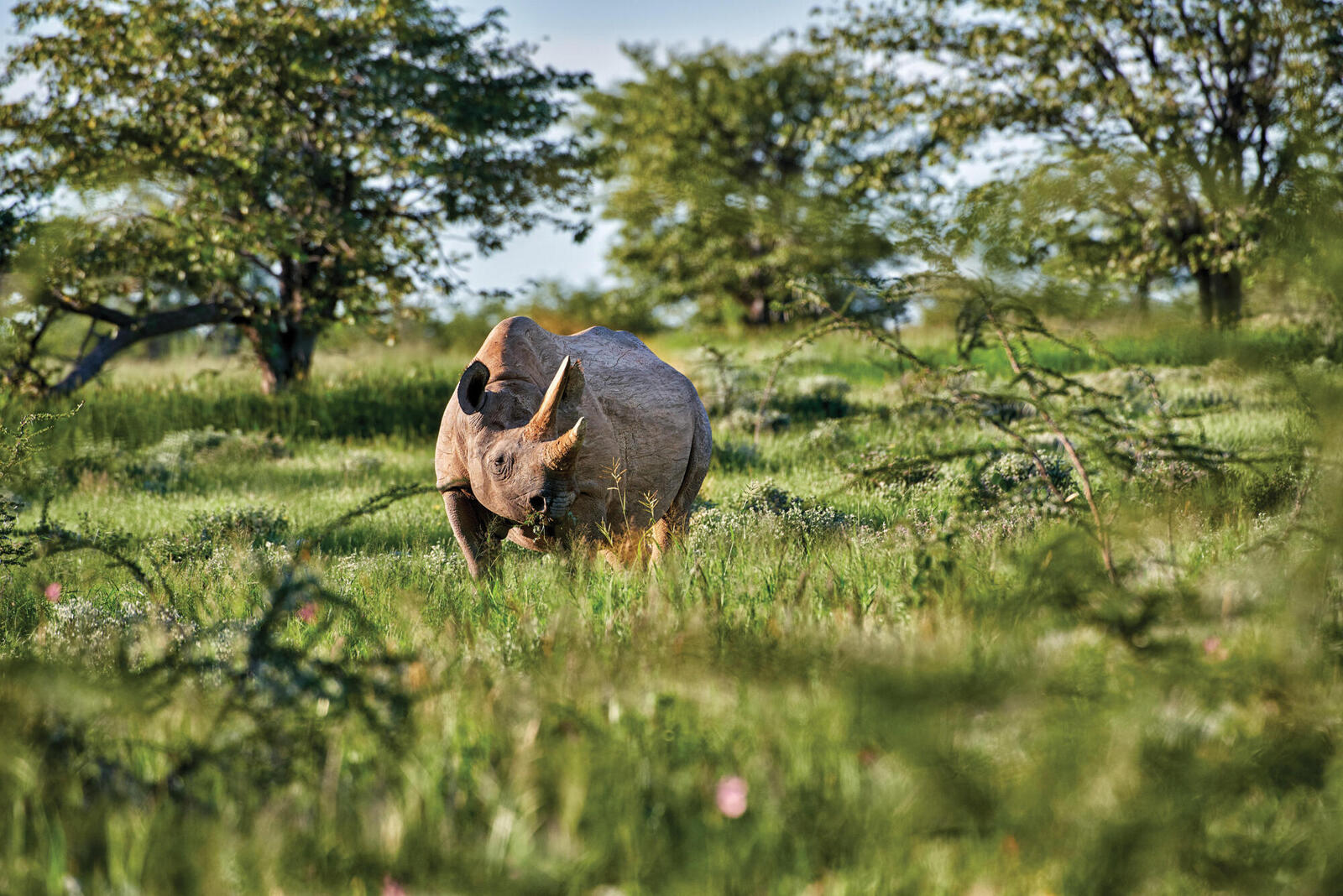 Before the heat of the day sets in, a black rhino covers her rough skin in a thin veneer of mud and seeks shade beneath an acacia tree. She spends most of her time alone, roaming Namibia’s arid savannas and flat-topped hills, where she’s uniquely adapted to thrive. But there are 2,187 others like her, meaning her kind is now less at risk of going extinct than it was a decade ago.

In March 2020, the southwestern black rhino, one of three black rhino subspecies, was reclassified from “vulnerable” to “near-threatened” by the International Union for Conservation of Nature after its population increased more than 11% between 2012 and 2017 (the year of the most recent count). This status change parallels a hopeful trend for all of Africa’s black rhinos, one-third of which live in Namibia: Although the species overall faces persistent threats from poaching and is still classified as critically endangered, its population has climbed steadily since 2012.

Many factors have contributed to the rise, including increases in community-based game guards, robust monitoring efforts, community engagement campaigns, and translocation projects, which relocate select rhinos into new habitats so that they have more space to breed. Since 2013, WWF has worked with the government of Namibia and partners such as Save the Rhino Trust, Rooikat Trust, and Namibia Nature Foundation to help Namibia’s communal conservancies improve and expand their rhino protection programs and prevent wildlife crime—efforts that have also fostered population growth.

Despite these gains, the pressure on rhinos “remains immense,” says Bas Huijbregts, director of African species conservation for WWF-US. “WWF supports the many facets of rhino conservation critical to the species’ long-term survival. But ongoing whole-of-government, NGO, and community cooperation, as well as more sustainable financing, is critical to ensuring this success story continues.”