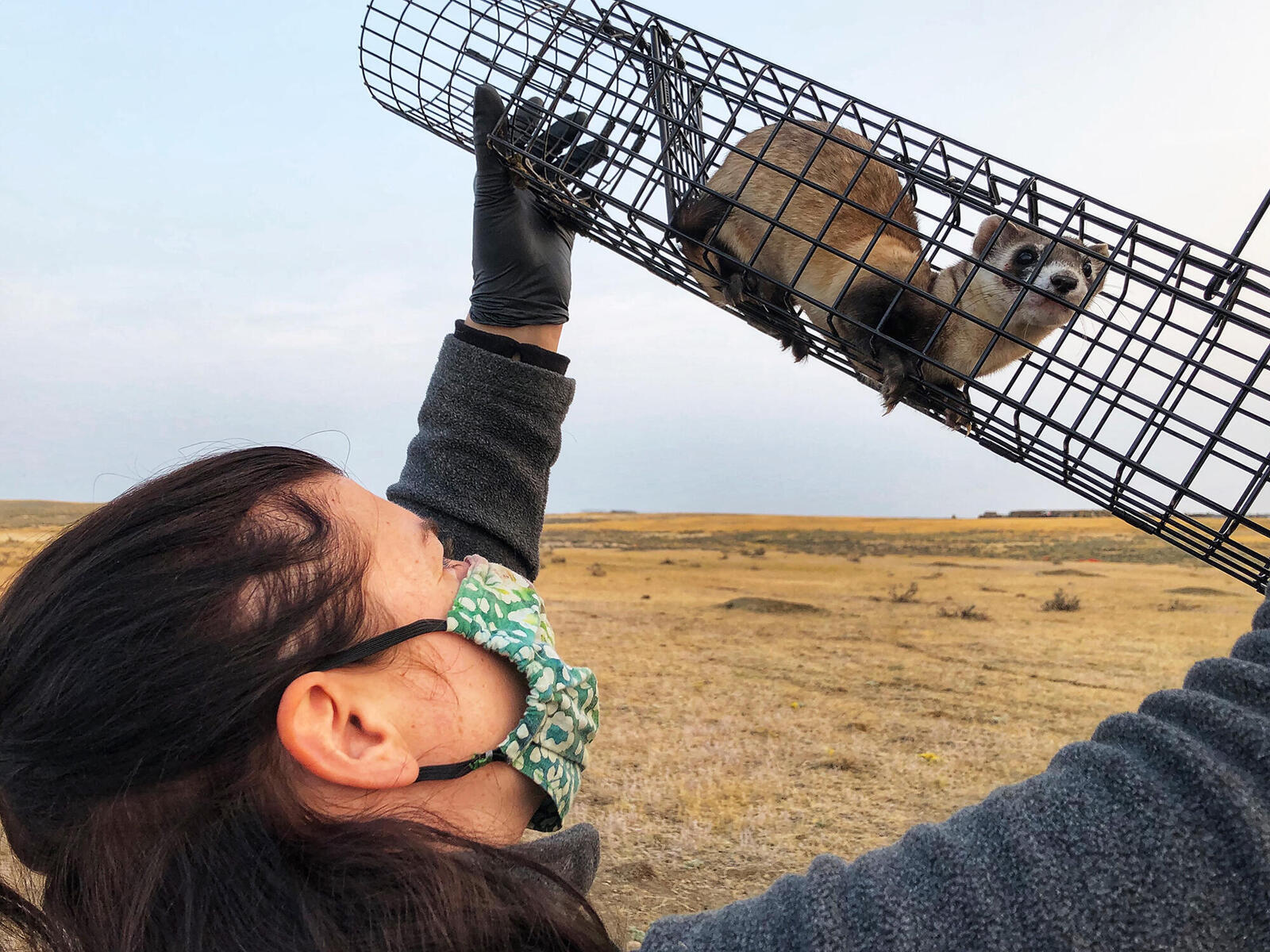 One windy night last October, WWF biologist Kristy Bly scanned the mixed-grass prairie of the Fort Belknap Indian Reservation with a spotlight. After hours of rumbling about in a pickup truck, she spotted what she was searching for: the shining, telltale green eyes of a black-footed ferret. She found the nocturnal mammal’s burrow and set a mesh cage trap at its entrance.

After capturing the ferret, Bly determined that it hadn’t previously been caught and microchipped, meaning it could be added to the reservation’s official population count. The 2021 surveys returned good news: a record nine litters comprising 19 kits, plus 18 adults—nearly double the total counted on the reservation in 2020.

“With fewer than 400 black-footed ferrets left in the wild, every individual is valuable,” says Bly. The species is threatened primarily by the loss of its prairie dog prey to sylvatic plague—a disease lethal to both animals. These population monitoring efforts are critical for protecting black-footed ferrets and tracking progress toward species recovery.

Rebounding numbers are a promising sign. Bly is hopeful that, with continued vigilance, WWF and the Fort Belknap Fish and Wildlife Department can achieve their shared goal of 30 adults in the coming years—part of a broader conservation push to reestablish a viable wild ferret population in the Northern Great Plains.