Corey Norton explains the connection between human and environmental harm 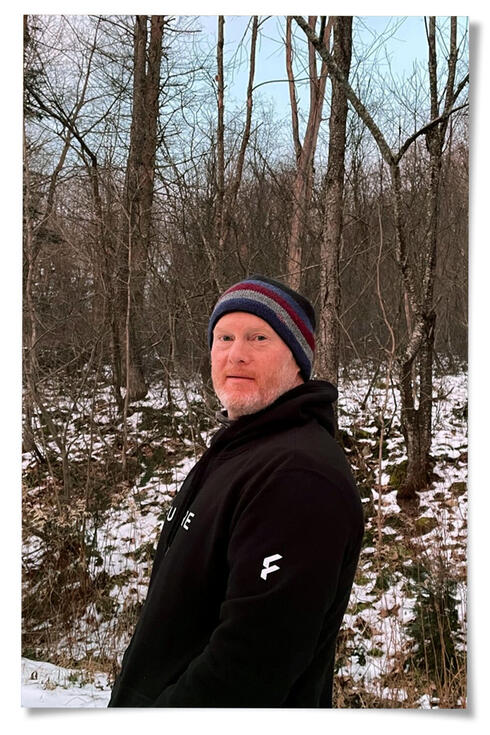 COREY NORTON works with businesses, governments, and civil society to improve the laws that govern global supply chains, with a focus on traceability, natural resource depletion, and human and labor rights.

WWF may seem like a curious departure from my roughly 20 years as a corporate lawyer, but there is logic to my career path.

I went to law school to become a public interest international trade lawyer, essentially to help ensure products are made and sold responsibly, but I didn’t yet consider specializing in environmental law or human rights. I started developing a focus in supply chain business practices more generally, and during my first summer in law school a scholarship brought me to a position in the Office of the US Trade Representative.

Later, I pursued a career in international trade law by focusing on advising businesses about their global supply chains, learning how companies work, and getting a sense for how trade priorities translate into legal requirements that can change business practices.

As I became more senior, I questioned how I could apply my skills for broader impact on the environment, people, and their communities. I found myself with a client base heavy on seafood companies at the same time that US laws were revised to play a greater role in prohibiting imports of products from supply chains lacking traceability, practicing illegal fishing, or benefiting from modern slavery (an umbrella term covering practices such as forced labor and human trafficking).

After several years of guiding companies in these areas, I wanted to have a greater impact on global supply chains. So I felt lucky to get to know WWF and how its work and thinking could help me leverage this experience to do more.

There’s a close relationship between modern slavery and environmental harm, since the pressure to sell goods at low costs leads many businesses to exploit both natural resources and people. Researchers are increasingly showing that the abuse of workers is a key factor enabling deforestation and habitat conversion. At the same time, climate change is increasing the human vulnerability that leaves people open to human rights abuses, thereby creating a particularly vicious cycle of harm that exacerbates instability and conflict.

WWF research has found that as much as 50% of globally traded food commodities like shrimp, beef, and palm oil may be produced through numerous types of illegality, with financial costs of up to $600 billion per year to consumers. We need to better understand the interconnection between illegality and the environment generally, but particularly between human rights and the climate, so that appropriate laws and business practices—ones that protect people and nature—can follow.

“There’s a close relationship between modern slavery and environmental harm.”

Modern supply chains have specialization at each stage, meaning consumer-facing companies are often several steps removed from the process of extracting or harvesting the raw materials used to make their products. What we’re trying to do now is explore several laws to help guide their development and implementation, particularly by reimagining how to identify and monitor areas lacking adequate oversight. And that requires a new level of collaboration among stakeholders, because no single stakeholder has all the expertise or influence needed to produce comprehensive solutions.

Getting the three main stakeholder groups—governments, industry, and the public sector and nonprofits—aligned is a challenge, but one WWF is positioned to help meet. With governments, this means helping to guide policy. With companies, it means understanding their business models, sharing information about new risks and resources, and pushing them to advance transparency throughout their supply chains. With the public sector and nonprofits, it’s helping them find new ways to offer their expertise to address these challenges. WWF convenes these groups to maximize the chance of finding solutions that work for all.

Stakeholder agendas may seldom seem aligned, but there is more common ground than might initially appear. Helping these different actors understand where their interests overlap is the key to new solutions for a healthier planet, a more resilient food system, and a more just world.