Around the world, WWF partners with producers, communities, and businesses working to develop new solutions to reduce their impact on nature. Meet a few of the farmers, ranchers, and fishers who are endeavoring to safeguard freshwater, cultivate healthy soils, minimize their carbon footprint, and produce food more sustainably.

Rivers of food Maintaining biodiversity and a vital food supply 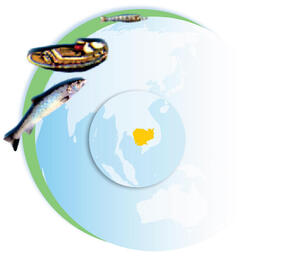 Sing Song is one of more than 60 million people in six countries who depend on the Mekong River and its diverse, connected ecosystems to deliver food and support their livelihoods. Fish are essential to the food security of Cambodians, who currently get around 56% of their animal protein from fish, especially from the abundant but increasingly threatened Mekong River Basin fishery.

In recent years, the basin’s fish stocks have dwindled significantly—a change that Sing Song thinks is linked to an increasing human population, illegal fishing, and hydropower dam constructions upstream that have caused water levels to drop to record lows. “And,” he says, “many fishers come from other areas to fish in our community, because their villages have no forests and fish.”

Since 2019, WWF-Cambodia has worked with the German government and the Kratie Fisheries Administration Cantonment to train fishers like Sing Song in fish farming to improve their food and income security while protecting animals like the endangered Irrawaddy dolphin. “It was tough when I could not fish as much as before; people need other sources of income aside from crops and rice farming,” says Sing Song.

In the two years since he began farming catfish, he has expanded his business, even though prices at the fish market fluctuate. “I have enough food to eat,” he says. “Even during a serious outbreak of COVID-19, I still had food at my home.”

“Mostly, we prefer fish from the river, like carp, catfish, pangasius, and sheatfish. However, due to our growing population, food from nature will not be adequate to meet our needs.”

Land Use Plans for Nature and People Smallholder farmers protect their land, water, and crops as one 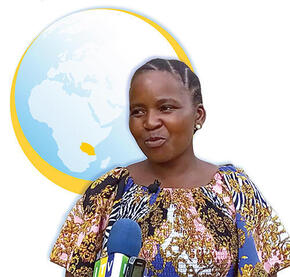 In one of Tanzania’s main agricultural corridors, local people are creating more sustainable livelihoods by managing their natural resources to better support agriculture, maintain biodiversity, and secure river flows. Backed by a CARE-WWF Alliance project since 2016, communities here have identified and taken steps to conserve their water sources through a participatory land use planning process, planting water-friendly trees, and controlling access to their wetlands.

“Having running water all year feels like a miracle,” says Lydia Adamu Kivinge of Utosi village, who monitors river levels so her community can make decisions based on sound data. At the same time, nature-based enterprises such as beekeeping have sprung up around wetland areas, creating more incentives to keep trees standing and water flowing.

Access to water means farmers can now grow enough produce to sell, including introduced crops that are economically and environmentally viable. “I had no money to send my child to school, but now I am growing and selling beans and Irish potatoes,” says Kivinge, who is earning enough for her daughter’s tuition.

Guided by the villagers’ vision for their future, ongoing efforts to strengthen governance practices and to address gender imbalances are also underway. Kivinge, who once would likely have been left out of critical decision-making about land and resources, today serves as general secretary of Utosi’s environmental committee.

In addition, the project makes it easier for participants to save money, access credit, and make sustainable investments in nature-based enterprises and infrastructure to improve their livelihoods and the ecosystem services they depend on. 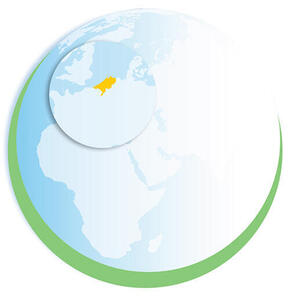 For Carl and Marieke van Jaarsveld, dairy farming involves looking to the future. The couple—who took over Carl’s parents’ dairy operation in Hekendorp in Utrecht, the Netherlands, in 2006—have an 11-year-old son who says he wants to run the business one day. “We are working to develop a company that is sustainable so he can,” says Carl. This means producing food in a way that’s good for people, animals, and the environment.

In the Netherlands, the dairy sector has an outsized impact on the environment: It is the largest user of the country’s agricultural land, with about 20,000 farms and nearly 1.5 million cows producing milk and other products for sale around the world. As a result, biodiversity in this small but highly productive European country is under severe pressure.

Carl believes that a new Biodiversity Monitor tool for the dairy sector—developed jointly by WWF-Netherlands, financial services provider Rabobank, and Friesland-Campina, a global dairy company based in the Netherlands—can help improve production practices by providing financial incentives and rewards for dairy farmers who promote biodiversity on their farms. The tool allows farmers to measure their impact on the land through specific targets—the amount of nitrogen in the soil, greenhouse gas emissions, and water quality, for instance—and to track their progress in reducing environmental pressures and supporting healthier biodiversity.

By giving dairy farmers more insight into their operations, the tool enables them to identify opportunities to better protect their natural resources, from fertile soil to clean groundwater—often in ways that benefit their bottom lines.

Also through the Biodiversity Monitor tool, the van Jaarsvelds are involved in a campaign by Friesland-Campina that pays higher prices for milk from more sustainable farms, encouraging better practices while increasing farmers’ margins. Because changes in the interest of greater sustainability often cost money up front, Carl notes, farmers need to be compensated with better prices for their products, lower-interest loans from the bank, and better business models that keep farming economically viable.

Blue Food Rethinking the cost of what we feed farmed fish 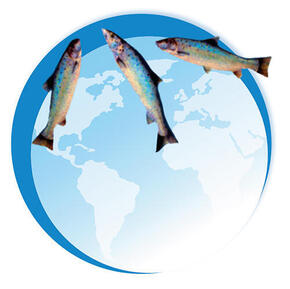 In 2020, a group of Brazilian vendors who sell soy to the European salmon farming company Grieg Seafood and others committed to supplying their product from deforestation- and conversion-free land only. This set a new standard for more sustainable supply chains. Now Grieg Seafood has initiated a project with WWF to expand on this work and evaluate environmental, social, and governance risks in salmon feed ingredients like soy. The assessment includes previously unexplored aspects of feed ingredients, including their effect on land use and biodiversity, carbon emissions, climate risks, pollution, soil health, freshwater consumption, human rights, governance risk, and scalability.

As the company gears up to farm more salmon to feed more people, “we know we need to monitor and constantly improve our practices by working more proactively to solve the challenges we face as an industry,” says Grieg Seafood’s Tor Eirik Homme. In the past, efforts to mitigate overfishing led to fewer marine ingredients in salmon feed. But some of the alternative ingredients, like Brazilian soy, were later linked to new issues of concern, like deforestation. “Even though all of our soy is certified 100% deforestation- and conversion-free, we need new ingredients to support our growing industry, and we need to learn from the past,” says Homme.

While Grieg doesn’t know which feeds will be the next big ones, this new assessment will help ensure that whatever they are, they won’t contribute to new problems and will be a good fit for a sustainable food system. “We want to produce healthy protein for the future. We want to do it more sustainably tomorrow than we did yesterday,” he says. “We work on this every day.”

“Sustainability is integrated into all our operations, so there is an obvious link between our production and financial results and our sustainability results, such as our impact on nature and fish welfare.” 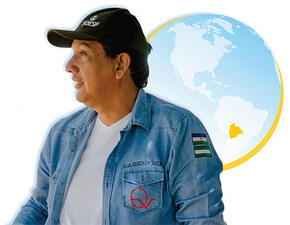 Rancher Roberto Quezada isn’t interested in destroying the forest, only in feeding his cattle so they fetch a reasonable price when he sells them. As part of a group of ranchers working with WWF-Bolivia and Fundación Amigos de la Naturaleza in the Chaco-Cerrado-Pantanal landscape, he’s been learning about regenerative cattle ranching best practices and fire management, and how both can improve his bottom line.

Fire and farming go hand in glove in the interconnected forests, grasslands, and wetlands of central-southern South America, where intentional burning to convert forest to farmland for cattle and soy is driving deforestation. In recent years, fires exacerbated by drought and climate change have raged out of control, destroying millions of acres.

“We want to work in a coordinated manner with the ranchers on livestock grazing to prevent fires from spreading,” says Rubén Ortíz Casanova Ñembi Guazu, assemblyman of the Indigenous Autonomous Government of Charagua Iyambae. The hope is that by introducing new ways of ranching that don’t rely on forest clearing, stakeholders can work toward the common goal of taking care of each other—and nature—to their mutual benefit.

“We want to get the best grazing we can from an area .... We are going to do what is necessary to fatten our cattle, [while] conserving the forest that we have.”