The benefits of responsible fire management 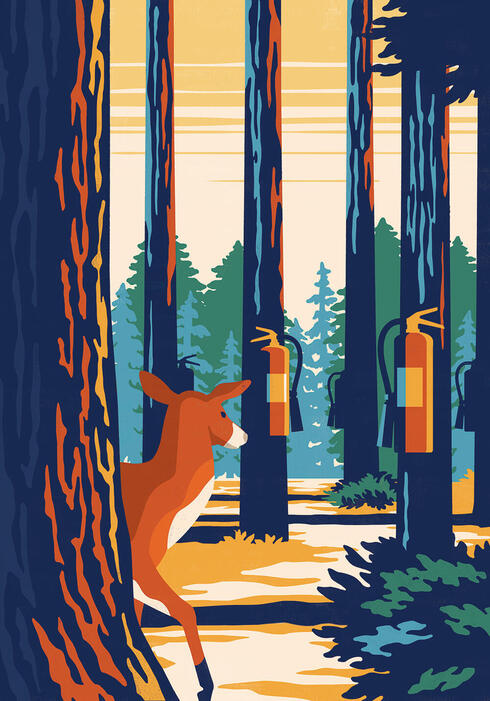 While naturally occurring fires can be a boon to forest ecosystems, nearly nine out of 10 destructive wildfires nationwide are caused by humans through unattended campfires, hot grill ashes, cigarettes, and fireworks. Just one ember can travel miles away from the original ignition site and cause a fire to spread across forests and towns, sometimes spanning hundreds of thousands of acres.

These massive fires don’t just kill or displace animals and people; they also destroy livelihoods and homes. The smoke deteriorates air quality, causing increased respiratory illness and mortality in communities directly affected by the blaze—and even across a continent. Indigenous peoples, communities of color, and low-income communities are often disproportionately impacted because of poor access to health care facilities, difficulties accessing technical and financial resources to rebuild, and limited access to information and representation in decision-making. And due to climate change and increased populations in fire-prone areas, the problem is worsening—California reported its driest year in a century in 2021.

If you live in an area with high fire risk, look into fireproofing your home using methods such as installing mesh on outdoor vents, spacing out bushes and trees, and keeping gutters clear of debris. When you’re enjoying a campfire, keep all flammable objects away from the pit, have firefighting tools nearby, and diligently drown all fires, leaving no embers or smoke.

Check out WWF’s Action Center to learn about the many ways you can help protect nature from wherever you are.