Zebras on the Move 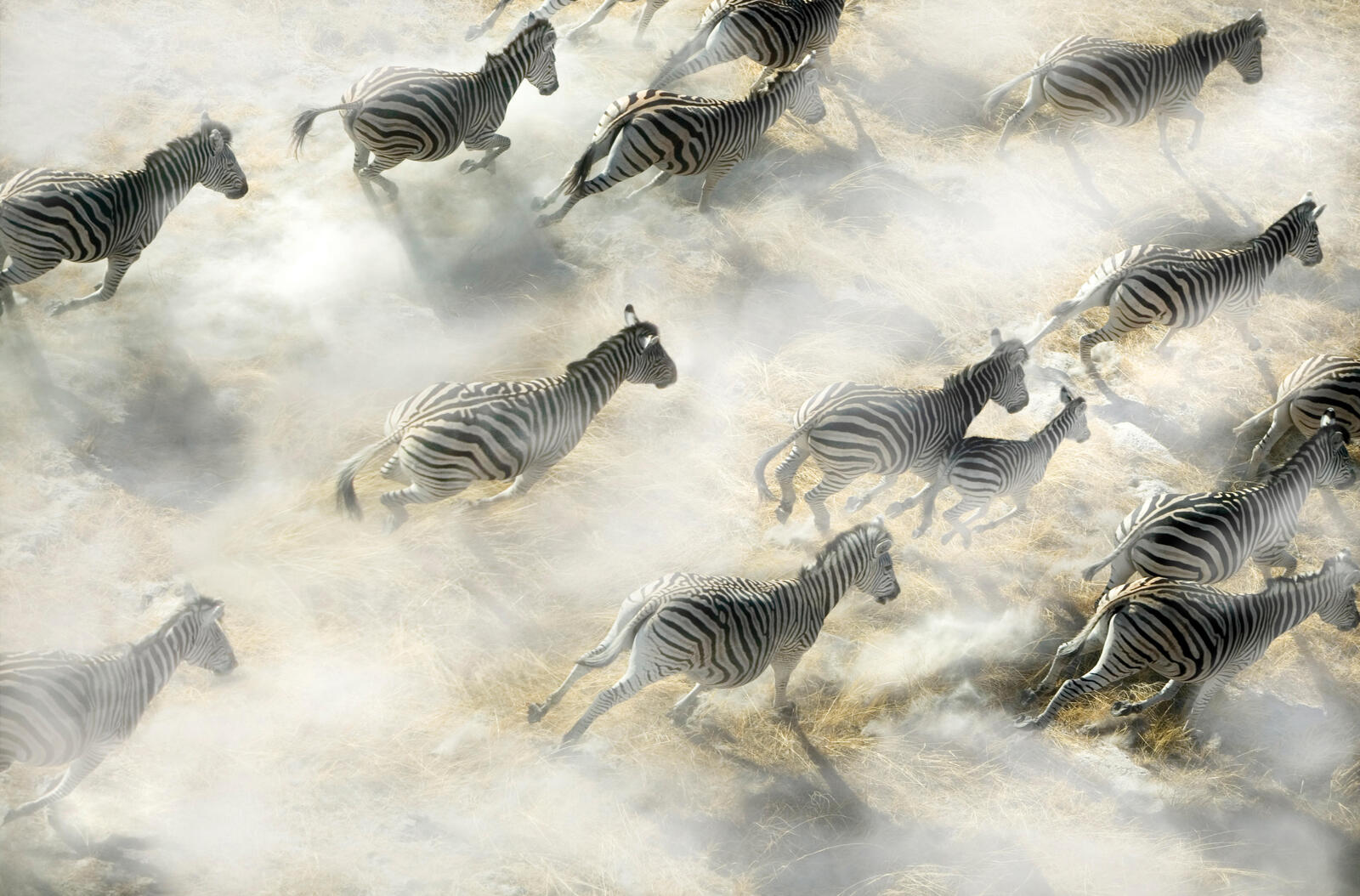 Suspended in a low-flying helicopter above the floodplains of Namibia’s Chobe River, a team of researchers scans a sea of black and white stripes. Spotting a female Burchell’s zebra in good condition, they circle lower. The chopper dives, a veterinarian darts the animal, the sedative takes effect and the zebra settles to the ground. The team lands and sprints to her side.

As one scientist blindfolds the animal to keep her calm, others work quickly to affix a satellite collar and collect blood samples before racing back to the chopper. Within minutes, the zebra stands and rejoins her group. Similar missions in Namibia and Botswana successfully collar seven additional females.

The collars pump out four to five GPS locations per day, allowing researchers to document that these animals (and approximately 2,000 others) migrate more than 150 miles in a nearly straight line, from the Chobe River to Botswana’s Nxai Pan National Park.

While the study’s original aim was to determine where the animals went during the wet season, the researchers also discovered something unexpected: the longest documented land-mammal migration in Africa.

“Regardless of whether this migration is a fixed route or fluctuates due to environmental drivers, it points to the importance of continued research on the world’s migratory species,” says study lead author and WWF senior scientist Dr. Robin Naidoo. “It also reiterates the importance of conserving the large, wide-open spaces migratory species require.”

Learn more about the zebra migration.