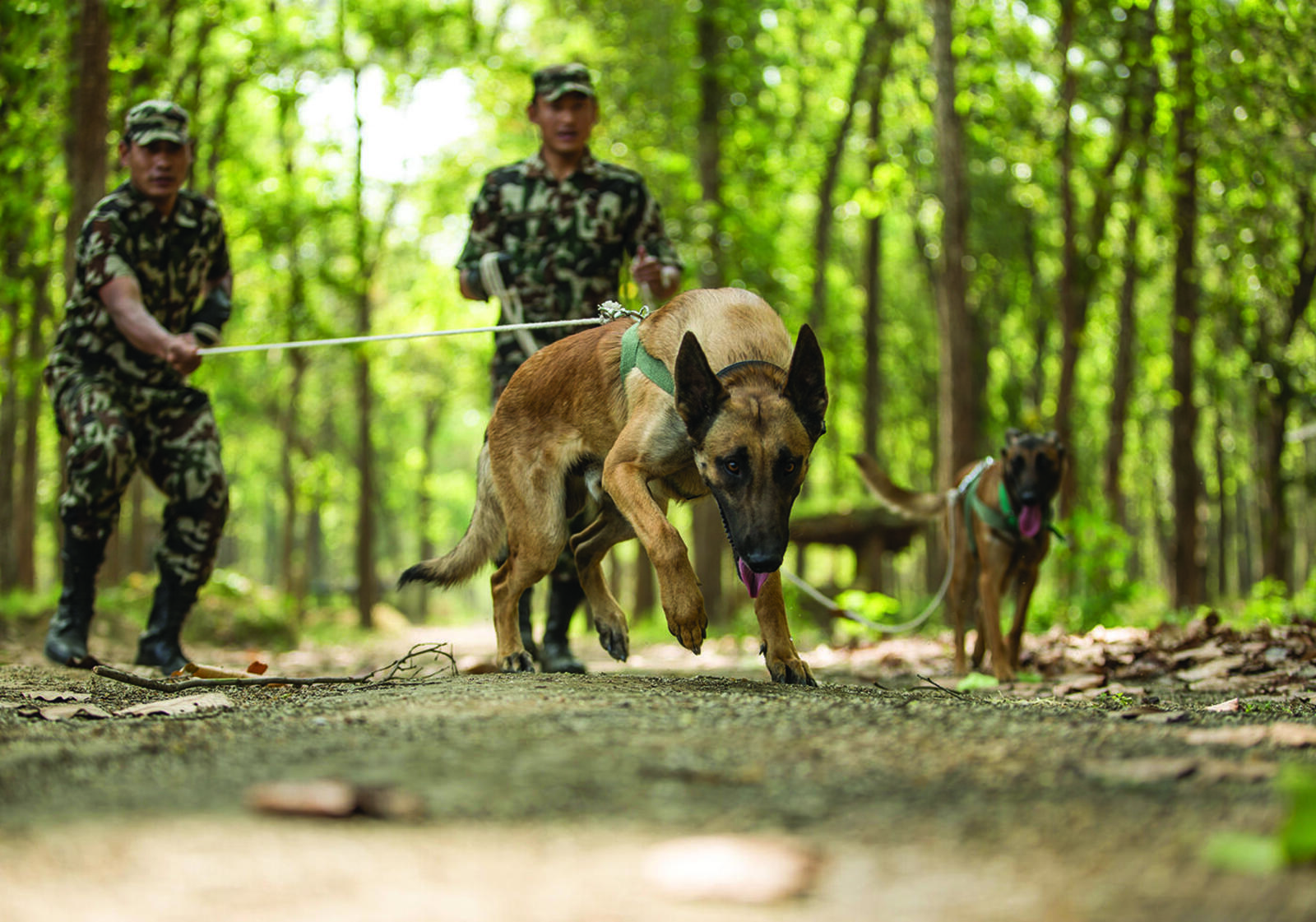 The morning is hot and quiet around Kishor Rai and Suman Shrestha as they walk through a shady stretch of Nepal’s Chitwan National Park. Their Belgian shepherds, Murray and Sears, pant gently alongside them. Their April day is off to an ordinary start: They rose at 6:00 a.m., trained with the dogs from 7:00 a.m. to 9:00 a.m., rested, and headed to the woods for a practice patrol.

The goal of that practice? Catching poachers. Three years ago, officials found the carcass of a one-horned rhino in the park, her horn hacked off by a poacher. Police dogs were sent from Kathmandu to pursue the culprit, whose trail they tracked to the Indian border—but in the time it took to transport the dogs to the park, the poacher escaped. That was the only rhino Nepal lost to poaching that year.

Now Chitwan has Rai, Shrestha, Murray, and Sears as its own sniffer dog team. (The dogs are named after British tennis star Andy Murray, a WWF global ambassador who helped fund the project, and his wife, Kim Sears.) The park worked with WWF and the Nepal Army, which Rai and Shrestha are part of, to launch the initiative last year. After completing initial training together in India, the dogs and their handlers arrived at Chitwan in February.

Ongoing exposure is key. When the team encounters two different rhinos on patrol, it’s clear from the dogs’ curiosity that they’re still smelling something new—a scent their powerful noses are sure to retain. And, says Rai, with the canines’ sharp noses on board, the park expects to dramatically strengthen its antipoaching success.