WWF's Dr. Rebecca Shaw on an integrated approach to science 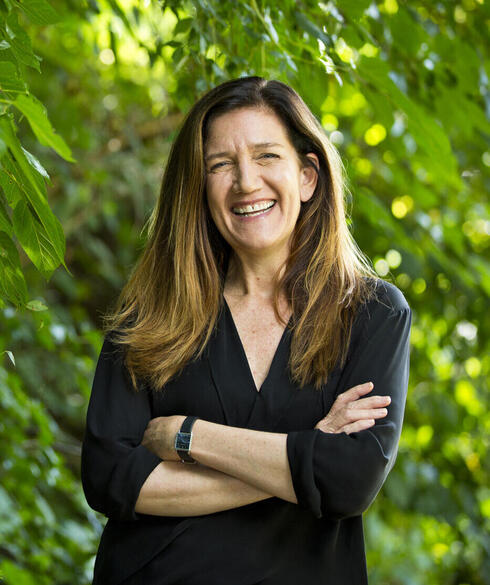 Dr. Rebecca Shaw, WWF’s chief scientist, has been working to solve conservation and climate change problems for more than 30 years. She joined WWF after serving in key science and leadership roles at the Environmental Defense Fund, The Nature Conservancy, and Stanford University. At WWF, Dr. Shaw leads an interdisciplinary approach to science that draws on the best research from ecology, economics, and the political and social sciences to generate big, cutting edge ideas for protecting the planet.

When I was younger, I wanted to cure cancer. At that time, I didn’t have a real sense of all the ways in which you can be impactful in life, but I knew I wanted to do something meaningful. In high school I thought my only choices were to be a doctor or a lawyer, or to go into business.

I chose to major in pre-med in college, but began taking environmental field courses on the side. In one class we traveled to islands all along the Baja Peninsula to study scorpions. It was extraordinary, and it really opened up a whole new world to me.

Right after college, I got a job as a research assistant in Brazil. I lived with a group of scientists on a floating raft in a remote section of the Amazon River. The water would rise, and our raft would rise with it. We lived as part of the river. Where others might have been put off by the insects and thick vegetation, I was in love with everything I could see.

Within the year or so that I was down there, I saw the forest around us go from being totally pristine to 70% deforested. The Brazilian government at that time was handing out tracts of forest, encouraging families to leave overcrowded urban favelas and settle in the Amazon. One governor was even handing out chainsaws! Around the same time, there was increasing interest among scientists and the media about the connection between deforestation and climate change. I wanted to understand how the forest loss I was seeing in that remote area of Brazil was both impacting and being impacted by larger global dynamics.

After that, it was clear to me that conservation was my calling, not medical school. I entered UC Berkeley, where I completed my masters in environmental policy and PhD in energy and resources. Because of my experience in the Amazon, my graduate work focused on climate, specifically the impacts of climate change on biodiversity and ecosystem services, as well as the economic drivers behind it.

For someone who has spent much of her career on climate change, now is an exhilarating time. The 2015 Paris climate agreement marked a turning point; countries came to the table with concrete commitments. At the same time, many corporations now see climate change as a risk to their long-term viability. They are turning to NGOs and scientists to ask for help.

“I am interested in the many overlapping forces at play—the economic, social, political, and energy systems— that shape the environment.”

What really excites me is the fact that WWF is at the forefront of understanding how much things are changing. WWF recognizes that we have to act differently. We have to bring different expertise to the table to find solutions, and WWF can do that like no other organization can. It’s not just its size, it’s the way it interacts with people across the planet. As an institution, it has amazing reach, it has earned amazing respect, it has the integrity to take on these issues in a fundamentally new way—and it has heart like there’s no tomorrow.

It’s a great time to be in conservation because new connections are emerging between business, the academic sector, nonprofit organizations, and governments. I have often stood apart from other scientists in the conservation field who are focused on pure biological science. I am interested in the many overlapping forces at play—the economic, social, political, and energy systems—that shape the environment. We now have the capacity to integrate information across these systems to find new solutions, measure impacts better, and make smarter decisions. It means the way we think about science has to be a lot broader than it has been in the past.

WWF understands this, and has a deep history of working with communities and corporations. The challenge before us now is to listen well, to up our game once again, and to lead our partners into a new framework for advancing conservation. I’m excited to make science at WWF a major player in driving this change.

Hear from Dr. Rebecca Shaw and other experts at November's Fuller Symposium.