WWF marks victories for wildlife in 2017

Even as so many species faced both new and ongoing challenges, WWF tackled those threats head-on 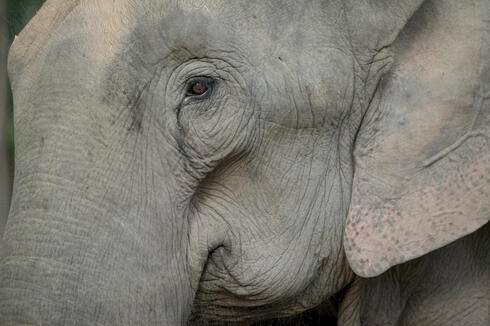 Most Asian elephants are tuskless, sparing them the decimation suffered by their tusked African counterparts in service of the ivory trade. This year, however, saw a sudden uptick in elephant poaching in the southeast Asian country of Myanmar, fueling a burgeoning market for elephant skin. Adults and calves alike have been slaughtered, and by June poaching rates had surpassed the country’s annual average.

WWF took immediate action to stem the tide. With contributions from more than 1,200 supporters, WWF organized antipoaching units in cooperation with Myanmar’s Ministry of Natural Resources and Environmental Conservation, the Smithsonian Conservation Biology Institute, and the International Elephant Foundation. The trainees for the new antipoaching units are mahouts—elephant riders, trainers, and keepers—who work for government-run logging camps that employ thousands of working elephants. Having patrolled for human-elephant conflict in the past, the mahouts are now also armed with the training needed to patrol for poaching. 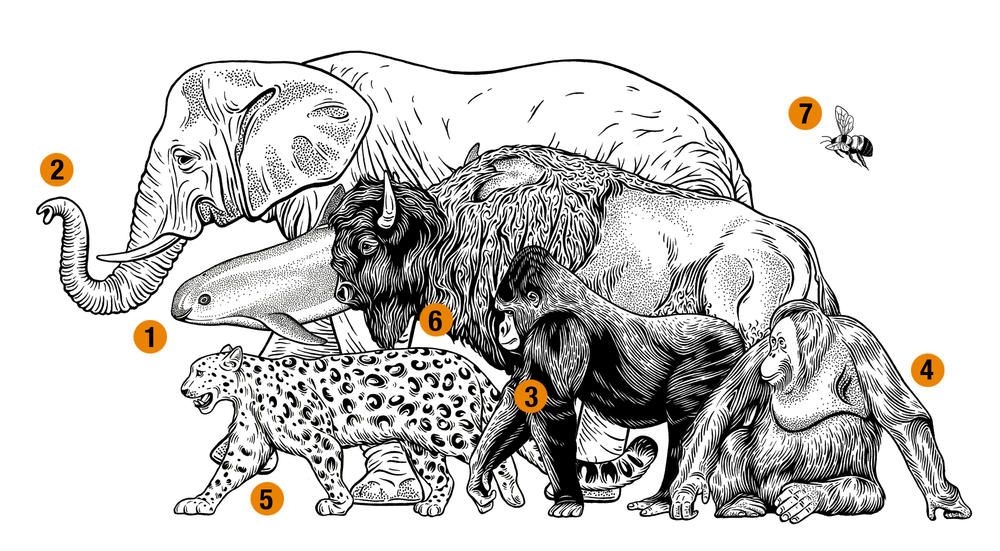 Illustrations are not to scale.

There are fewer than 30 vaquitas left on Earth. The recent, rapid decline in the porpoise’s population can be attributed to gillnet fishing in the Upper Gulf of California, the vaquita’s home range. In June, the Mexican government permanently banned gillnets in the area, but illegal fishing persists. So, in conjunction with Mexico’s effort to capture and protect the remaining vaquitas, WWF is working to ensure a thriving, gillnet-free habitat for the world’s smallest, most endangered porpoise.

On New Year’s Eve 2016, the Chinese government announced that it would close all of the nation’s legal ivory markets by the end of 2017. In March, the country implemented the  first phase, closing 12 of its 34 licensed ivory carving factories and 55 of its 130 retail ivory shops. In conjunction with the US government’s commitment to ban domestic sales, China’s actions send a strong market signal that ivory sales are off the table, and serve as a model for other Asian nations.

The Tri-National Dja-Odzala-Minkébé (TRIDOM) forest covers nearly 69,000 square miles—or 10% of the Congo Basin rain forest—in Cameroon, the Republic of the Congo, and Gabon. TRIDOM is a vital landscape for Africa’s wildlife, including some 18,000 forest elephants and populations of western lowland gorillas and central chimpanzees. Midyear reports from the region indicated stable populations of great apes and a serious disruption in ivory poaching in parts of TRIDOM’s Congo segment. Successful law enforcement and preventive patrolling are credited with the positive news.

In a region plagued by deforestation, a newborn orangutan is a symbol of hope. The baby was born to one of the dozens of orangutans that have been reintroduced into the wild in Bukit Tigapuluh, or Thirty Hills, the last rain forest stronghold in Central Sumatra. The orangutans, most of which were rescued from the pet trade, are rehabilitated in the Frankfurt Zoological Society’s “jungle school.” In addition to more than 160 orangutans, Thirty Hills is home to Sumatran elephants, rhinos, and tigers. WWF and partners are managing Thirty Hills to ensure its long-term survival.

Across the snow leopard’s range, the WWF-USAID Asia High Mountains Project maps the connections between water resources and snow leopard habitat under different climate scenarios and develops collaborative plans to improve management of the landscape. The project integrates climate adaptation with snow leopard conservation through community-led surveys of snow leopards and their prey; community management of grasslands and livestock; the protection of water sources; and improved farming practices in high mountain communities.

Badlands National Park launched its $1 million Bison Steward Program in March, with the goal of expanding the range of bison grazing on its lands. By matching funding from WWF and the National Parks Foundation, the National Park Service will expand its current bison grazing land by 22,533 acres, contributing to the overall health of the herd. Nearly 2,500 WWF members and other generous partners made WWF’s donation possible.

On March 23, the rusty-patched bumblebee became the first species of native North American bee to receive protection under the Endangered Species Act. The species has been in decline for the past 15 years due to habitat loss and an invasive pathogen that appears to have been introduced through bumblebees bred for commercial crop pollination. By sharing the story widely, staff from WWF’s Northern Great Plains office played a key role in giving this imperiled bee a fighting chance.