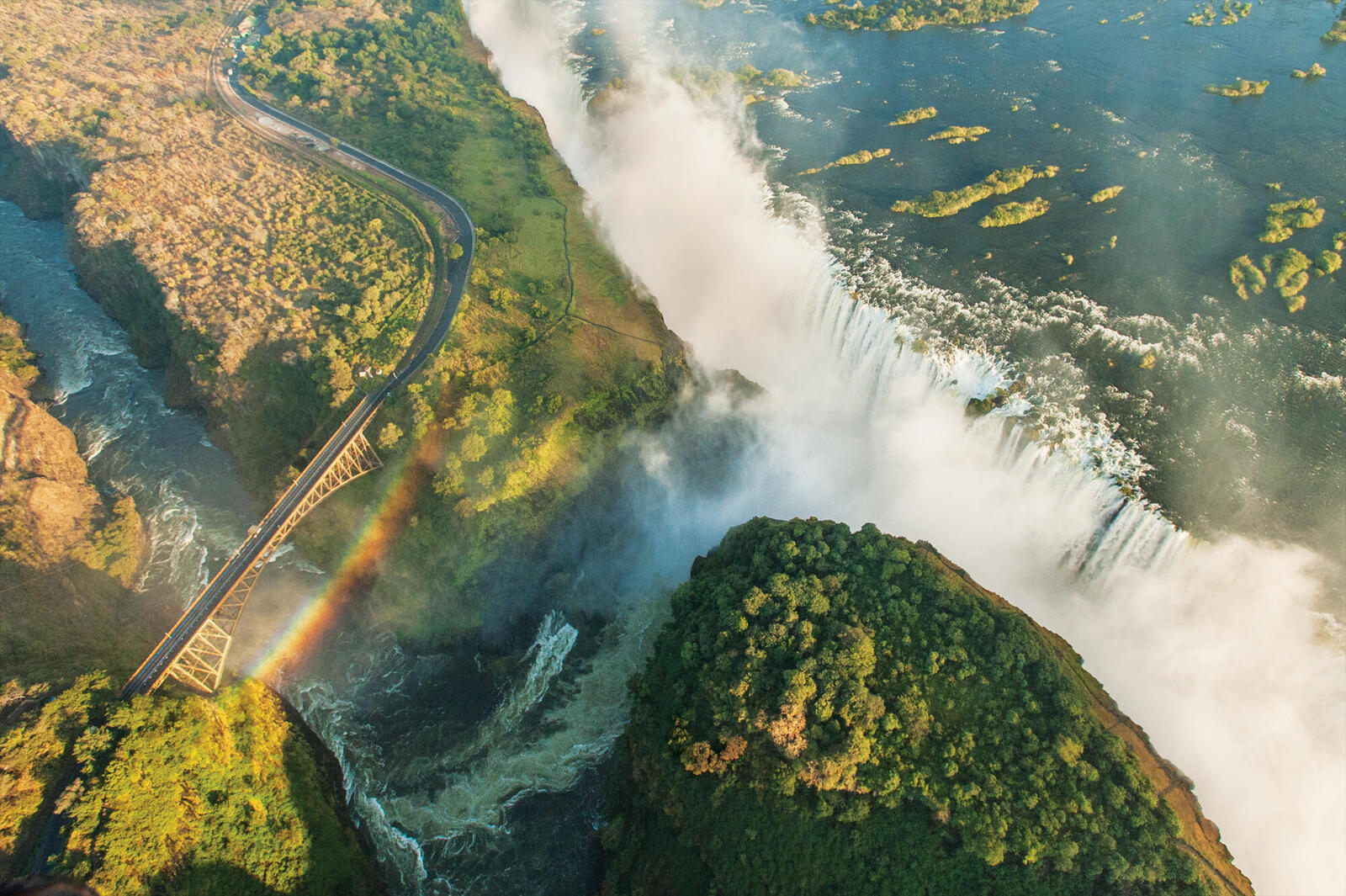 Farmer and village head George Shoko, from Chisuma village near Victoria Falls in Zimbabwe, clearly remembers the last big thunderstorm he experienced. It was 11 years ago, and it caused flooding. Now, he says, there is less rain each year, it falls later than before, and the weather seems hotter.

“We no longer practice rainmaking ceremonies. Survival is uncertain. Some of us have even stopped farming altogether,” he observes.

His home in Zimbabwe’s Matabeleland North Province lies within the Kavango-Zambezi Transfrontier Conservation Area (KAZA), the five-country expanse that’s been formed to protect biodiversity while supporting people who live in the landscape. It is not far from the Zambezi River, but despite the volume of water that flows over Victoria Falls and through the gorge below, it is a water-scarce area, and there is no direct access to the Zambezi River, which lies across the gorge.

“[Around Victoria Falls], people walk between three and 12 miles for water. Sometimes, they encounter elephants on the way. We lost three people in our community last year due to conflict with elephants,” says Charlene Hewat, director of the nonprofit organization Greenline Africa Trust. Hewat has been working with WWF to collect data on how people living around Victoria Falls experience climate change.

According to Nikhil Advani, WWF’s director for climate, communities and wildlife, while we know that most of southern Africa experiences a single rainfall season between October and April, there is a lack of good weather data on Africa in general, and this in turn influences our ability to develop suitable climate projections. However, it’s considered very likely that Africa will continue to warm during the 21st century, and there is some confidence in projections suggesting reduced rainfall during southern Africa’s winter months.

“Perhaps of greater importance are observed weather patterns we are already seeing,” he says. “As is the case through much of sub-Saharan Africa, seasonality of rainfall is shifting considerably, and this, along with climate extremes such as drought, is likely to have the most significant impact on communities in the KAZA region, including around Victoria Falls.”

“A lack of good weather data on Africa in general... influences our ability to develop suitable climate projections.”

From the 44 interviews (25 women, 19 men) Greenline Africa Trust conducted, access to water and human-wildlife conflict emerged as two big challenges. Two-thirds of respondents said there was less freshwater, while 61% experienced more frequent conflicts with wildlife, which compete with livestock for water and enter farms and villages in search of food. Insufficient water combined with an increase in the prevalence of pests (reported by 57% of respondents) contributed to crop failure, and many farmers reported selling off livestock they could no longer feed.

As peoples’ livelihoods become more vulnerable, they turn to natural resources. A little over a third of those interviewed noted that such coping strategies were negatively affecting the environment. Brick-making, for example, requires large quantities of firewood during the firing process, so it drives deforestation; in turn, the removal of trees contributes to siltation and land degradation along the riverbanks.

“It really is all connected, so trying to reduce all the stressors is important, because we can’t control the rainfall. We just have to hope it comes,” says Advani.

He’s excited by the results of pilot projects implemented with farmers around Victoria Falls to improve crop yields using conservation agriculture and drip irrigation. Other interventions like reforestation and fuel-efficient cookstoves have shown promise in reducing pressure on natural ecosystems.

The Manyika family farm, on a small piece of land about 15 miles from Victoria Falls, suggests what successful adaptation looks like. The family is part of the Inchelela Farmers Network, which, supported by WWF, began supplying hotels and lodges in Victoria Falls with fresh produce this year. In March 2020, when COVID-19 abruptly halted sales, the farmers bartered tomatoes for maize, sorghum, and millet—a practical innovation in a cash-poor economy like Zimbabwe. Stanley Manyika and his wife plan to sell the extra grains later in the year, “when people start running out of food.”

According to Hewat, more farmers are starting to think long term and are investing in their own land and water provisioning to improve their yields.

A long-time conservationist, Hewat says she realized very early on that “if we don’t involve communities in conservation in a meaningful way, there is no hope for conservation.” And, she says, “access to water is fundamental.”