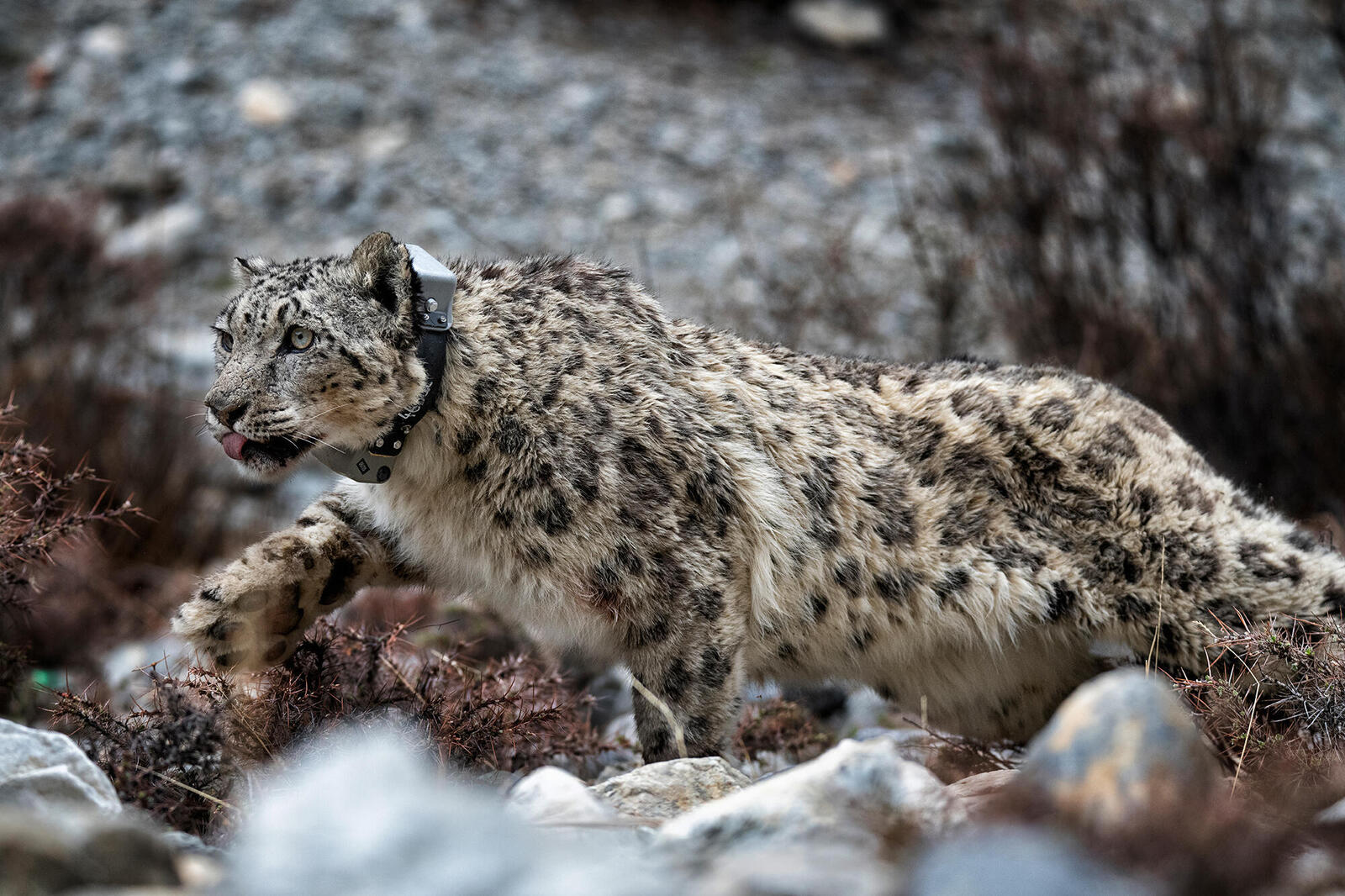 In May 2021, a team of WWF scientists, national park staff, veterinarians, and 17 citizen scientists set out on an expedition in the Dolpo region of Shey Phoksundo National Park. They were hoping to collar snow leopards—solitary, elusive big cats that inhabit the Himalayas’ most unforgiving terrain: high-mountain peaks with steep cliffs, where the air is thin and temperatures easily plummet to below freezing.

After trekking the Tibetan plateau for four days—with guidance from local people, camera monitors, and a radio tower—the group successfully located, sedated, and collared two male snow leopards. The GPS collars will fall off automatically after 65 weeks, but in the meantime they will periodically transmit the felines’ locations, giving biologists a more detailed view of the animals’ behavior, core habitats, and movements through the landscape.

Though snow leopard research has increased exponentially in the past 40 years, remarkably little is known about the species: Less than 23% of its range in Nepal has been studied in the past century, and the scientific community lacks a comprehensive population estimate.

With collaring, researchers can begin to bridge that gap. And when combined with local knowledge, the data collected can guide them in developing more effective conservation strategies to protect both snow leopards and the well-being of the communities in snow leopard territory.