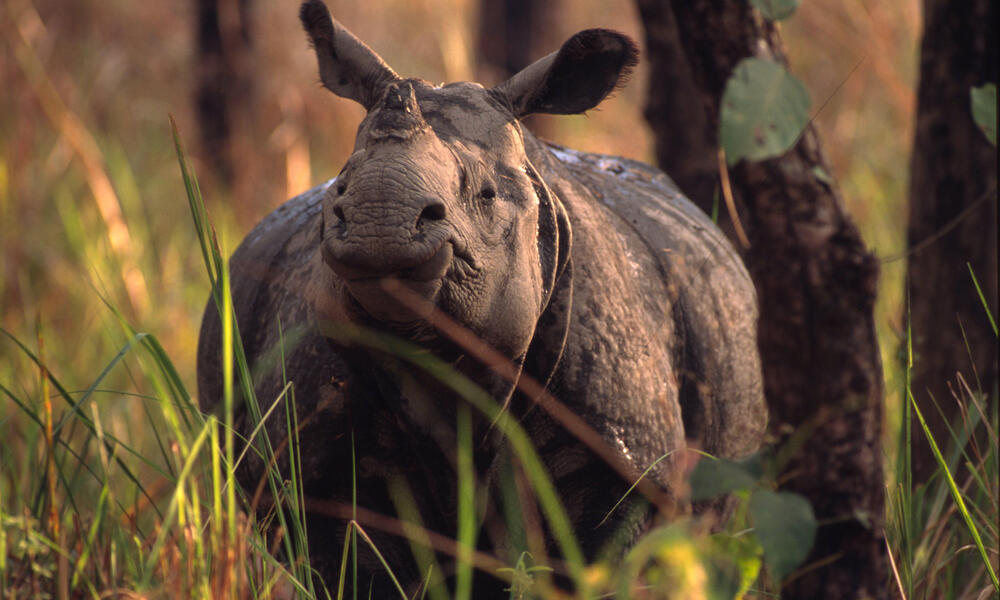 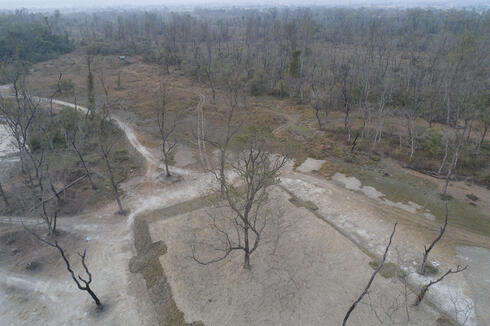 Most of Nepal’s one-horned rhino population is found in Chitwan National Park. While the park and its vicinity provide suitable habitat for rhinos, the area is highly susceptible to flash floods. According to a 2017 national assessment, the intensity and magnitude of precipitation events in Nepal have increased over the past few decades due to climate change and are highly likely to worsen further in the coming years. Within Chitwan National Park, thousands of animals have reportedly died as a result of recent flooding, including two One-horned rhinos. An additional ten rhinos were swept away across the border with India and had to be transported back to the park, which required significant technical and financial resources.

In 2018, this project funded by WWF’s Wildlife Adaptation Innovation Fund, constructed a raised soil mound in a buffer area of Chitwan National Park to serve as a refuge for rhinos and other wildlife during extreme flooding events. To determine the location of the mound, project staff conducted an analysis based on a variety of factors including regional precipitation patterns, elevation, proximity to flood prone rivers, presence of resident rhino populations, distance from settlements and agricultural land considering the potential for conflicts and security issues to arise, recommendations by park authorities, site visits, and, most importantly, consultations and approval by local communities.

An area within the northern buffer zone of the park along the Narayani River was selected as the site for construction of the 40 meter X 30 meter X 2 meter mound. Construction of the mound was completed in January 2019. The soil excavated to construct the mound resulted in the creation of a nearby waterhole. Project staff set up camera traps at the project site to monitor usage of the mound and surrounding area by wildlife. Rhinos have been observed in the vicinity of the mound, as well as using the waterhole which also functions as a mud bath. Other wildlife species have also been documented on and around the mound. Ongoing monitoring over the coming years will assess the use of the mound and its ability to provide refuge to rhinos and other wildlife during severe flooding events.