Creating Wildlife Corridors for Tigers in the Churia range, Nepal 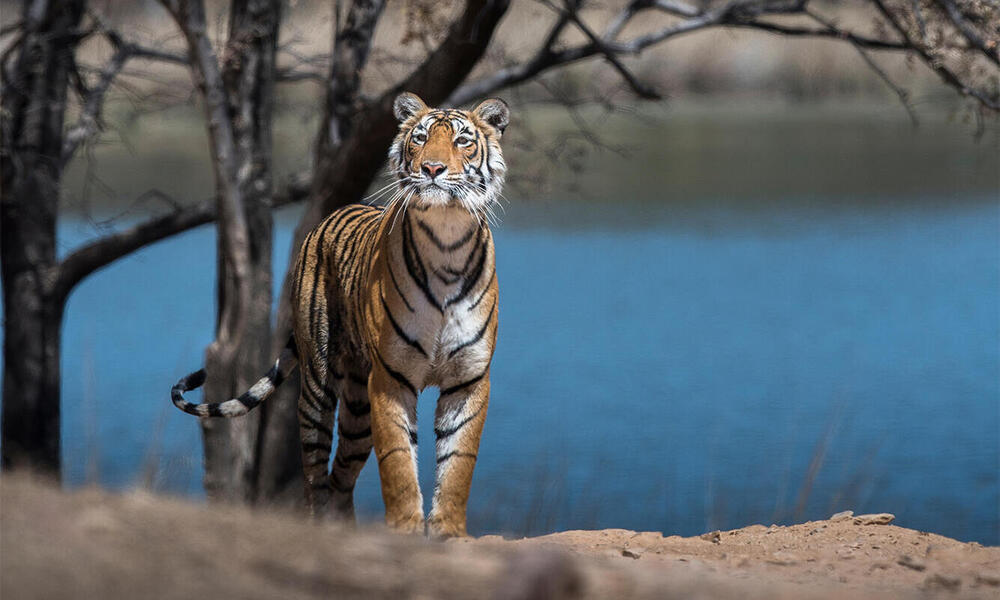 Tiger populations have faced significant declines in recent years due to poaching, dwindling prey sources, and habitat loss. However, among the humid evergreen forests, dry open jungle, and grassy swamps of southern Nepal, tiger populations are rising and are now predicted to double by 2022. Climate change threatens this progress. Hotter temperatures, increased flooding, and prolonged dry spells are expected to endanger existing tiger and prey habitats. In April of 2020, Nepal’s first high-altitude tiger was documented at 8,200 feet above sea level. This finding is likely not an isolated incident, as species shift their ranges to higher altitudes and latitudes in response to a warming climate.

WWF, in collaboration with community forest user groups, non-governmental organizationss, and local government, will help improve habitat for Nepal’s tigers and their prey base (including wild boar, barking deer, and goral) at higher elevations, where temperatures are cooler and water more abundant, by constructing eight strategically placed artificial ponds. The intervention sites have been carefully selected and assessed through consultations and field visits. The ponds will collect water from nearby springs and feature a wildlife-friendly design to mitigate any risk to animals. During field observation of the intervention sites, differences in the physical qualities of each site were assessed in order to determine their impact on the construction timeline and estimated costs for each pond. Once constructed, project staff will monitor the movement of wild animals around the water sources at three different times: before pond construction, during the monsoon season, and after the monsoon season. The project will also decrease the risk of tigers moving outward into human settlements in search of prey and habitat.