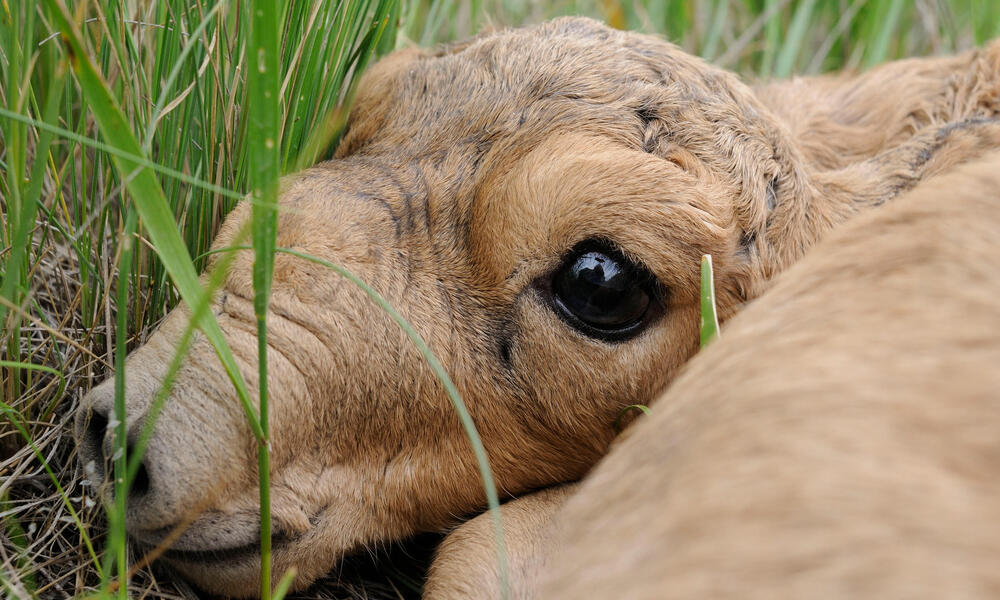 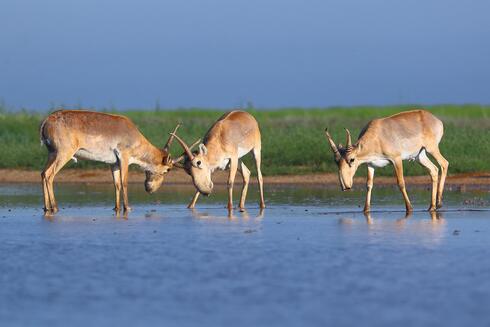 Over the past few decades, temperatures in the Northwest Pre-Caspian Region of Russia have risen while precipitation has declined. Driven by a changing climate, these shifts have caused small lakes and streams to dry up during the summer months posing a problem for the endangered saiga antelope (Saiga tatarica tatarica). The Russian population of saiga is one of the smallest, numbering only 5,000 individuals prior to the start of this project, the majority of which live in the Stepnoi Wildlife Refuge. Water holes play an important role in their life cycle, especially in the beginning and middle of summer during the calving period. Calf survival largely depends on the availability of water, and saiga females choose locations for calving sites in close proximity to water sources.

Several abandoned artesian wells installed during the Soviet era remain in the refuge, but over the years, sediment has built up and blocked their flow. This pilot project, funded by WWF’s Wildlife Adaptation Innovation Fund, aimed to make more water available for saiga antelope by restoring three of these wells within the Stepnoi wildlife refuge. A team of geologists commissioned by WWF assessed the area to determine which wells were most feasible to fix, while also being far enough away from each other to avoid overcrowding.

Park authorities completed repairs in late 2018 and water flow at each well has improved drastically, at least doubling at all three wells. Camera traps have been installed at each of the wells to monitor animal activity. Saiga antelope have been using the wells, along with other animals such as foxes and wolves. The intervention will also help reduce competition between livestock and wildlife for water resources and decrease poaching of Saiga Antelope as they spend less time outside the protected area searching for water. Experts now estimate the population of saiga has reached 7,000 individuals, but additional adaptation measures are needed to ensure the long-term viability of this unique and iconic species.