Grassland creation and water provision for tiger prey in Thailand 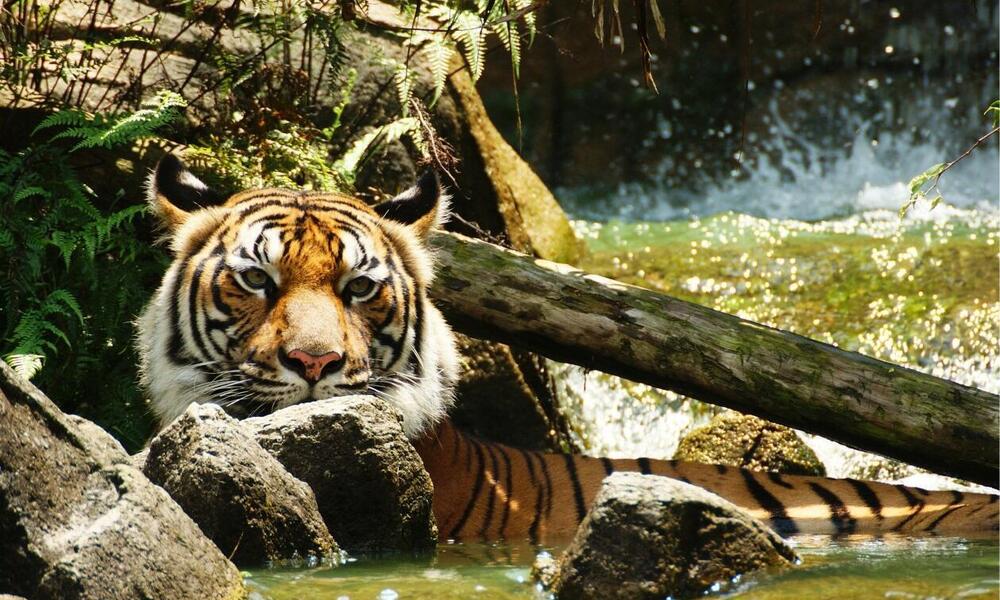 On the border with Myanmar, Kaeng Krachan is Thailand’s largest national park, part of the Dawna Tenasserim landscape, and native habitat for tigers. Due to historic poaching, however, there are only a handful of tigers remaining in the park. Recent efforts to reestablish the tiger population have been hampered by low prey abundance, with only around seven individuals per 250 acres, paling in comparison to the 90 individuals per 250 acres found in India’s tiger-rich protected areas.

Thailand is in the midst of its worst drought in 40 years. As a result, sources of freshwater have been depleted, harming tiger prey species like sambar deer, barking deer, gaur, and wild boar. Most of these species are highly dependent on drinking water and reduced water availability increases stress in individuals. Additionally, in their search for water, wildlife will often move outside of park boundaries and closer to communities, which can lead to fraught encounters between people and animals.

To boost prey populations, WWF worked with Thailand’s Department of National Parks to improve habitat in Kaeng Krachan National Park using various techniques. We cleared 79 acres of undergrowth and weeds and seeded the area with plants that tiger prey can consume. We also replenished a water hole which now stores almost 30,000 liters of water and are maintaining several salt licks. And we installed a weather station to collect weather data and automatically upload it to the cloud and are using camera traps to record species' use of the various interventions. Based on camera trap imagery, park authorities have already observed abundant gaur, as well as sambar and elephants at the project site. Most notably, a male tiger was spotted with a female tiger nearby the project site.