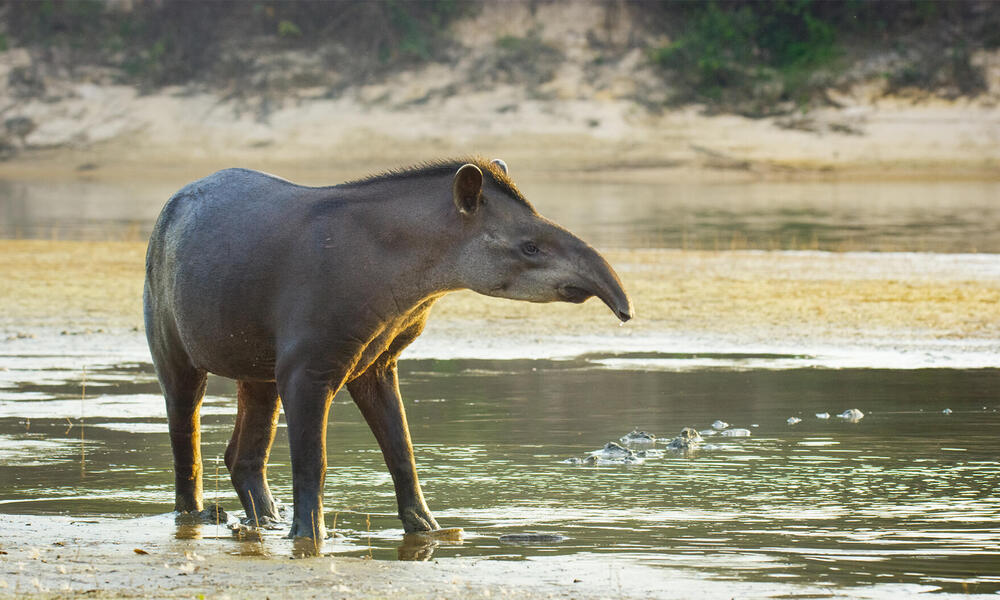 Situated at the base of Mexico’s Yucatan Peninsula, the Calakmul Biosphere Reserve spans 1.8 million acres of Mesoamerica’s Maya forest and is home to a diverse array of flora and fauna, such as the iconic and threatened Central American tapir, white-lipped peccary, ornate hawk-eagle, and the second-largest jaguar population on the continent. In recent years, however, there have been changes in precipitation patterns, including prolonged drought. Droughts in 2018 and 2019 affected the seasonal small bodies of surface water that are locally known as "aguadas." These sites play a fundamental ecological role as the main sources of water available for animals during the dry season. During the 2018 and 2019 droughts, 18 tapirs were found dehydrated, and some recovered while others perished.

An adult male tapir was fitted with a GPS collar so that scientists could follow its movements and better understand how it uses water during the dry season. To date, the collar has generated approximately 300 location points, allowing experts to estimate its home range and its movements, which followed a pattern toward the water sources. This study was also complemented by the analysis of drought data from satellite images.