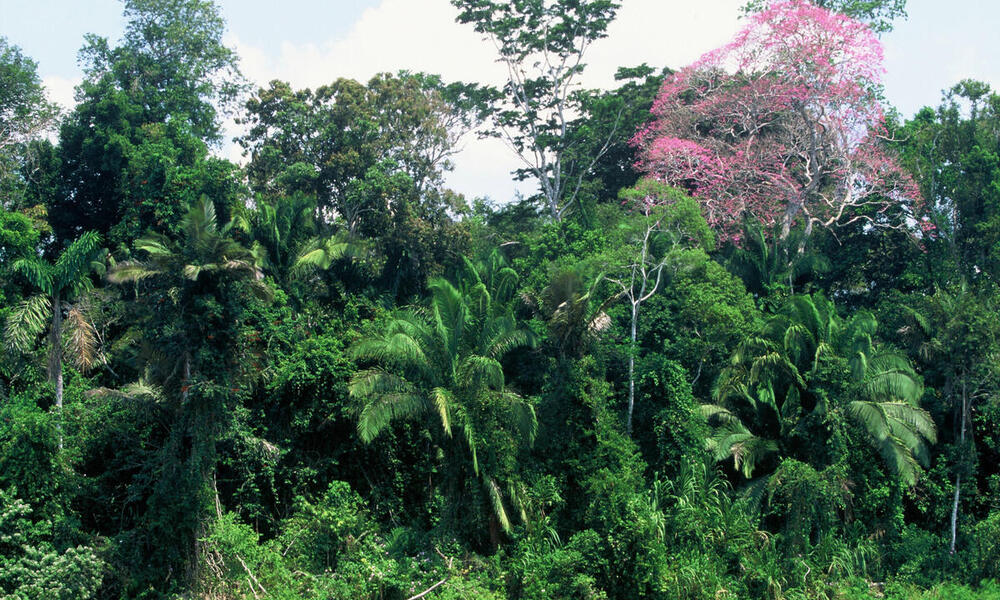 Located in southeastern Peru, the forest of Madre de Dios is considered the country’s biodiversity capital and makes up 15% of the Peruvian Amazon. Indeed, Madre de Dios is one of the most biodiverse places in the world. Its 21 million acres (8.5 million hectares) of well-preserved territory are home to the world’s greatest concentration of bird species as well as healthy populations of jaguar, tapir, and other large Amazonian mammals. It’s also home to around 200,000 people, including 32 Indigenous communities, several of which live in voluntary isolation.

Madre de Dios has around 45% of its area designated as Natural Protected Areas (ANPs), maintaining at least 93% of the original forest cover. Despite having five ANPs and the largest Forest Stewardship Council® (FSC®)-certified managed forest area in Latin America, this region is threatened by illegal mining and logging, expanding agriculture, and extreme weather events.

WWF and HP's work here will deliver high-quality climate, landscape and community benefits by improving responsible forest management practices in a targeted area of almost 250,000 acres (100,000 hectares). In addition, we intend to restore and connect over 1,200 acres (500 hectares) of key jaguar habitat with native plant species.