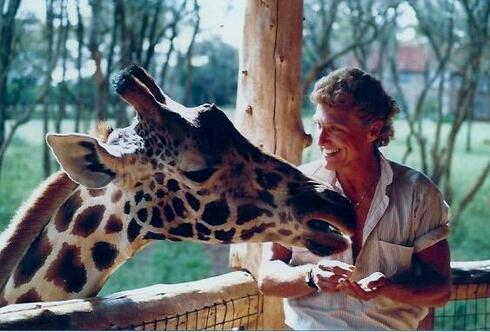 World Wildlife Fund is pleased to announce a recent, generous bequest from Mark Hopkins Schell. It was Mark’s hope that his visionary gift would inspire others to support animal conservation and help build a brighter future and a better tomorrow for all creatures on Earth. In honor of his gift, we remember the life and vision of Mark Hopkins Schell.

Mark Hopkins Schell was a model, actor, successful business owner, and philanthropist. Known by friends as “Sparky”, Mark had a charismatic personality and a wicked sense of humor that drew everyone to him.

Mark was driven by his love and compassion for animals, big and small. In fact, according to his lifelong friend and Trustee of his trust, Pamela Thorsch, “Mark liked animals more than most people.” As a child growing up in Maryland and then California, his family’s pet dog was a source of comfort and joy through a tumultuous and unhappy childhood. In adulthood, the companionship of his dogs—first a Saint Bernard, then several Akitas—helped him through the many ups and downs of life.

To Mark, dogs were more than companions. They were his friends, his equals. Their intelligence, sensitivity, strength, curiosity, and unconditional love gave him boundless joy.

It was this understanding of animals’ innate humanity that inspired Mark’s lifelong passion for wildlife. In the 1980s, Mark traveled to Africa. His experiences there had a huge impact on his life and fueled his interest in wildlife conservation. While in Africa, Mark witnessed firsthand how vulnerable local communities and species like elephants, giraffes, and rhinos were to the threats of a rapidly-developing, modern world. It was on that safari that Mark realized the extent to which humans and wildlife—in Africa and beyond—needed advocates and support.

This realization was the impetus for Mark’s decision to leave a large portion of his estate to animal conservation organizations, including a generous bequest to WWF.

“Mark felt it was our collective responsibility to protect nature. What was most important to him was making a real difference for the animals we share this planet with and giving them a voice,” explains Thorsch.

In honor of Mark’s legacy and in recognition of his love for African wildlife, WWF is dedicating our work this year on several projects in Africa benefitting the animals he loved so much.

Robin Naidoo, PhD, WWF Senior Conservation Scientist, explains the impact of Mark’s generous philanthropy: “The fundamental premise of KAZA is that wildlife-based tourism can contribute to bettering the lives of the rural poor who live in the region. In order for that to happen, we need to understand how wildlife use this area, so that we can conserve them using wildlife management practices based on the best available science. The gift from Mr. Schell will allow us to synthesize a huge amount of data on numerous large wildlife species and generate important information on wildlife movements and migrations – information that the KAZA countries can use to manage their wildlife for the benefit of all.”

It is our sincere hope that WWF’s many conservation successes in Africa and beyond will serve a fitting tribute to Mark Hopkins Schell’s extraordinary legacy.

To learn more about making a legacy gift in support of WWF’s global conservation efforts, please contact WWF at (888) 993-9455 or www.worldwildlife.org/legacy.