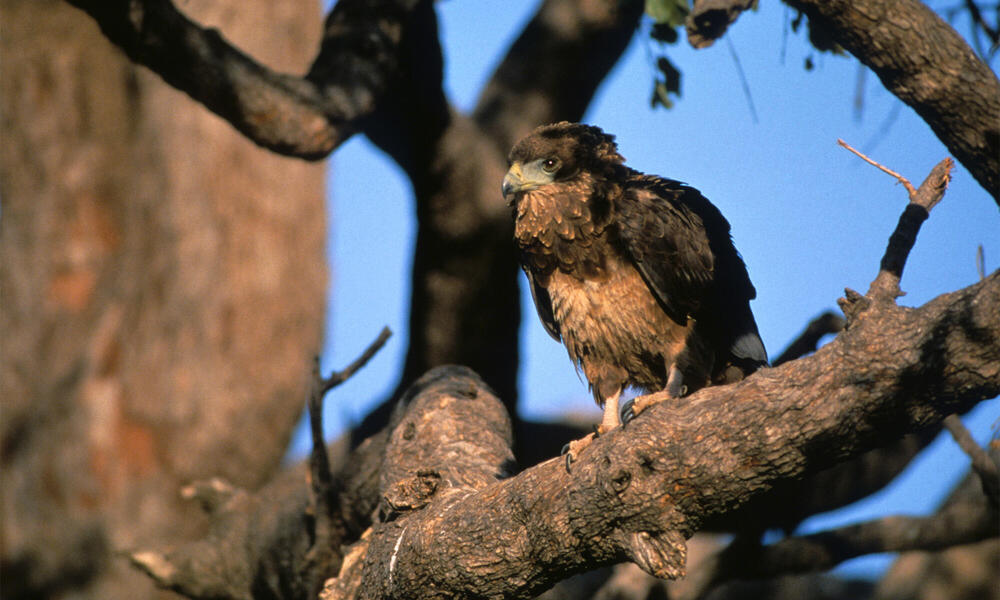 The Tankwa Karoo is South Africa’s most extreme desert. Air temperatures regularly exceed 104°F in the summer and sometimes reach 122°F. Average annual rainfall is less than 2.7 inches. As the climate changes, the region is becoming hotter and drier. These conditions pose serious challenges for the birds that live in the Tankwa Karoo, not least because as conditions get hotter birds will need more water to keep cool. The accessibility of water is therefore of paramount importance for the survival of Tankwa Karoo’s birds. Ground surface temperatures near the water can approach 140°F on a warm day: well in excess of temperatures most small birds can survive for any length of time. Desert birds, therefore, face a dire conundrum as the world heats up: to risk either dehydration or the potentially lethal temperatures at the waterside.

WWF partnered with South African National Parks and University of Cape Town’s FitzPatrick Institute of African Ornithology to trial a solution to mitigate the impact of extreme heat: providing artificial shade at waterholes. We built shade structures (wooden frames with heavy shade cloth tacked over them) and installed these beside waterholes in the Tankwa Karoo National Park, to lower ground surface temperatures, allowing birds to safely access water during periods of extreme heat. A “before-after control-impact” experimental design was used to assess whether the birds would accept the shade structures and if the provision of shade allowed them to continue to drink when air temperatures were high. We installed camera traps at water points to monitor bird species using the water points, and black-bulb thermometers at the edge of each waterpoint to monitor temperatures.

Overall, the Tankwa bird community responded positively to the shading of the water’s edge. Birds visited the shaded sites to drink water at a higher frequency than they did unshaded control sites, and a higher proportion of bird visits to water occurred in the heat of the afternoon (when air temperatures frequently approached 104°F), rather than the cool of the morning, once shade was available. The presence of shade also significantly reduced the temperatures birds experienced at the water’s edge: shade temperatures seldom reached 113°F even on the hottest days, while temperatures in the sun regularly reached 122°F and sometimes exceeded 140°F.