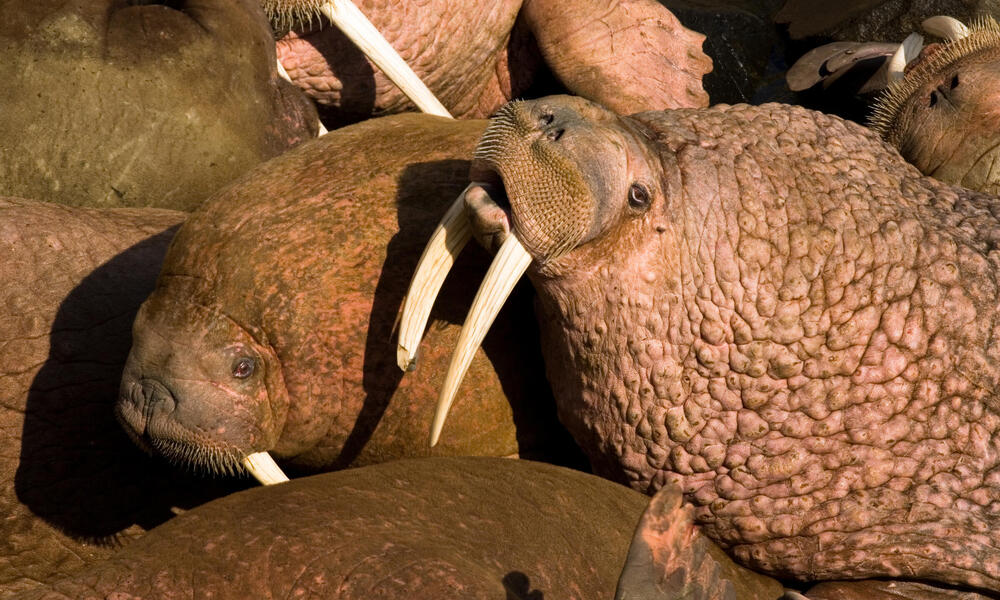 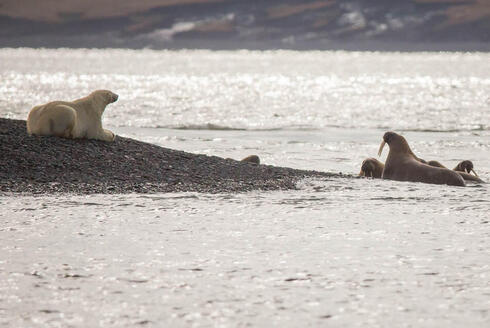 Pacific walrus populations have experienced a significant decline since the 1980s. The extent of summer sea ice has been reduced drastically in the last few decades due to warming of the Arctic. Without the ice, walruses haul out on land along the northern shores of eastern Russia, where the number of individuals often reaches several tens of thousands. Every year, many of the weakest individuals, along with many young cubs, are trampled to death in stampedes caused by human disturbance and predator activity.

Following consultation with and approval by residents of the local village of Enurmino, work began in 2017 on a project to remove walrus carcasses from the rookery prior to the arrival of walruses and relocate the remains to designated feeding areas. The goal was to reduce the number of predators, such as polar bears, disturbing the nesting grounds and prevent conflict between humans and polar bears. Hunters from the village proposed the best locations for predator feeding areas based on local knowledge of predator movements, distance from the village and the rookery, and proximity to routes taken by inspectors of Beringia National Park. In addition to identifying feeding locations, local hunters also provided the bulk of the labor needed for the project, including transport of 80 carcasses and additional remains from the rookeries to the feeding areas.

Initial results of the project are promising. Monitoring suggests that walruses gathered at the rookery a month earlier than expected—a possible result of reduced predator activity in the area. In total, 80,000 walruses came ashore and data show a 43.5% decrease in the number of predator appearances at the rookery when compared with 2016 data. Five panic events occurred, resulting in a total of 167 fatalities, which is lower than the number of deaths recorded in all but one out of the previous seven years. Despite the large number of individuals recorded at the project site, the mortality of animals was relatively low in comparison to other, much smaller rookeries.

Additionally, relocating the animal remains to designated feeding areas has also helped to reduce the number of conflicts between predators and humans by luring bears away from the village.