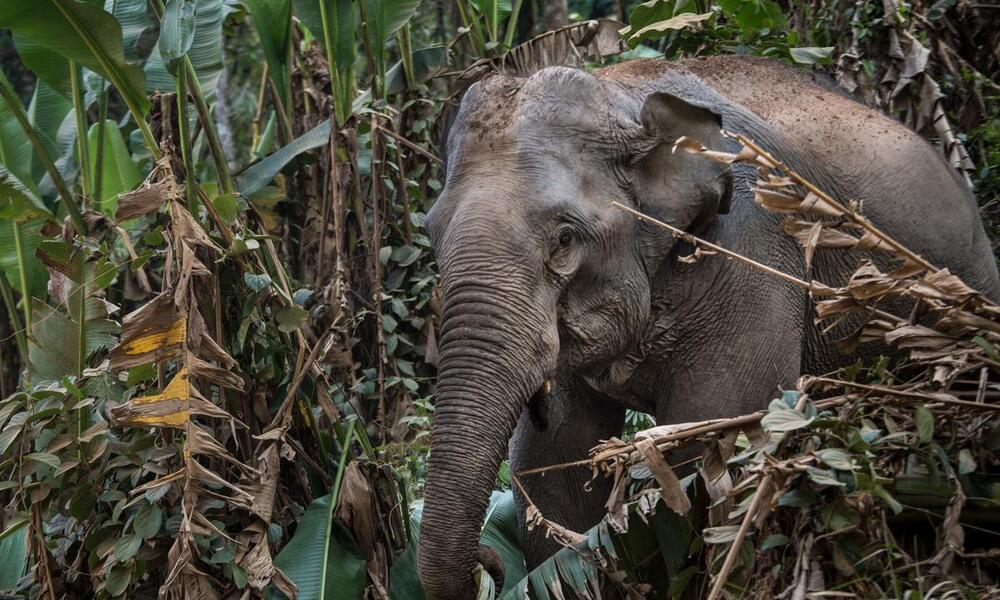 In the Ayeyarwady region of Myanmar, wild Asian elephant habitat is increasingly disrupted by human encroachment, deforestation, agricultural expansion, charcoal making, and illegal hunting. Additionally, elephants have very high food and freshwater requirements, which are affected by changes in weather and climate.

This project focused on restoring habitat for elephants and other species by increasing food and water availability. WWF worked with local partners to restore grasslands with species attractive to elephants, and construct two check dams—small dams that stretch across the width of a river to allow water to pool while still keeping the river flowing—for water storage during the dry seasons.

The two check dams were built in Ngaputaw township, the first located in Te Chaung Stream, and the second in Kyun Pho Chaung Stream. The dams can store up to 8,000 gallons of water. We cleared an area of degraded forest covering 20 acres in the target area for grassland restoration, including planting banana trees, cane, and htanmasai grass, all of which are staple grazing species for elephants.

Monitoring suggests increased elephant presence around the check dams and restored grassland and, according to local communities, wild elephants do not enter villages as often as they used to, thus reducing human-elephant conflict.