In a December 2018 update, the world-building game Minecraft introduced pandas into its blocky 3D world as part of a collaboration with WWF to raise awareness about the importance of panda conservation. One year later, Minecraft is introducing buzzy bees into the Minecraft world and WWF is thrilled to join them in a new initiative to raise awareness about the importance of bees, their role in supporting healthy ecosystems, and ways we can protect them.

As pollinators, bees play a critical role in healthy ecosystems and are essential for food production, yet habitat loss, fragmentation, and climate change are leading to steep declines in their populations. To help support our efforts to protect bees and other threatened species, Minecraft will donate $100,000 to support our conservation work and also provide net proceeds (62.5%) from the sale of the Character Creator Bumblebee costume in the Minecraft Marketplace to WWF.

In addition, Minecraft has designed Minecraft-themed bee clothing, with the net proceeds from the sale of the collection supporting WWF’s efforts to protect the planet, including bees and their habitats. Learn more here. 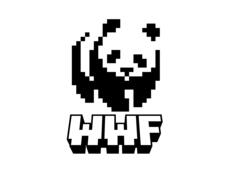