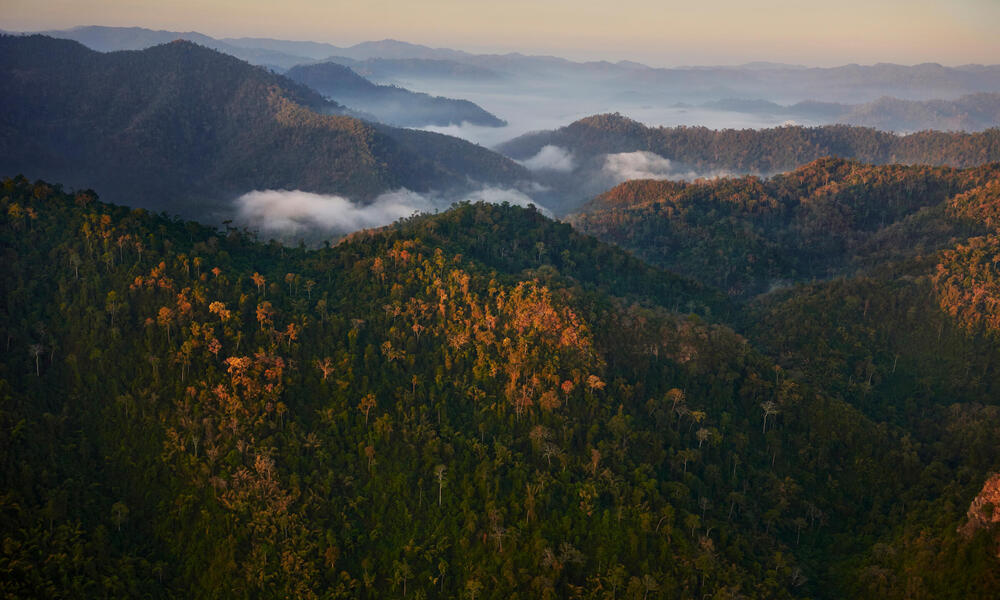 It’s nearly impossible to live a life that is not connected to tires.

Tires on a car or bicycle used to get to work. Tires on planes and buses that take you to vacation destinations. Or tires on trucks that bring products to the stores where you shop.

In most cases, they are tires that originated from rubber trees in Asia—between India and Vietnam, and southern China and Indonesia—where climate and soils for rubber trees are perfect. It’s where 90% of the world’s natural rubber comes from.

Forests in this region—many which are home to elephants, tigers and other endangered species—often are cleared to make room for growing rubber trees. They are among the most threatened forests in the world. The main threat is agriculture, as trees are cleared to make room for farms where palm oil, sugar, rice, corn and—at a dramatically increasing rate—rubber trees are grown. 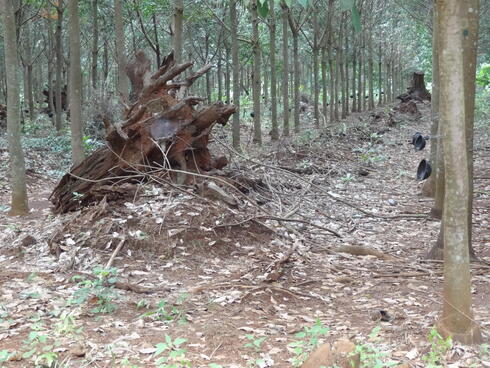 That’s why WWF has set an ambitious goal of transforming the global rubber market. Rubber can and should be produced without clearing natural forests. When done responsibly, rubber production increases biodiversity and carbon sequestration, and reduces carbon dioxide emissions from deforestation. It also avoids human and labor rights violations, as well as land grabs.

Change at the corporate level

WWF promotes sustainable natural rubber at two levels—with the companies that use rubber and the producers who grow rubber. At the company level, WWF’s priority is supporting the adoption and implementation of commitments to produce, use or source sustainable natural rubber from tire makers, automakers, rubber producers/processors, fleet operators, airlines and non-tire maker rubber buyers (e.g., shoe companies, retailers and rubber glove manufacturers). Tire manufacturers are particularly important because they buy over 70% of the world’s rubber and, therefore, have the financial power to influence production. Automobile makers also are key; a single company often buys 50 million new tires every year. With the number of vehicles predicted to double globally by 2050, business as usual for companies that make or use tires would have a dramatic impact on the world’s forests and human rights. 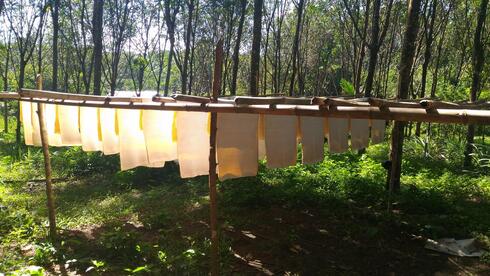 Sheets of natural rubber hang in the sun to dry.

Change at the farm level

Transformation on the ground is challenging, as 85% of natural rubber is produced by approximately 6 million farmers. But WWF is addressing this challenge. It has initiated four projects to demonstrate how rubber production can be done sustainably, from an environmental, economic and social standpoint. In southern China, WWF is working with the government to return thousands of acres of unsustainable and illegal rubber plantations back into elephant habitat and to restore poorly managed rubber plantations to semi-natural forests.

The other pilot projects are in Cambodia and Myanmar—two of the three countries where the largest increase in rubber production is expected and the most forest has fallen for new rubber plantations in the last years. In Cambodia, WWF has initiated a forum for stakeholders to discuss improvements to rubber production in the country. In Myanmar, WWF is tracking supply chains, developing sustainable rubber production strategies with the Ministry of Agriculture, and the Myanmar Rubber Planters and Producers Association, and is educating farmers about best management practices. 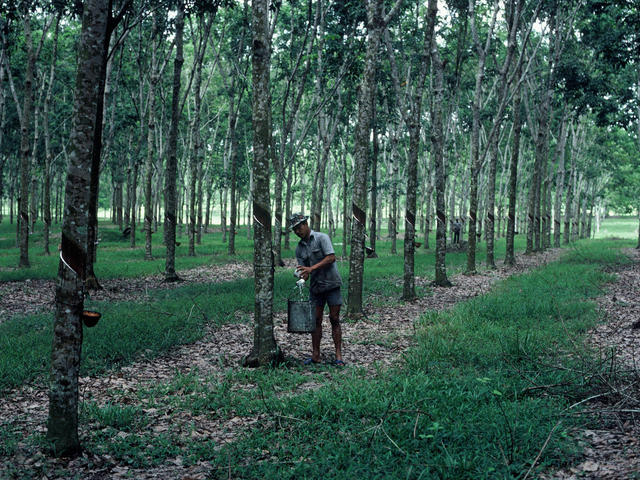 Making the production of rubber better for the planet

Urgent need for changes
Rubber has not seen the kind of publicity palm oil, soy, and paper have received over the years—publicity that has led to the adoption of robust sustainability criteria for these commodities. That’s one reason why rubber production is fraught with corruption, land grabs, human and labor rights violations, illegal logging and deforestation. And why no tire or automakers signed two major documents related to forests: the 2014 New York Declaration on Forests or the 2009 Consumer Goods Forum pledge to take deforestation out of supply chains. There simply was no perceived need to do so, or to be urged to do so. But that is changing, especially with the formation of the new global rubber platform and numerous company commitments related to rubber.