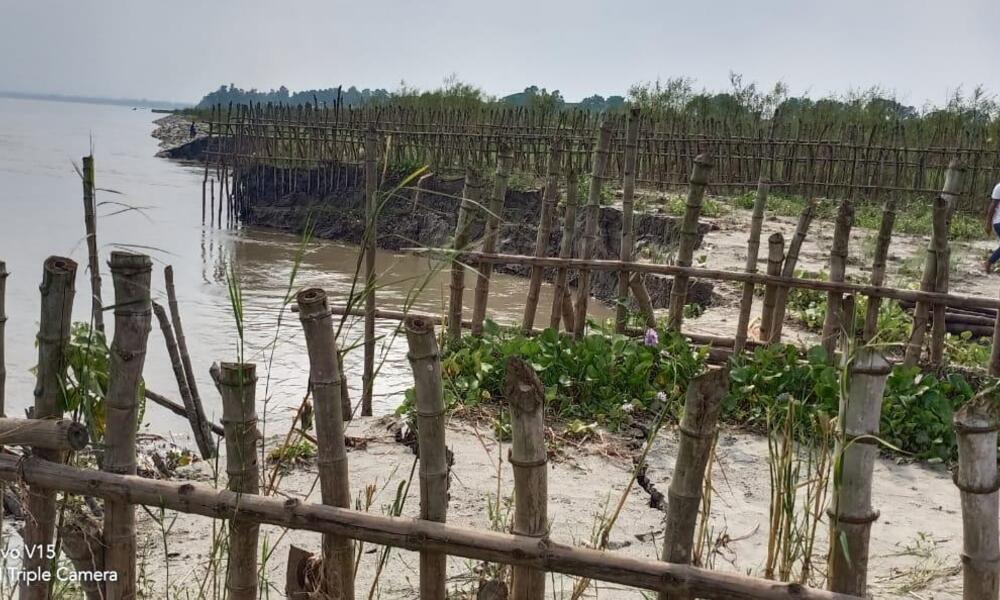 Laila Sanjida of Bangladesh, Pragya Motiwal of India, and Ruwanthi Jayasekara of Sri Lanka all experienced devastating floods in their home countries that inspired them to enter the field of flood management. In July 2021, they participated in the natural and nature-based flood management training course tailored toward South Asia-based female water professionals. The program was organized by WWF Environment and Disaster Management, the Women for Water Partnership, and the Sri Lanka Water Partnership. It is based on WWF’s Natural and Nature-based Flood Management: A Green Guide. Here they offer their expertise.

Bangladesh is made up of a patchwork of thousands of rivers, lakes, and other bodies of water. Two-thirds of the population live in a floodplain. People depend on these aquatic ecosystems, through which annual monsoon flooding enriches the fertility of cropland. The hundreds of wetlands in these areas also act as sponges during floods.

But the climate crisis— which is changing timing, intensity, and duration of precipitation—is increasing flood risk around the world, while people continue to clear wetlands to make room for houses and crops.

And with more people living in floodplains and increased urbanization and its associated impervious surfaces, the result is that flood disasters are growing into an ever-larger threat to communities across the country.

In places such as Bangladesh, where 93% of the water supply originates from outside its borders, water management engineering, such as dams, often shifts flood risk from upstream communities to those downstream.

“Floods cannot be managed by just focusing on one community. It’s important to integrate the watershed of upper and lower regions of the river,” said Laila Sanjida, a special officer for the Bangladesh Ministry of Water Resources, focusing on wetland management. With natural and nature-based solutions comes the necessity of viewing floods from a broader perspective. Restoring wetlands in the upper watershed, for example, can blunt flooding hundreds of miles downstream. 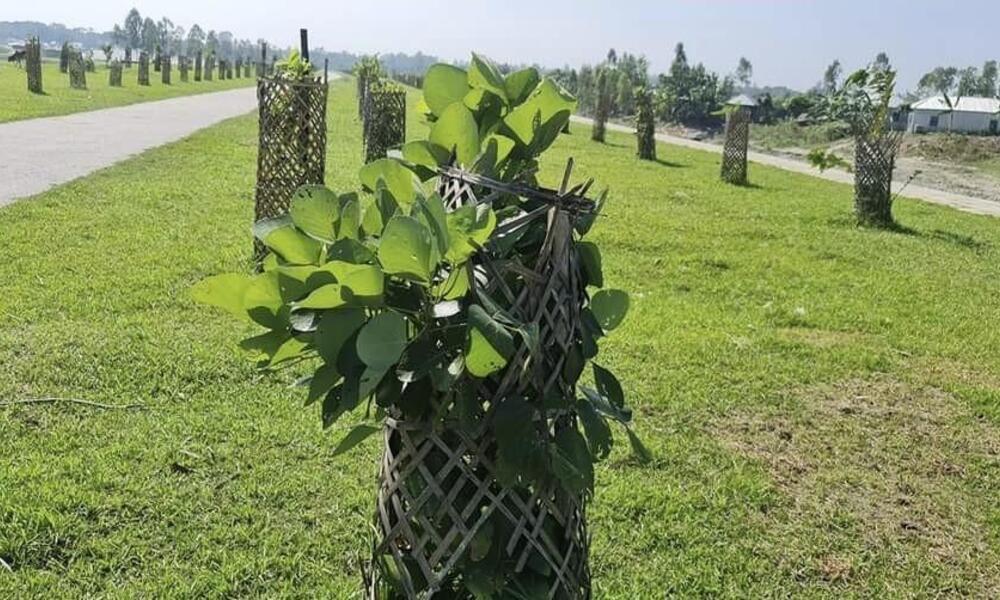 A tree plantation was introduced along the riverbank in Bangladesh.

Local expertise: drawing on the past to strengthen the future

For centuries, people living in India’s Himalayan foothills used the power of nature to protect themselves from floods and other extreme events.

“In our tradition, we have to spend three days each month in the forest to show our gratitude and plant new trees,” said Pragya Motiwal, who works in flood management in India. “But over time, people lost this tradition.”

On riverbanks across the region, trees and vegetation that hold soil and prevent the land from washing away during floods are chopped down to make way for resorts and new construction.. “People know the value of trees, but much of the time they don’t realize their flood management benefits. We need to spread awareness,” she said.

In 2013, the Kedarnath flood devastated the region, killing thousands and destroying communities. The disaster caused a shift in thinking on how best to manage floods—with nature at the center. Now, new construction on riverbanks is often met with protest.

To address the erosion calamity, Bangladesh’s Ministry of Water Resources hired a local contractor to replicate one of the local flood management methods, replanting trees along the embankments.

In nearby areas, the agency also drew on a long-standing method of constructing bamboo barriers, which stabilize the riverbank during floods.

An eroded riverbank in Bangladesh.

A house tilts into a river after a flood disaster.

Learning together: an integrated approach

On the outskirts of Colombo, Sri Lanka’s capital, Ruwanthi Jayasekara spent years researching water issues as part of the country’s Ministry of Defense. As in most other countries, Sri Lanka has many water management programs, but they often work in silos rather than through an integrated approach.

“I realized how important it is to get everyone—state and non-state actors—involved,” she said. “I felt interested in learning how to form objectives, find nature-based methods that align with them, and create a plan of action.”

This was Jayasekara’s first time learning about integrated flood management, which is outlined in WWF’s Natural and Nature-based Flood Management: A Green Guide. And she is drawn to the holistic planning that nature-based methods necessitate.

Preparing for an uncertain future

At its core, climate-resilient flood management is about stronger investment in preparing for and reducing disaster risk associated with floods in advance, rather than focusing resources on the aftermath. “You need to empower communities to prepare earlier rather than wait until a flood comes. Especially community members who are most vulnerable, such as women and children,” Jayasekara said.

Time poses another challenge. Hard engineering that’s visible and operational in the short term, such as seawalls and levees, often are preferred to natural and nature-based methods that may take longer to become operational but offer multiple benefits to people and nature.

Then there are the nuts and bolts of implementing a project in a collaborative way. In Sri Lanka, an overlapping array of flood management programs from the community to state level often lack coordination across the watershed. “Linking these actors together would maximize the strengths of each institution,” Jayasekara said.

As the climate crisis intensifies flooding worldwide, the coming years are a critical time to get flood risk reduction right.