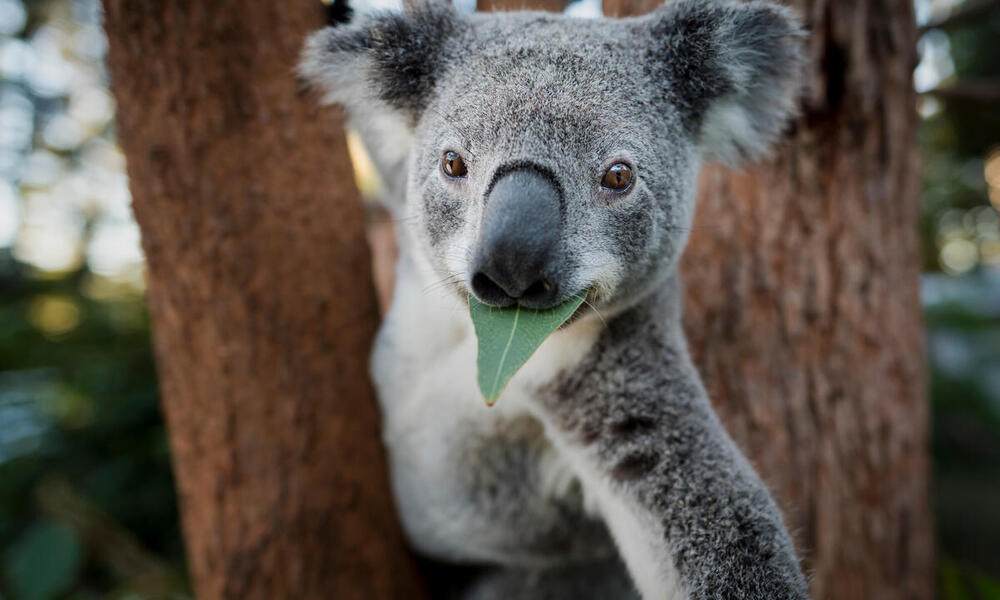 Australia’s iconic koala is at risk of extinction. A decision this week now lists koalas on the country’s east coast as endangered—a grim but important change that requires urgent action. In a single decade, koalas have now gone from no-listing to vulnerable to endangered.

Koala numbers have halved in 20 years—a shockingly fast decline, due most recently to rampant bushfires but also land-clearing, drought, disease, car strikes, and dog attacks. We must protect critical koala habitat from development and the impacts of the climate crisis.

“Today’s decision is welcome, but it won’t stop koalas from sliding towards extinction unless it’s accompanied by stronger laws and landholder incentives to protect their forest homes,” said WWF conservation scientist Dr. Stuart Blanch. “We must turn this trend around and instead double the number of east coast koalas by 2050. Australia must complete the transition out of deforestation and native forest logging to become a world leader in forest protection and restoration.”

In 2019 and 2020, catastrophic wildfires ripped through eastern and southern Australia, killing or displacing an estimated 3 billion animals, including koalas. 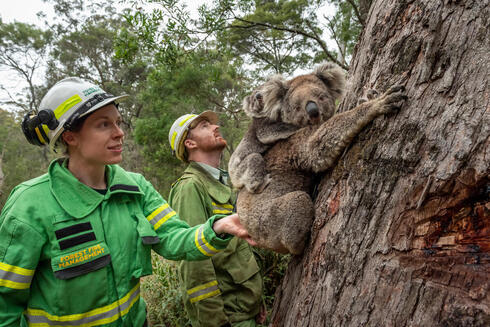 A koala mother and joey are released by Emily Cordy (left), a Forest and Wildlife officer at Log Crossing in the Colquhoun State Forest She came in for treatment for burns to her feet.

The decision means koala populations in Queensland, New South Wales, and the Australian Capital Territory will now be classified as Endangered under the Environment Protection and Biodiversity Conservation Act (EPBC Act) 1999, and recognizes that east coast koalas are at risk of disappearing altogether.

IFAW, HSI, and WWF-Australia thanked Minister Ley for listening to the environmental sector and making this much-needed decision based on the science. The three organizations submitted strong evidence to support the nomination including scientific reports by ecological consultants Biolink.

Creating a brighter future for koalas
Artificial intelligence and an army of new sensor cameras are now being used to track the recovery of animals impacted by bushfires in Australia—one of the most extensive post-fire surveillance programs ever undertaken in the country.

The project involves more than 600 sensor cameras used to monitor wildlife—including koalas—in landscapes impacted by the 2019 and 2020 bushfires, including the Blue Mountains, East Gippsland, Kangaroo Island, and South East Queensland.

Images captured by the cameras will be analyzed by Wildlife Insights, a groundbreaking cloud platform that uses artificial intelligence and machine learning technology developed by Google to identify species.