Eye to eye: An up-close encounter with gray whales in Mexico's Baja Peninsula 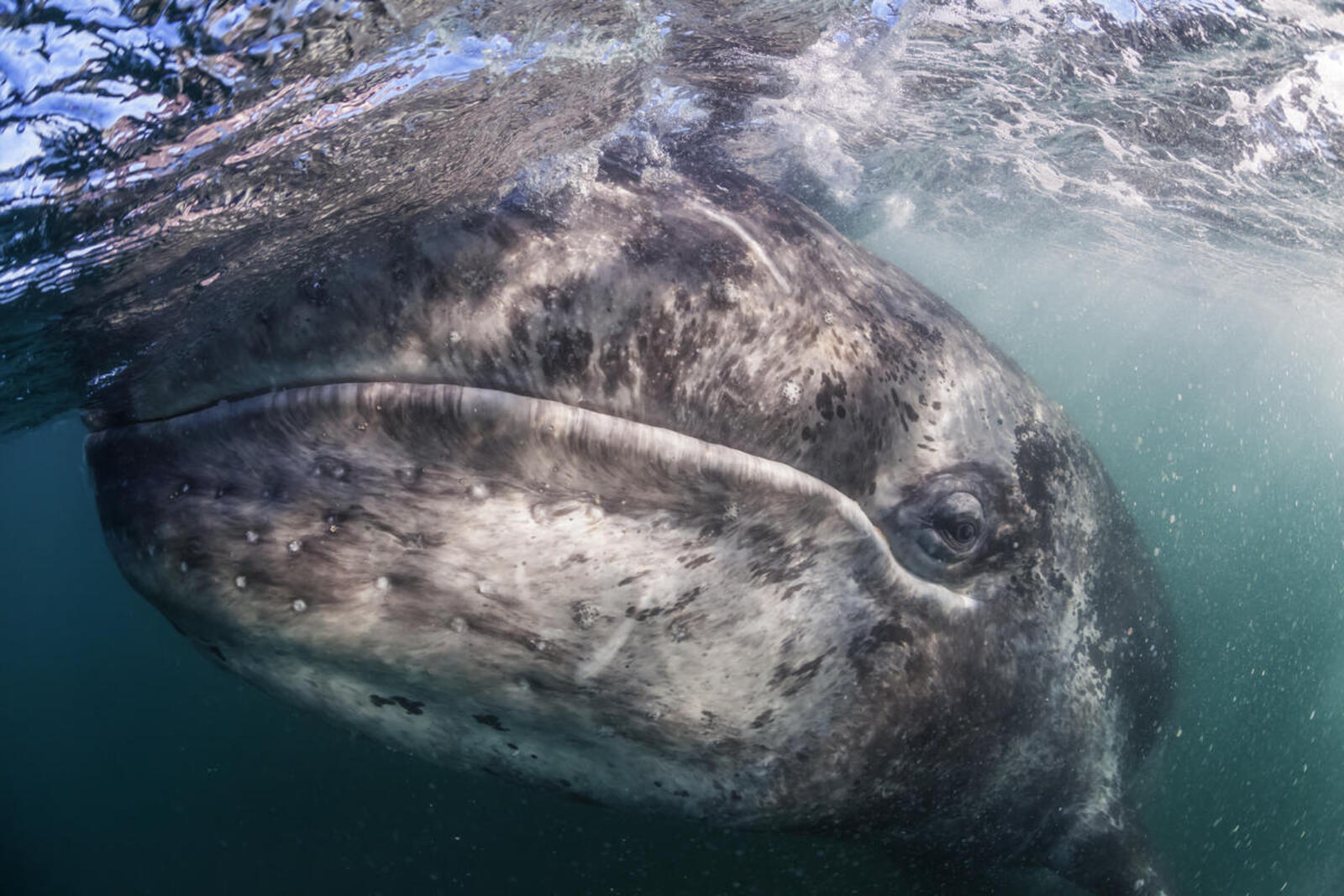 La Boca de Soledad (The Mouth of Solitude) is a yawning gap in the barrier islands that separate Magdalena Bay, on the western coast of Mexico’s Baja Peninsula, from the Pacific Ocean. Here, the waters appear calm—smooth, even, depending on the winds that day. And just beneath the surface, giants roam.

We set out on our journey to this unique place in an inflatable Zodiac boat launched from an expedition ship. Mangroves clinging with their many roots to the shoreline we navigated along later gave way to wild dunes and shell-scattered beaches. As the waters opened more broadly, we began to spot the telltale sign of the creatures we sought: plumes of white, saltwater shooting high into the air—each one the dramatic exhale of a gray whale.

Every late winter and early spring, gray whales navigate to the protected bays of the Baja Peninsula, to mate or give birth to their young. They come in numbers so high that it is difficult not to spot one coming up for air in any given direction that you look. These waters are warm and shallow—ideal for nursing a newborn and showing them the ropes before the long, sometimes dangerous, migration north to the rich feeding grounds off the coast of Alaska. During this time, gray whale calves gain about 60 pounds per day from their mom’s fat-rich milk.

Baja’s protected bays are safe havens now, but that wasn’t always the case. In the mid-1800s and early 1900s, gray whales were hunted to the brink of extinction in Baja’s bays. Whale blubber provided oil for lamps and the shallow bays made the species easily accessible to hunters. Thanks to conservation efforts and protection from several international organizations, gray whale populations rebounded after the 1950s.

Up north, WWF helped restrict seismic surveys that were shown to displace gray whales from their feeding ground and campaigned to stop an offshore oil drilling platform from being built in gray whale habitat.

Our boat veered from the shoreline into more open water and slowed to a crawl. Eight pairs of eyes scanned the surface watching for that telltale blow and giant gray body breaking the surface of the water. After a few minutes, we spotted not just one spout of water, but two. A mama and her baby. We navigated closer with caution to feel out the situation. Some whales don’t care to be bothered while others, known as friendly whales, express a keen curiosity about nearby boats and the humans on them.

We got lucky. This duo seemed to want to know as much about us as we about them. They hovered near the surface of the water, often breaking it, as we floated beside them. Soon, the calf drifted onto its side we got a clear look into a beautiful, milky eye. 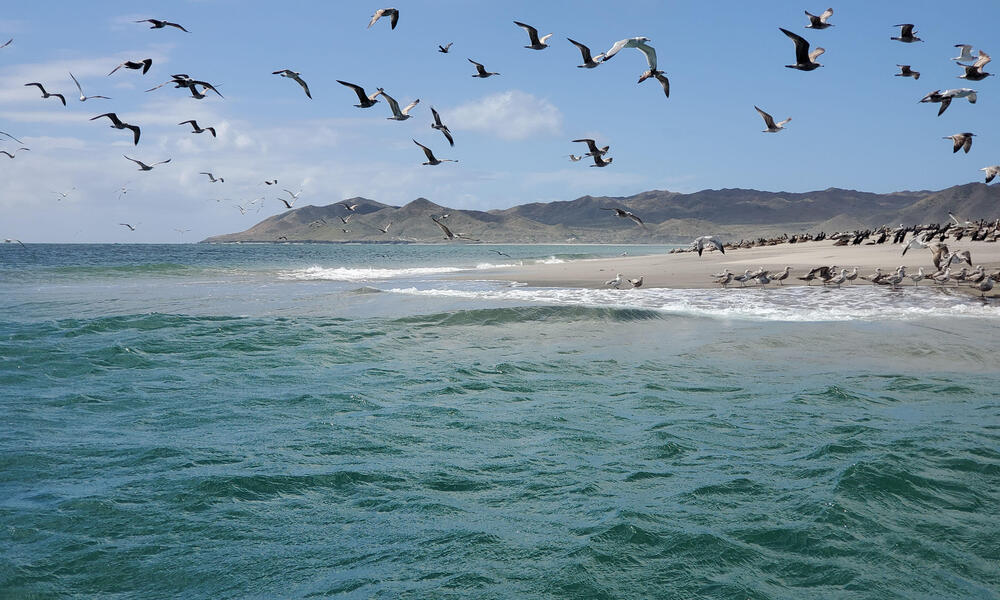 Making eye contact with a whale—this majestic, massive, graceful, wild creature—is nothing short of ethereal. It’s an immediate connection, desired by both parties and born of mutual inquisitiveness, that lacks any sort of justifiable framing in language. It’s pure magic.

The calf swam up to the boat several more times and then left us. Just as we were about to head back to the expedition ship, the mother whale shot out of the water in an awesome breach. Moments later, as if receiving a lesson, the calf mimicked the action. It felt like a poetic “thank you and goodbye.”

Those of us on the boat felt a certain giddiness vibrating through our bones. The experience at La Boca de Soledad is one you can only understand if you set out to these waters yourself—open and willing for your life to change with a single look.

Travel with WWF to see whales in Mexico.