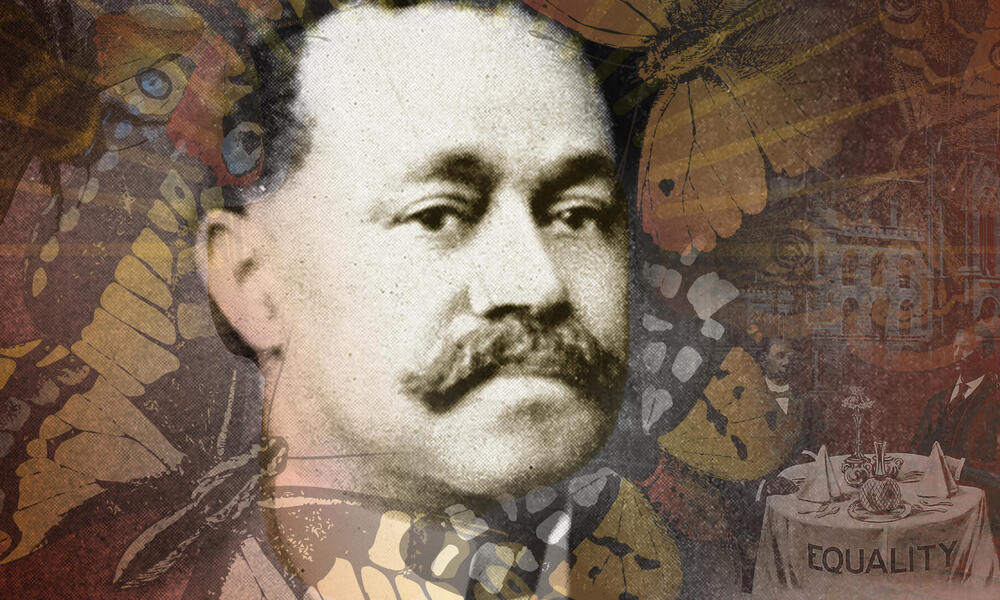 Above Photo: Charles Henry Turner's passion for the scientific study of insect intelligence knew no bounds, but his own life was bound by racially discriminatory policies that prevented him from finding employment in the esteemed scientific institutions of the day. In the bottom right, a historical illustration of a 1901 meeting between fellow African American scientist George Washington Carver and President Teddy Roosevelt features the word equality written in the foreground. This proclamation is ironic considering the amount of discrimination that highly educated, successful men like Turner and Carver were subjected to in the early part of the 20th century.

As the Communications Lead for WWF's Northern Great Plains Program, I spend a lot of time learning about and sharing my passion for grasslands wildlife. Among those species, I have a particular interest in North America's native bees and I've been involved in many efforts to conserve them over the years, including one which successfully placed the first species of North American bee on the Endangered Species List in 2017. I'm fascinated by every aspect of their lifecycles and have been delighted by the growing number of studies that have revealed their intelligence.

Recent work on bumble bees, my favorite group of native bees, has shown that they have self-awareness of their own body size, can remember where the tastiest flowers are located, and can even be taught to play a bee-sized version of soccer. In other words, the more we learn about bees and other insects, the more apparent it is becoming that they are more than just thoughtless beings moving through the world.

Although stories about insect sentience and intelligence are growing in popularity, many people are likely unaware of Charles Henry Turner. Born in Cincinnati, Ohio in 1867, Turner was one of the pioneers of the study of insect cognition. He was the first African American to receive a bachelor's and graduate degree from the University of Cincinnati and likely the first to receive a PhD from the University of Chicago. During his 33 years as a scientist, he was described as a zoologist, a chemist, and an entomologist. 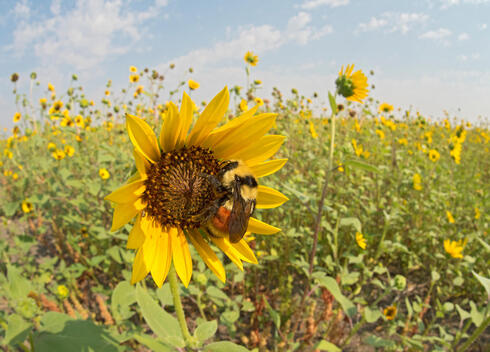 Abundantly curious and clever, during his lengthy career he discovered several behavioral characteristics that are taken for granted today. We know that insects can hear and that honey bees see color and recognize patterns because of Turner's work. He also delved into much less conventional territory by studying Pavlovian responses in insects, along with navigation, and courtship behavior in solitary bees. His investigations were truly groundbreaking and novel. By the time of his untimely death in 1923 at the age of 56, he had published more than 71 research papers.

With such admirable accomplishments, one can easily imagine a storied career within one of the world's great scientific institutions. However, tragically and despite his brilliance, Turner wasn't afforded this opportunity. Instead, he diligently worked as a high-school science teacher to make ends meet. Although other unknown factors may have played a part, to historians it is apparent that he was disqualified from loftier appointments solely because of his race. One can only imagine the frustration and hurt that he must have felt by such blatant discrimination.

The authors of a 2009 paper wrote that prior to the entomologist's career insects were viewed as primitive creatures, reacting only instinctively to external stimuli, without any other remarkable capacity. For example, as early as 1907 Turner proposed that ants are much more than mere reflex machines; they are self-acting creatures guided by memories of past individual experience. This is a sentiment well and truly ahead of its time. I can't help but wonder if some part of Turner's desire to shed light on their worth was driven by a longing to see his own value recognized by society.

When I spend time observing bees in the grasslands of the Northern Great Plains, one of the things that I notice most often is how intelligently they behave. They fly from flower to flower with purpose, selectively choosing one flower over another. My understanding of bee intelligence and the value of these insects to the ecosystem has long been informed by the brilliance of Charles Henry Turner. What's tragic is that I didn't even know this until 2021 when I first learned of him. While we can't ever really right the many wrongs of the past, we can consciously acknowledge and lift those exceptional individuals whose dedication to learning more about life on our Earth had been unjustly relegated to the dustbin of history simply due to the color of their skin.

Charles Henry Turner, thank you for your brilliance and unceasing dedication to learning more about our insect friends. I wish that I could have known you sooner.

Make a symbolic bumblebee adoption to help save some of the world's most endangered animals from extinction and support WWF's conservation efforts.