Rhinos around the world 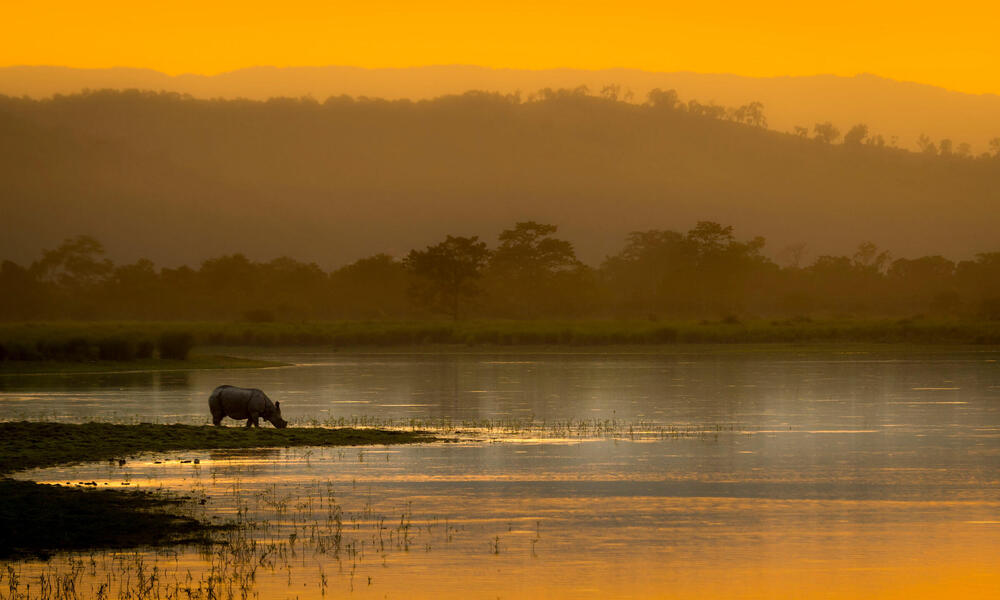 2019 has been a year of both wins and losses for rhinos. Though still facing threats like poaching and habitat loss, the global rhino population has increased by 30 percent over the past decade. Greater protections and increased effectiveness of anti-poaching, monitoring and management of wild rhino populations, and support from local communities are all essential to securing the survival of rhinos.

By the start of the 20th century, the greater one-horned rhino (also known as the Indian rhino) population was down to around 200 individuals, but now there are more than 3,700 found in northeast India and Nepal. Since 2009, the government of Assam, WWF, and other partners have worked to establish a new population of greater one-horned rhinos in India’s Manas National Park. Three rhino births have been recorded this year in the park, bringing the population of this rhino species in Manas to 40 individuals.

Although the African white rhino population has declined over the last two years due to poaching, particularly in South Africa’s Kruger National Park, they remain the least endangered of all rhino species, with less than 17,000 left in the wild. South Africa and other range states have successfully brought this species back from near extinction when a mere 50 individuals remained in the early 1900s.

The black rhino population hit a low in the mid-1990s, when they numbered fewer than 2,500. That population has since increased to over 5,500 in 2018. While their annual growth rate outpaced the numbers being lost over the past few years, this species remains critically endangered, mainly because of the poaching crisis, but also due to limitations of suitable and secure areas within their traditional range in which their population could expand.

Unfortunately, the other two Asian rhino species are struggling to maintain their current population numbers. Indonesia’s two rhino species, the Javan and Sumatran rhinos, are both Critically Endangered and experience additional unique threats their African counterparts do not. The Javan rhino is not only at risk from poaching and habitat loss and degradation from invasive species, but also from natural disasters such as volcanic eruptions and tsunamis due to the presence of the nearby Anak Krakatau volcano. They also face disease transmission from domestic livestock and wild cattle living in and near Ujung Kulon, the only place where the Javan rhino is found.

The Sumatran rhino is possibly the most endangered large mammal on Earth. Today, its population has dropped to fewer than 80 individuals living in small, isolated non-viable sub-populations throughout Sumatra and Borneo. Recently, Sumatran rhinos in Malaysia have officially gone extinct, with current populations remaining only in Indonesia. Through the Sumatran rhino alliance, WWF, other NGOs, and the government of Indonesia are urgently working to save this species by capturing and consolidating most of the remaining wild animals in captive breeding facilities for future release into protected sites.

A hopeful future is possible 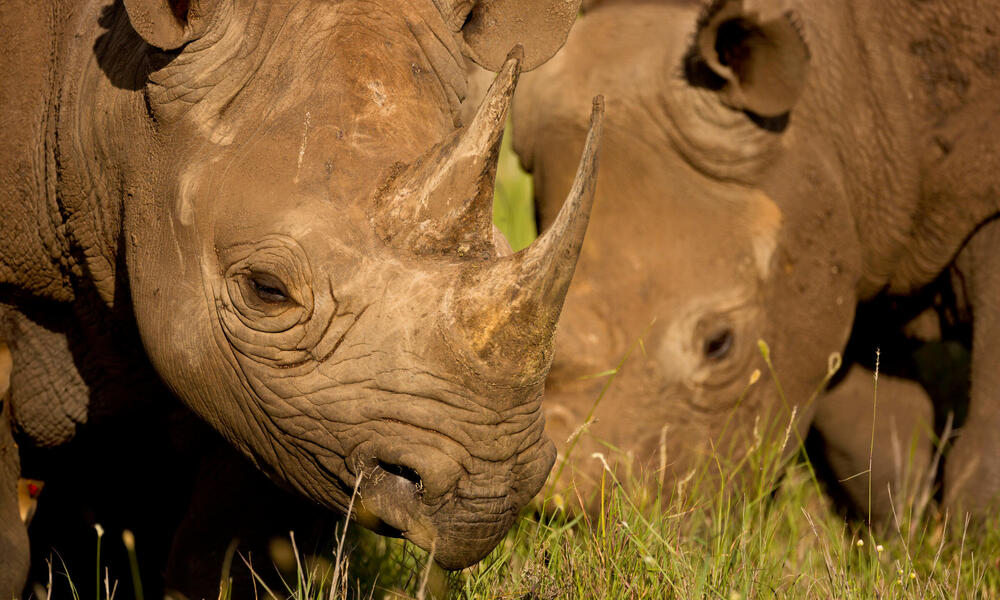 There is a tough road ahead for wild rhino populations, but growing support among country governments and the international community, as well as recent scientific developments, provides a hopeful future for this species.

The private sector has been a key partner in African rhino conservation. Landowners offered their farms and reserves as safe havens for black and white rhinos and tourism operators brought in much-needed local employment and revenues to rhino sites. Local communities in northwestern Namibia, organized in communal conservancies, protect free-ranging black rhinos on their traditional lands with immense success: Over the past two years, zero rhinos were poached in these vast areas.

“The critical role of local communities - as traditional custodians of their lands and its wildlife - cannot be overstated. The example of the Communal conservancies in Namibia, where local communities have managed to successfully live with – and create livelihood opportunities from - living with wildlife, gives hope for the long term survival of the largest free-roaming Black rhino population in Africa,” says Bas Huijbregts, director of African Species Conservation at WWF-US. “It’s also is a gold standard for community-based natural resource management that can be replicated for other species and in other countries across the continent,”

WWF is committed to collaborating with NGOs, governments, and communities to protect current rhino populations and establish new populations.

Send a free black rhino ecard with interesting facts about this species to your family and friends.