Setting the line on transparency in tuna fishing 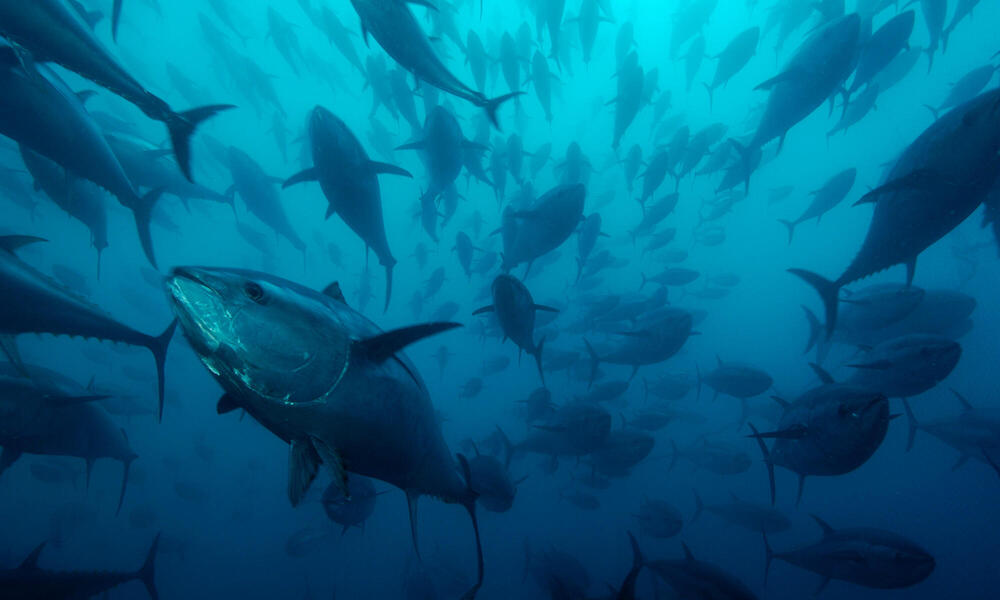 For tuna, one of the world’s most commercially valuable fish, that data is more important now than ever. Most tuna stocks are fully exploited, meaning at best there is little to no room for expansion and at worst, they are in danger of collapsing. That’s why unmonitored tuna fishing is unacceptable.

Tuna are a major part of the greater marine ecosystem, particularly in international waters known as the high seas. Numerous vulnerable species travel with schools of tuna, including sharks, turtles and sea birds. These animals can get caught up in fishing operations, a conservation challenge called bycatch.

While tuna matter for the ocean, these fish are also an important source of jobs and food security for millions of people. Commercial tuna fishing generates more than $42 billion dollars in economic activity each year, and according to researchers that is a conservative estimate.

A majority of tuna is caught using a practice called purse seine fishing, which is a large net used to encircle a school of tuna. This type of fishing gear targets tuna species like skipjack, fish that are mostly processed and canned for salads and sandwiches.

Thanks to global efforts and rules made by governments, most industrial purse seine vessels carry a high-level of observer coverage, either human observers or electronic monitoring systems collecting data on fishing activities while onboard a vessel.

Longline vessels, which use lines that stretch for miles with hooks that sink well below the ocean’s surface, make up roughly 12% of the world’s tuna catch. That’s more than 500 thousand tons of fish. There are estimated to be thousands of these vessels fishing around the world and in many places little information exists on what longline vessels are doing and catching, and where they’re doing it. This lack of information deprives scientists of essential data on non-tuna species caught incidentally like sea turtles, sharks, and rays. It also opens up the door to illegal, unreported and unregulated fishing and denies coastal communities the benefit of their resources.

After numerous trials and studies, it is clear that onboard human observer coverage and electronic monitoring systems can bring transparency and promote stronger science and conservation. So why aren’t governments mandating the practice? Whatever the reason, it’s not enough to justify such risk to tuna populations, ocean ecosystems, and communities.

Governments should have eyes on all longline vessels

With so much on the line for nature and people, governments must take action to bring transparency to the commercial longline fleet. Onboard human observers and electronic monitoring systems are both feasible.

WWF is joining with a dozen other conservation organizations to let governments know that unmonitored is unacceptable. We’re pressing leaders of regional fishery management organizations—the bodies that set international rules for tuna fishing—to get to 100% observer coverage onboard longline tuna fishing vessels now along with where it is not a requirement for purse seiners like in the Indian Ocean. Between humans and technology, it is well within reach.