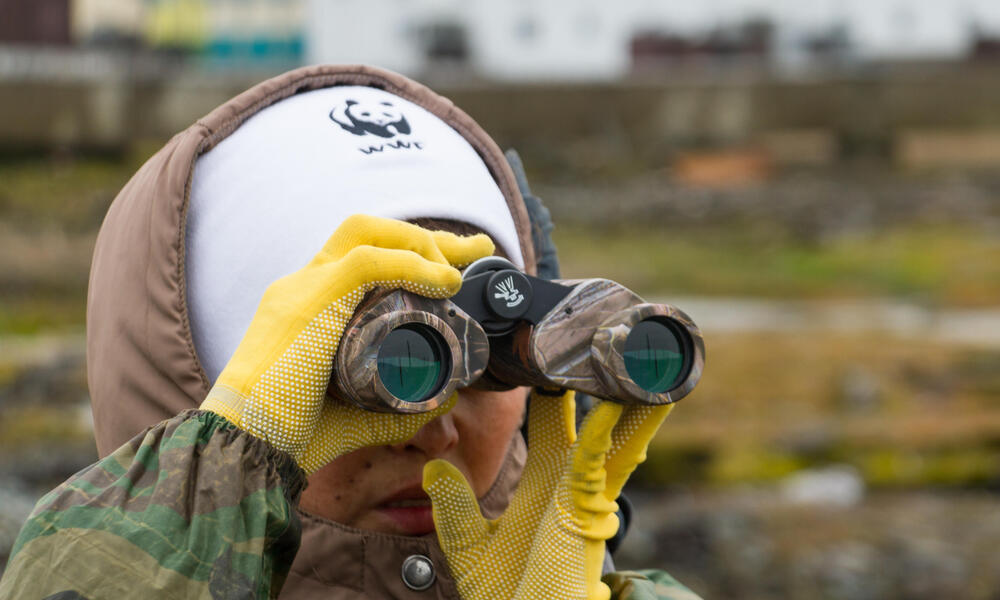 In the coastal village of Ryrkaipiy in Chukotka, Russia, wildlife dominates, and polar bears, not people, are the landlords.

As the sea ice polar bears depend upon disappears more and more each year as a result of the climate crisis, polar bears are forced onto land in search of food and have become a more common sight in Arctic communities, bringing them into greater conflict with people.

Every fall, the Ryrkaipiy polar bear patrol, with the support of WWF Russia, works to protect the community and prevent human-wildlife conflict. Tatyana Minenko has been leading the patrol team since 2006. That’s when the climate crisis increased conflict in her village.

In Ryrkaipiy, walrus gather (haul out) near the village every Fall, attracting polar bears along with them. Adult Pacific walrus use sea ice as a platform to rest on and leave their calves when they dive for food. With sea ice retreating north and no longer reaching the walrus’ feeding areas, the animals are forced to gather on shore, closer to people. The area surrounding Ryrkaipiy has turned into the westernmost haul-out of Pacific walrus. Sometimes their numbers reach tens of thousands.

The walrus gather on a small peninsula called Cape Kozhevnikov (a hop and a skip from the village of Ryrkaipiy), known by the locals as a “bearish” place, because of the large numbers of polar bears that come to hunt the walrus.

These large walrus haul-outs are extremely crowded and can be dangerous if humans get too close. A loud noise can spook the animals, causing panic, and can lead to unfortunate deaths when the walrus stampede. When this happens, polar bears are attracted to the area by walrus carcasses. It is important to move these food sources away from the village to keep locals a safe distance from the wildlife – this is where the polar bear patrol steps in. To relocate any dead walrus away from the community, Tatyana gets equipment and trucks from the local government. Working together with volunteers and supported by the local government and WWF, the team can safely relocate the walrus carcasses to steer the polar bears away from the Ryrkaipiy community.

Preparing for the walrus' arrival

For the patrol team, the Fall is their busiest season – they call it their “bear season”. During bear season, Tatyana inspects the peninsula almost every day, keeps a record of the walrus and bears she sees, and accompanies the rare tourist.

“We inform people that we have a large haul-out and ask everyone not to approach, not to drive up close so as to not to frighten the animals and spread panic among walrus. We also invited fellow villagers to sign up as volunteers to help guard the haul-out. To warn is, of course, good, but you still need constant monitoring. It is important for us to minimize the stampede of animals into the water.” - Tatyana

But as the years pass and the climate crisis worsens, the patrol team’s bear season is expanding, bleeding into the Winter months as well. In fact, a year ago, almost 60 bears were seen wandering around Cape Kozhevnikov. Thanks to the diligent efforts of the polar bear patrol team, the Ryrkaipiy community made it through with no people or bears harmed.

Tatyana is also a star at the local school. Every year she meets with children and talks about polar bear safety. It is inevitable that every child in the village will come face-to-face with a polar bear—they need to be prepared and know how to react. Tatyana’s lessons are simple so that kids can easily remember what to do. She teaches the students that it is better to walk as a group in the village, and to always examine their surroundings carefully.

Tatyana also explains that running away from a polar bear is dangerous, as the polar bear will go into hunter mode. The lesson always ends with two key points that every kid can remember—retreat slowly and scare the bear off with a cry or even a roar, which she lets the students practice at the end of every training.

Modeled after Tatyana’s team, this year, another patrol was established to help mitigate human-wildlife conflict in another village—the Billings village. Billings is along the Chukchi Sea and around 75 miles west of Ryrkaipiy. WWF provides support for this new team as well in the ongoing efforts to conserve wild places and species while supporting local communities.

In Ryrkaipiy, Tatyana and her team are busier than ever, but they are also better equipped to patrol their lands. This year, with help from WWF Russia, the patrol team got an ATV and a snowmobile of their own, which make patrolling much easier. 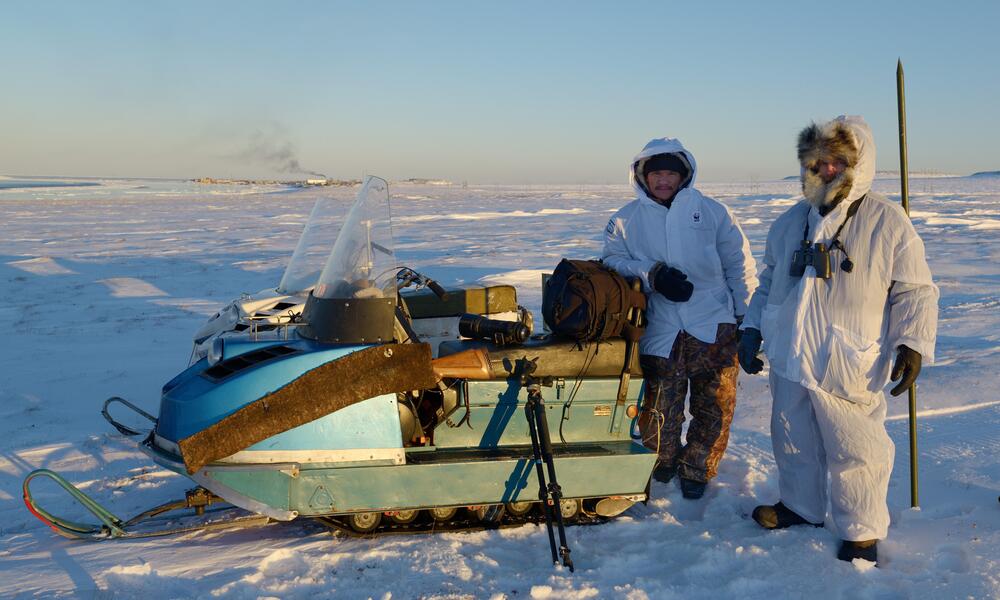