Uncle Eddie and the Gudjuda Indigenous Land and Sea Rangers

Indigenous rangers in Australia reconnecting to their traditional territories 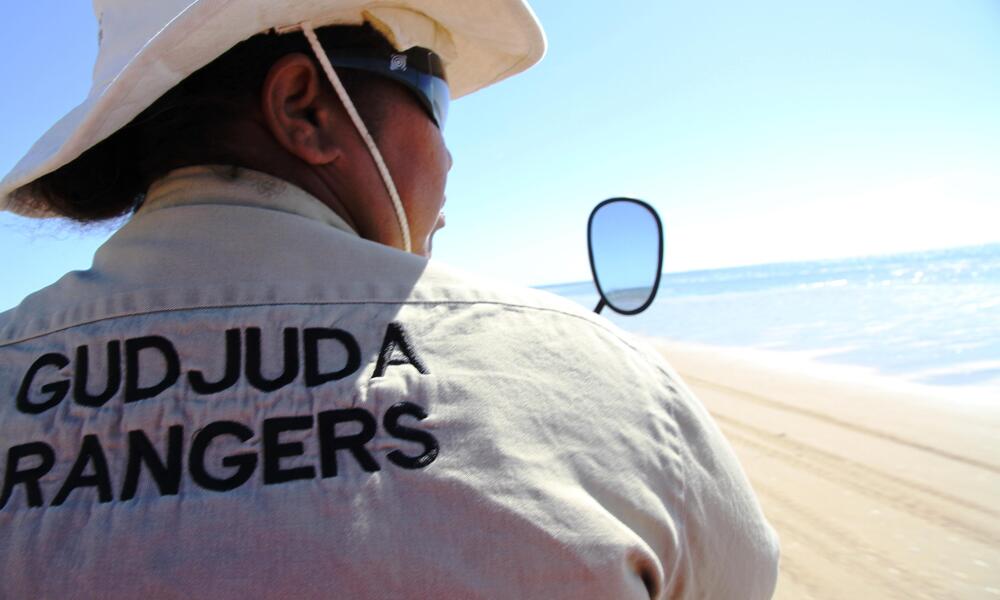 This story was originally published by WWF Asia Pacific Exposure.

Eddie Smallwood—aka Uncle Eddie—is sitting in the kitchen of his home of 40 years. He’s in Brandon, Australia, near where his father was born on the banks of the Plantation Creek, Ayr. In the early days, his father, grandfather, grandmother, and siblings were relocated to a settlement on Palm Island off the coast of Townsville. That’s why Eddie says he has come ‘back’ to Country.

In this northeastern corner of Australia, where the Burdekin River spills into the Coral Sea and green turtles scour the Great Barrier Reef, Eddie’s ancestry runs back centuries.

“I’m a Bindal Traditional Owner from Ross River in Townsville to the Burdekin River, and my heritage is Aboriginal, South Sea Islander and Chinese,” explains Uncle Eddie. Throughout his life he has worked as railway laborer, a police liaison officer for 14 years, and had six years as an ATSIC Chairperson for the Townsville Region as an Aboriginal politician.

“Around here, people know me,” he smiles.

At 66 years old, Uncle Eddie has now been a ranger for nine years, and today he leads the Gudjuda Reference Group – a team of Indigenous Land and Sea Rangers that has been working to protect the species and landscapes of this region for decades. 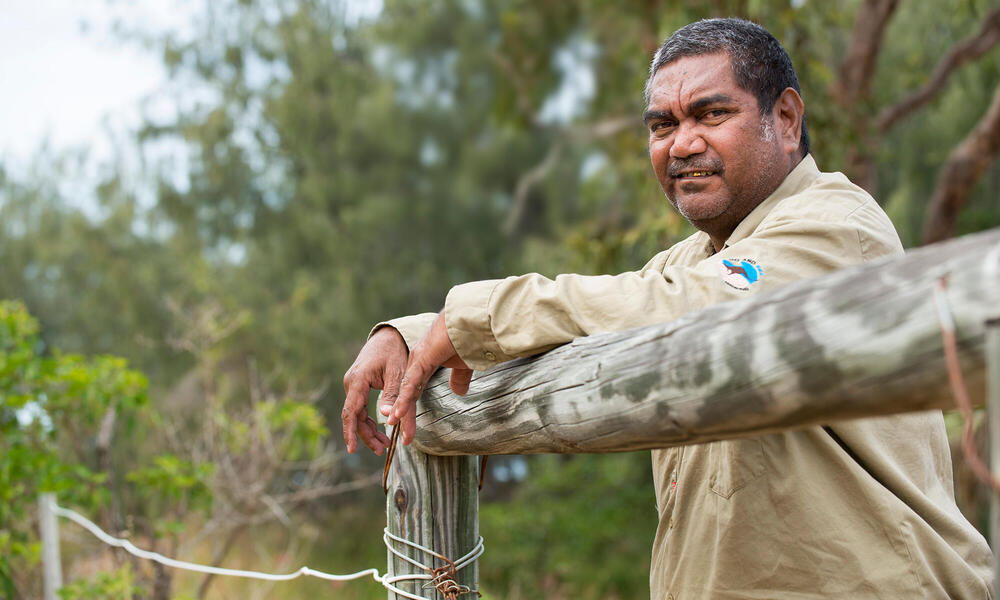 “Gudjuda means saltwater,” Uncle Eddie explains. “We are saltwater people, and this name was passed down from the Birri-Gubba Elders who gave it to us to set up our organization in 1999.”

The Gudjuda Reference Group are known in Australia and internationally for their open water turtle chases, where rangers leap from speeding boats to carefully catch wild turtles in order to tag them and gather data. But their work is very diverse. Eddie and his team – who are all Traditional Owners – dedicate their time to looking after land and sea between Townsville and the Whitsunday Islands. They conduct research on marine species, monitor seagrass and waterways, clear beaches, revegetate key areas and conduct cultural burns and prescribed fire burns with the Department of Parks and Wildlife.

“We also run a ranger program which is about educating our Indigenous and non-Indigenous people”, says Uncle Eddie. “We’re marrying up education and science with cultural knowledge, and we actually show our rangers our storylines and our sites. They’re part of it now too, and they’re helping protect our Country.”

From centuries of experience, they have unique knowledge of their homes’ ecosystems and biodiversity, and have developed ways to manage and protect it sustainably. 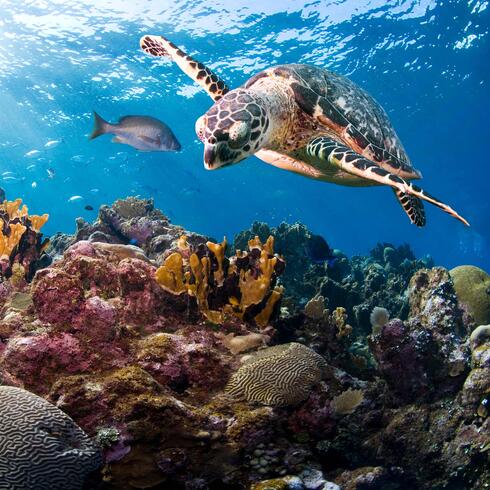 The examples are countless: around the world, Indigenous leadership, expertise, and unique insight have led to more effective and sustainable conservation outcomes. But beyond the benefits to nature, their inclusion has also helped communities secure access rights to their customary lands—a boost for both people and nature.

“There’s a whole knowledge and science of how we’ve sustained ourselves as First Peoples,” says Cliff Cobbo, WWF-Australia’s Indigenous Engagement Manager, a proud member of the Wakka Wakka nation of southeast Queensland. “Like Uncle Eddie’s ranger group has particular focus on Sea Country because they are Saltwater People, the Indigenous ranger experience is not homogenous—it’s different right across from the people in the center of the country who are dealing with desert lands to wet tropics, and to those who are dealing with rainforests.”

Aboriginal and Torres Strait Islander communities hold longstanding and deep connections with the flora and fauna of their area. Along the coastline, for instance, turtles, whales, dugongs, seals, and albatrosses are all culturally significant. And Cliff believes that a deep and meaningful understanding of those connections is critical for conservation. “We need to support them to exercise their cultural authority to manage Country,” he adds.

Eddie, who also goes by Gungu, an Aboriginal name for ‘turtle’—granted to him by his community’s Elders—believes that the ranger program is helping to make this happen.

“Now I look at the relationship we’ve got with the state government and Parks and Wildlife, and we’re looking at co-managing national parks. Before, that would not have happened—in fact there would’ve been no access to Country,” he explains.

Some 20 years ago, when the Australian government’s ranger program was established, it was a valuable tool to create employment opportunities in remote and rural areas of Australia where unemployment levels could reach 70-80%.

“People there were unemployed because there were no jobs,” explains Darren Grover, WWF-Australia’s Head of Healthy Land and Seascapes. “So in the early days the ranger program was seen as an employment and training scheme as much as anything. But over time it has evolved to include land management and wildlife conservation – and that’s really important, because it has enabled them to go out on Country, practicing their culture but also getting trained and getting employment opportunities.”

“It has become an affirmation of sorts, that people are exercising their cultural authority and their property rights,” adds Cliff. “And it’s great to see that the government is willing to grow and support what the rangers are doing.”

“Yeah, everything’s changing,” Eddie says, “but the government needs to look at how we build that relationship with all of the rangers across Australia.”

“At this point in time,” Cliff adds, “besides native title, the only interface for interaction that’s recognized by Australia as a whole are the ranger programs which are funded at a commonwealth and state level. But what I’d like to see in 20, 30 years’ time is that that has grown tenfold. Because there’s a saying amongst our mob here: it always was, and always will be Aboriginal land.”

Formalizing the legal rights of Indigenous peoples and local communities to manage their customary lands may be the most effective and socially just way to deliver global conservation targets. But for Uncle Eddie, it represents something else as well: “It’s a chance to make sure everyone is welcome on Country,” he says. 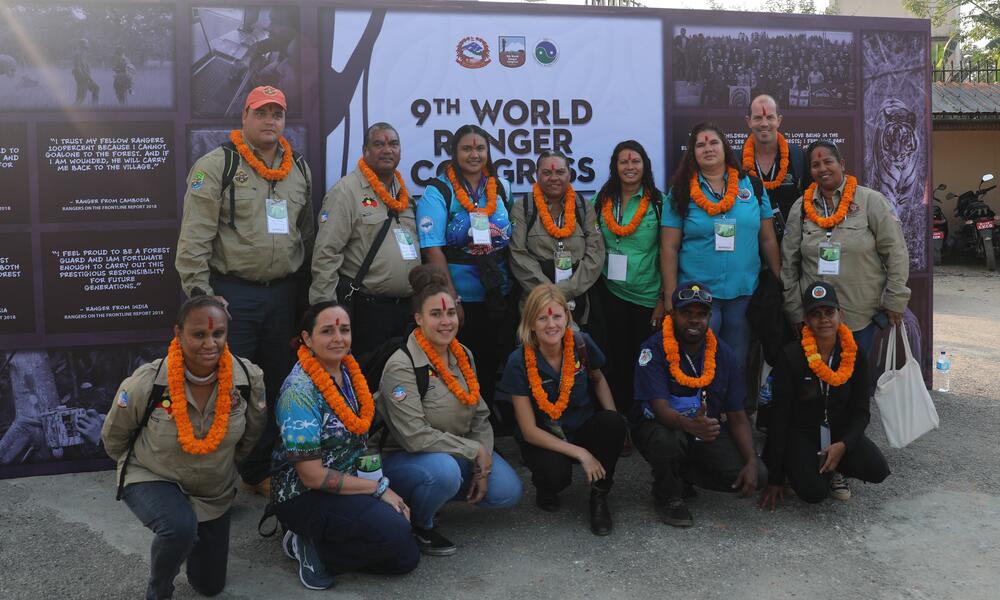 Eddie’s hope for stronger inclusion of Indigenous people in ranger work transcends beyond Country. He was among the 550+ rangers from 70 countries who signed the Chitwan Declaration at the 9th World Ranger Conference in Chitwan, Nepal. The Declaration was a global call to action on a number of ranger needs and concerns—including further inclusion of Indigenous rangers worldwide. In response to their call, WWF and eight other global conservation organizations formed the Universal Ranger Support Alliance and are working towards implementing the Declaration.

“We’ve now got the opportunity to promote Indigenous tourism, with our rangers as the guides,” Eddie says. “We do bush tucker tours, rock art tours, and we also get the Elders involved. We make sure everyone is welcome on our Country, and it’s good to be working together so that we can share our knowledge and culture with Australia.”

Working with the James Cook University and WWF-Australia, the Gudjuda Reference Group sets an inspiring precedent for Indigenous rangers across the country.

“It’s been good working together,” Uncle Eddie says, “because we all want the same things. We’re all just trying to make our Country healthy.”

Since its inception, the Indigenous Rangers Program has been a successful example of how governments and Indigenous communities can work in partnership to create meaningful employment and at the same time be an opportunity for people to stay connected and care for their country. Australia’s recent 2022-23 Budget has allocated $634.6 million over six years from 2022-23 to expand the Indigenous Rangers Program via the National Indigenous Australians Agency. This much-needed funding aims to fund 1089 new rangers by 2026-27 and 88 new ranger groups nationally.