What is the Atlantic Forest and why do we need to save it? 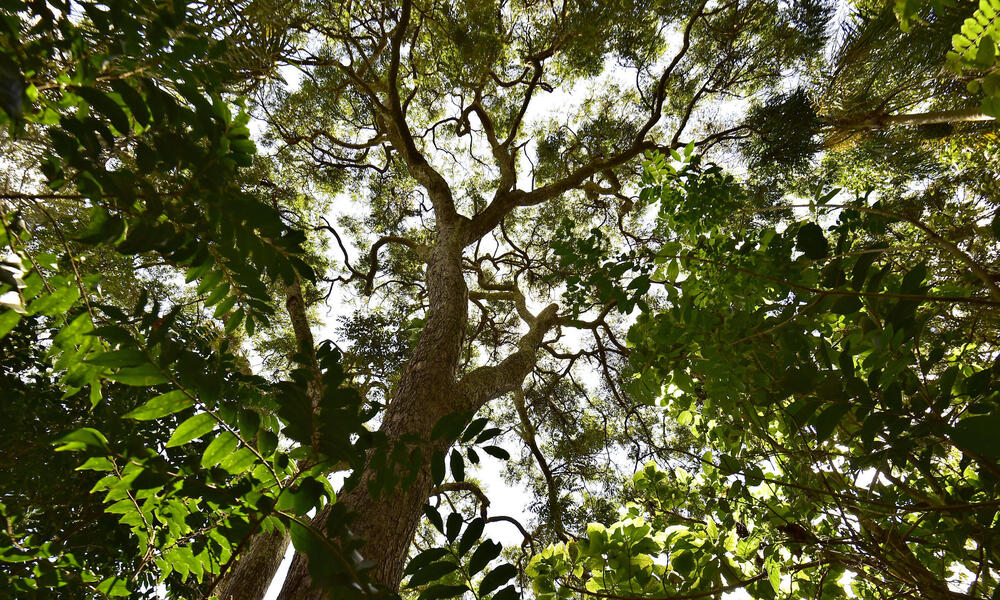 The Atlantic Forest runs along the eastern coast of Brazil, stretching inland into Argentina and Paraguay. The ecoregion encompasses major cities like Rio de Janeiro and São Paulo and is home to around 150 million people. In Brazil, the Atlantic Forest ecoregion produces 70% of the country’s gross domestic product or GDP.

This forest is also one of the richest natural areas on the planet, filled with iconic species like jaguars, sloths, tamarins, and toucans. Just 1 hectare of the Atlantic Forest can support 450 species of trees. Seven percent of the world’s plant species and 5% of the world’s vertebrate animal species are found there. And many of these plants and animals are endemic, meaning they don’t exist anywhere else on Earth.

New species are being documented in the Atlantic Forest all the time. Since 1990, more than 30 mammal species, nine bird species, and about 100 frog species have been discovered there. The forest also provides other important natural resources, including clean air and climate regulation, soil protection, pollination, food, medicine, and drinking water. In fact, 60% of Brazil’s population relies on water from the Atlantic Forest.

Despite the importance of this forest, it is one of the most threatened in the world. For the past 500 years, humans have changed the forest landscape with infrastructure development, agriculture, and tree plantations. Roughly 12% percent of the original forest in Brazil is left, much of it in small, unconnected fragments.

Bring the forest back

But the Atlantic Forest is not a lost cause—far from it. Remarkably, despite intense and widespread habitat loss, the diversity of plant and animal species persist in small refuges. And thanks to coordination and support from conservation organizations, the private sector, and governments, we’re not losing forests as fast, and more areas are protected than ever before. Between 2000 and 2015, Brazil, Argentina, and Paraguay were able to increase the total protected forest area in the Atlantic Forest ecoregion by more than 20%.

There are also efforts underway to recover lost areas of the forest. For example, in 2018 International Paper began a partnership with WWF to map priority areas and restore 100 hectares of forest land in Brazil’s Atlantic Forest. The next year, HP committed to build on this progress and restore as much as 500 additional hectares. Through projects like these, WWF is working on the ground with a consortium of local partners, restoring the ecosystems, and reconnecting fragmented patches of native forests. Rebuilding these forest corridors allows wildlife to roam more freely, protects valuable water resources, and makes the entire region more resilient to climate impacts.

But we need help to keep this momentum going. Not only do we encourage more businesses to join the restoration effort, but we also need all consumers to demand that the products they use are responsibly sourced in ways that avoid deforestation and help keep communities and nature thriving, such as by looking for paper products that carry the Forest Stewardship Council (FSC) logo. Combining consumer action, corporate investment, and strong, well-enforced forest protection policies, we can do more than halt the loss of this critical forest; we can bring the Atlantic Forest back for the good of wildlife, people, and the well-being of the planet.