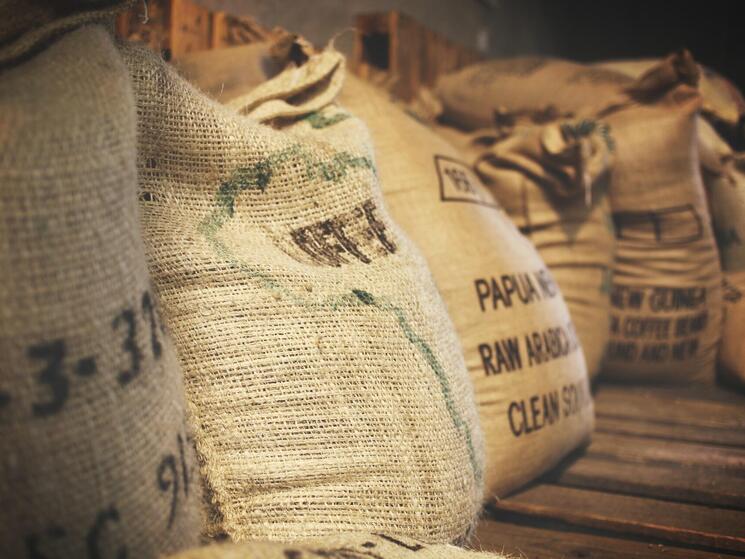 Trade is fundamental to well-functioning economies. It’s also critical for sustainability and for building more resilient food systems that can address the variability of the COVID-19 pandemic in the short term, but also for the chronic and urgent weather shifts from climate change. One might not realize it, but up until recently, food was mainly produced, sold, and consumed locally.

While that’s mainly still the case, since 2000 the amount of food traded grew from 6% to 20-25% in 2019. Trade fills gaps during bad years. And while we’ve clearly seen it can experience disruptions, trade also allows countries to achieve food security even, or especially, when what they do best is not food production. Many countries use food exports as a key part of their economy, like Brazil. China also generates a lot of food globally as does the US, though it’s a much smaller part of the economy.

So how do we monitor and govern food traded across international borders? Short answer, it’s complicated.

For one mechanism, in 1963 the UN FAO established Codex Alimentarius, a “Food Code” made up of standards, guidelines, and codes of practice aimed at protecting consumer health and safety through the establishment of minimal standards for phytosanitary and quality control for all globally traded food.

In another, under the WTO, governments are supposed to ensure that all global food exports are produced legally. But as food trade has grown, so have incidents of illegality (illegal practices within supply chains such as fraud, illegal deforestation for commodity production, labor rights violations, and others ), though the increase could just mean that we’ve gotten better at monitoring.

In another growing trend, more and more companies and countries (EU, UK, US, and more) do not want the food they import to be associated with environmental degradation, such as deforestation or habitat conversion; mangrove loss; illegal, unreported, and unregulated fishing; or overfishing. The WTO allows countries to put sustainability conditions on food imports so long as they require the same of domestic producers. The Netherlands is now considering a tax on unsustainably produced food. While this may begin domestically, it could be applied equally to imports. 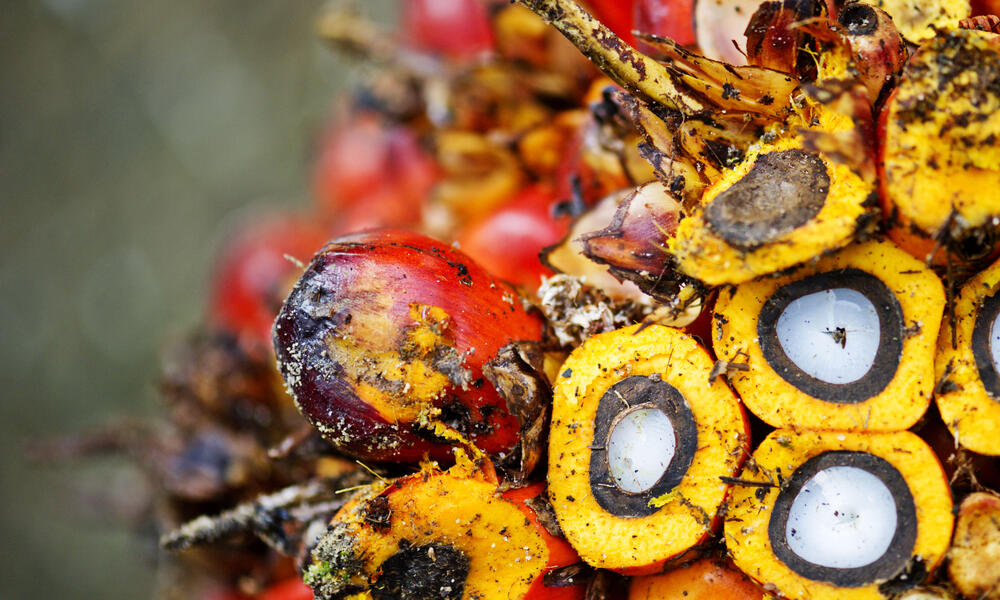 The rapid expansion of oil palm plantations to meet global demand has resulted in a range of devastating impacts for people, nature and our climate.

It’s time to consider a global set of standards for planetary health and safety into our food systems for countries to enter trade markets. Our food system is responsible for 25-30% of global GHG emissions and for driving 70% of terrestrial and 50% of freshwater biodiversity loss, among many other significant and life-threatening environmental and social impacts. As the climate crisis mounts, we should ask, are we doing enough in our food system to protect consumers, food producers, workers, and local communities on the front lines of supply chains if we are degrading, polluting, and in some cases eliminating the very natural resources upon which our survival depends?

About five years ago, I wrote a concept called the Codex Planetarius, a theoretical approach to how we might do this. Sometimes ideas aren’t ready for mainstream, but this year as producers, civil society, policy makers, businesses, academics, practitioners, and thousands of others united for the first ever UN-led Food System Summit, it’s clear that momentum is gaining for accelerated food system transformation. This idea was raised and embedded as one of the game changing solutions produced for the Summit. 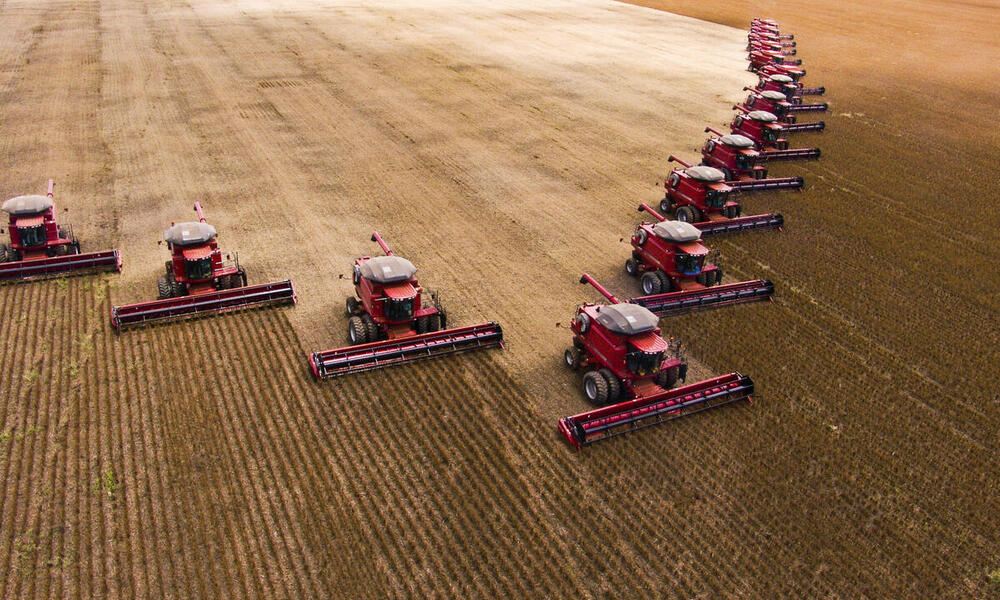 Our food system is responsible for 25-30% of global GHG emissions and for driving 70% of terrestrial and 50% of freshwater biodiversity loss, among many other significant and life-threatening environmental and social impacts.

How would we get started?

Building on lessons from the Codex Alimentarius, the primary objectives would be to measure, manage, and reduce the most significant impacts of food production that put the planet at risk, e.g., biodiversity loss, habitat conversion; soil health, water take quantity, water effluent quality, GHG emissions, and agrochemical toxicity.

Using insights from voluntary standards and certifications, we need to reach consensus about how to credibly measure impacts. We can no longer depend on averages alone; we need to dig deeper into what levels are acceptable across different geographies, different production systems, and for different foods, and how pathways and incentives for improvement differ depending on those variables. A metric for soil health could be the maintenance of increased soil organic matter. Or, for GHG emissions, we need absolute reductions, but perhaps we start with reduced embedded emissions in products.

We’ll need to move from practice-based approaches to minimum performance thresholds. Data across commodities suggest that the bottom 25% of producers account for about 50% of the negative impacts associated with producing any commodity globally—but produce only about 10% of the product. That must change. Moving the bottom could significantly reduce impacts and increase production. Rewarding producers with access to global markets is one way to do that.

We also need to include environmental and social externalities in commodity pricing, as costs for compliance with standards will increase production costs and prices. It is time that we pay the true costs of food.

The UK Government is looking at pathways to integrate this kind of thinking into their domestic food and trade policies. They want to start with core national standards, codifying some of their own high environmental production standards into comparable requirements for imports. Combined with the UK’s newly independent trade policy, and seat at the WTO, they are well positioned to champion development of an international Codex, as they aim to deliver on their own sustainable food and farming ambitions.

The idea is gaining traction and has since been referenced by the Global Environmental Facility, the World Bank, WBCSD, World Resources Institute, a UN dignitary during a UN Food System Summit Dialogue and several others.

While it will need to be more sharply focused with consensus on key impacts and levels of what’s acceptable, we have no time to lose. This isn’t an effort any one group can do alone. It will take scientists, politicians and policymakers, global businesses, trade associations, spokespeople, multi-lateral organizations, financial institutions, technologists, champions, and most of all, farmers. It’s time to get to work.

Want to discuss? Get in touch at [email protected].