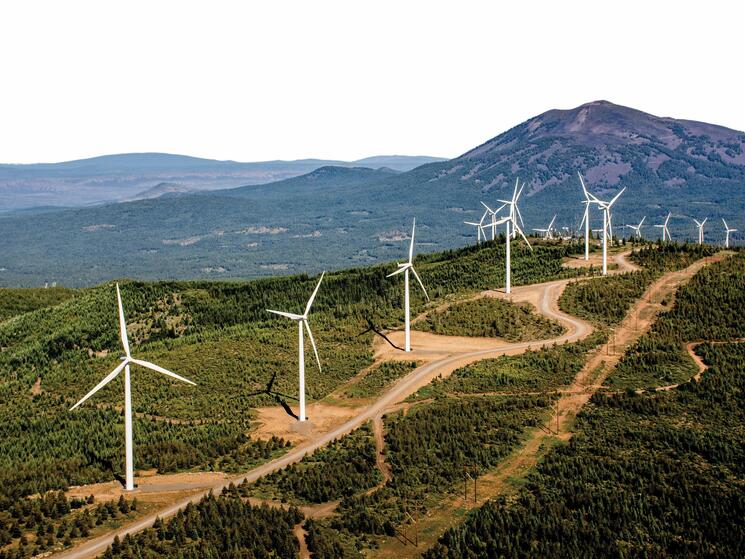 REBA Ushers in a New Day for Renewable Energy

Americans love a good bargain. Case in point — the renewable energy market, where costs continue to fall, and companies are moving fast to take advantage. In 2018 alone, a mere 40 U.S. companies contracted for more than 6 gigawatts of renewable energy, doubling the previous record. That’s enough power to supply over 1 million homes.

But even as companies are doing more renewable energy deals than ever before, scientists warn that we have to move faster to decarbonize the economy in time to avoid the worst impacts of climate change. Companies can do even more to speed up America’s transition to renewable energy, if we can remove a few obstacles standing in their way.

Increasingly, the price of renewable energy is not the problem: Costs for renewables are dropping, beating out coal and even natural gas in many places. Renewables also offer businesses less energy price volatility, allowing a company to lock in a price for decades, a significant advantage compared to market fluctuations in the price of natural gas. And renewables help companies meet their carbon reduction goals.

The price is right, companies can plan with confidence that the price won’t change, and renewables help companies meet their climate goals. So, what’s the problem? In short, access to the market for buying renewable power. Even for big companies, buying energy isn’t like buying a TV at the mall or ordering takeout online. If you want 100% renewable energy – rather than the mix of mostly dirty electricity with a little clean power thrown in that many utilities supply to their customers – it can get complicated, fast. Only the biggest companies have in-house expertise to navigate the complexities of a renewable energy deal.

And that’s in places where electricity markets are even open for these kinds of deals. In most American states, utilities control electricity markets, providing power to all customers — and choosing the source of this power. In these ‘regulated energy markets,’ companies can’t purchase their energy directly. A few companies have found creative ways to hack the system: For example, large technology companies have used their leverage when bringing new energy demand to the state (e.g., new data centers) to negotiate renewable energy deals with their utility. But existing and smaller customers lack the leverage to secure a deal.

It’s clear that the deck is stacked against these companies. To tackle climate change, that has to change. Companies need to learn from each other and to collectively use their voice to make it easier for everyone to buy renewables.

That’s where the Renewable Energy Buyers’ Alliance (REBA) comes in. REBA is a coalition of energy buyers and suppliers looking to transform America’s electricity system while bringing 60 gigawatts of clean energy online by 2025. And they are working together to drive progress in those challenging “regulated markets” — thanks to powerful new tools like green tariffs, buyer aggregation and innovative policy incentives.

Green tariffs come in many shapes and sizes but are essentially programs where a utility allows buyers to purchase renewable energy at a fixed rate. In some cases, companies have collectively partnered with utilities, which in turn buy electricity from renewable energy sources on the companies’ behalf. Such deals highlight a recent innovation of aggregating the purchasing power of multiple buyers in a single deal, thereby reducing prices and transaction costs.

It’s time to use these good examples to design innovative policies that bring these options to different markets. Legislation in Michigan and North Carolina triggered the development of green tariffs, while California expanded direct access for large customers to shop for renewables competitively. REBA is helping to build these innovative new procurement structures across markets, but more work is needed across the country.

And now REBA is about to really up its game. Today, the coalition is officially transforming from an NGO-driven initiative – driven by World Wildlife Fund, World Resources Institute, Rocky Mountain Institute and Business for Social Responsibility – to a business-led association. Under this new model, REBA will crowd in hundreds, even thousands, of new corporate members who collectively have the power to drive policy and regulatory fixes, level the playing field on costs and increase options for all customers to buy renewables.

Some trade associations in America have a bad reputation for blocking progress on climate change. But companies use trade associations for their biggest priorities, for when they really want to raise their voices together to have the greatest impact. What if we had a new trade association chartered to help save the planet? Starting today, we do.

Many challenges remain, but the unprecedented clean energy procurement in 2018 demonstrates a growing corporate consensus that renewable energy is the future. And now REBA offers a powerful vehicle — driven by American businesses — to help us get there.