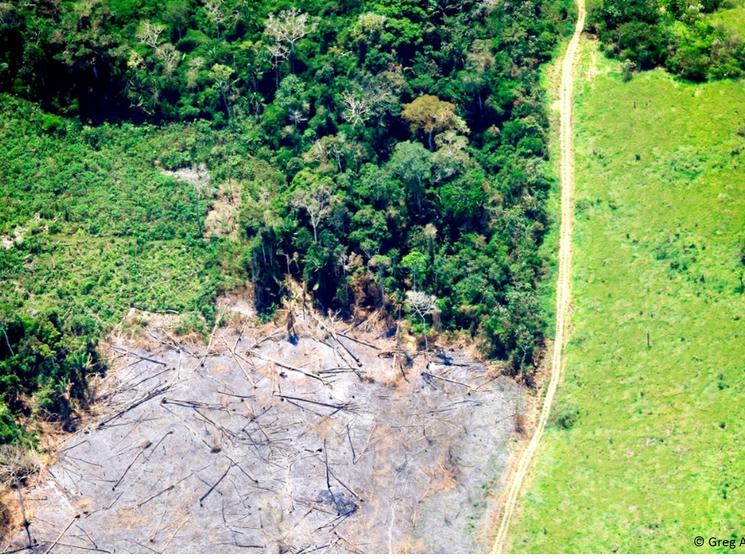 In a global movement to protect the world’s tropical forests, countless companies, governments, NGOs and indigenous peoples’ organizations have committed to ending deforestation. Many include the world’s largest food companies who have pledged to eliminate deforestation from their agricultural supply chains, including from the production of palm oil. While this international ambition shows great promise, the challenge now rests with finding a way to ensure that these commitments are successfully implemented.

Fortunately, the increased availability of publicly available spatial data from satellite imagery and other sources has revolutionized the way the world sees and can respond to deforestation. Platforms such as Global Forest Watch (GFW) have extended the accessibility of global datasets to track deforestation in near real-time, and carry with them new possibilities to better protect forests.

With support from GFW, World Wildlife Fund–US is piloting a new tool, the Jurisdictional Risk Assessment, or JRA, to enable companies and governments to leverage this wealth of data to prioritize their own efforts to reduce and end deforestation, particularly as they relate to addressing illegal deforestation.

The JRA allows palm oil buyers, governments, and other end-users to assess and compare the extent and rate of past deforestation activities within the palm oil producing districts of Indonesia. More specifically, the JRA is based on a set of key risk assessment indicators, designed to capture only deforestation that is achieved in a manner that is not permitted, or which takes place where certain laws and policies prohibit deforestation or conversion in Indonesia. For example, the tool identifies districts that have experienced historically higher rates of deforestation in primary forests, protected areas, peatland, and certain sections of the country’s Forest Estate through activities considered illegal such as through the use of fire for land conversion. By highlighting jurisdictions associated with higher risk, palm oil buyers can better prioritize their traceability and due diligence efforts toward achieving their commitments to deforestation-free supply chains. Similarly, governments can use the analysis to prioritize domestic efforts to meet climate targets through policy measures and land use planning to reduce deforestation.

Traceability has long been a challenge for food companies, particularly in the palm oil sector. Complex supply chains leave food companies with significant difficulty in verifying the extent to which their products are associated with deforestation and illegal activities, exposing them to a variety of legal, financial, and reputational risks.

In Indonesia, district heads, known as bhupatis, have significant authority over the granting, development and enforcement of rules surrounding palm oil concessions. As a result, the Jurisdictional Risk Assessment is conducted at the district level. While the pilot focuses on palm oil in Indonesia, it could be adapted in further phases for other commodities and geographies associated with deforestation.

Among other important considerations, the JRA is based primarily on remote sensing data and does not quantify social risks (e.g., land insecurity, labor rights). It is also based on historic data but could potentially be developed to self-update with more current data flows as they become available. The JRA is not intended to be used as a standalone tool with regard to procurement decisions across jurisdictions. However, it can complement other sources of information (in particular, local knowledge and consultations) to paint a broader picture of deforestation risks and underlying conditions in order to facilitate decision-making.

Forests are increasingly recognized for the numerous critical roles they play on this planet, from filtering the air we breathe and purifying the water we drink, to providing habitat for a vast array of biodiversity, and providing an important buffer against the impacts of a changing climate. Their destruction poses direct threats to the very livelihoods of local communities as well as the business interests of local and multinational companies. By shining more light on deforestation risks, companies, governments, and all those seeking to end deforestation can better prioritize their efforts to strengthen due diligence and sustainable production practices at scale—a positive step for everyone, all 7.4 billion of us.