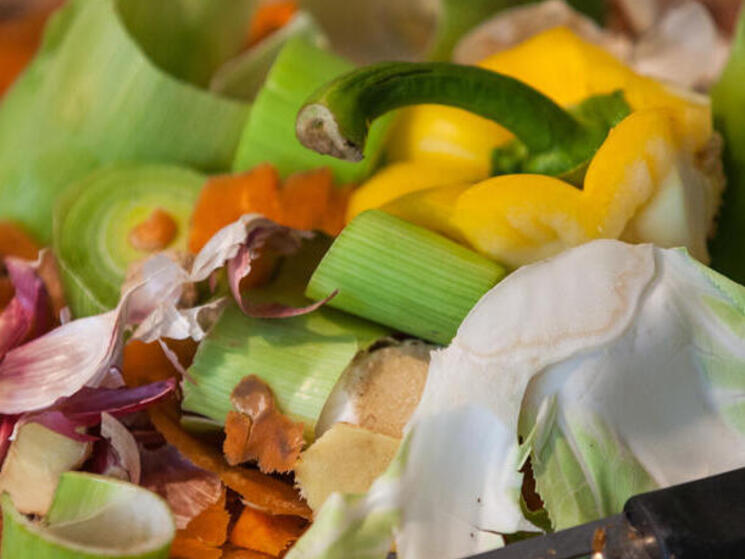 I have a confession: I want to leave my current job by 2030. That is the date the world has set to realize a 50% reduction in food waste.

Working for the world’s largest conservation organization on some of the biggest issues that will define our future, including the future of my own children, seems like something most people would be excited about. But the truth is, I wonder each day why it’s so difficult to get the world committed to ending food waste.

Of all the nature and climate solutions we debate, I’d contend that reducing food loss and waste is the least contentious. There are so many benefits: it can measurably reduce carbon and methane emissions; it could ease pressure on land and water ecosystems used for food production; it helps alleviate global food insecurity and hunger. Yet there is not wide scale global adoption of food waste reduction as part of climate commitments. To date, only 38 governments have food loss and waste reduction as part of their national climate goals. Why so few?

We use 40 percent of all habitable land to produce food. But a recent WWF report estimates that up to 40 percent of that food could be lost or wasted globally. The business-as-usual approach for food production includes constantly expanding our agricultural footprint, sacrificing rainforests and grasslands, and endangering the wildlife that relies on those habitats. To date, agriculture has driven 70 percent of biodiversity loss on land and 50 percent in freshwater. Agriculture produces around 30 percent of all greenhouse gas emissions. We’re literally throwing nature in the bin — because when we waste food, we waste all the natural resources that went into producing it. The double slap in nature’s face is that we’re dumping the majority of food waste in landfills. This rotting food is the third largest cause of methane emissions, a greenhouse gas much more potent than carbon dioxide when it comes to global warming potential.

What makes this even harder to fathom is that nature is our most valuable technology to fight global warming and hunger. A recent report showed that 80 percent of the climate mitigation potential of land-based solutions is linked to food systems. We know that in a hotter, drier world, productive areas may decrease and yields may drop, as might the nutritional density of foods, unless we use nature as a technology for change.

Very few people are in favor of wasting food, it is a unifying issue. Partially because of the positive impact on their bottom line, businesses are stepping up to the plate to reduce waste, improve their supply chains, and invest in a circular economy. Yet, many governments are absent from taking strong and immediate action to tackle the problem.

Here’s some good news. According to the 2022 Champions 12.3 Progress Report, countries and regional blocs representing about half of the global population have set specific targets in line with SDG 12.3 (the global goal to cut food loss and waste 50%) — African Union, Argentina, Australia, China, European Union, Indonesia, Japan, Malaysia, South Africa, the United Arab Emirates, the United Kingdom, the United States, and Vietnam.

However, according to a WRAP/UNEP analysis in 2022, globally only 38 countries have included food loss and waste in their climate commitments as part of their Nationally Determined Contributions (NDC). Notable countries that do not have food loss and waste as a climate commitment include the United States, Brazil, India, Indonesia, Pakistan, Mexico, Canada, Nigeria, Bangladesh, Thailand, South Africa, and the Philippines — some of the most populated countries in the world. All of these countries (including many others not listed) could join the 38 countries who have made food waste climate commitments, which would have a positive impact on global food security, halting and reversing nature loss, and limiting global warming to 1.5 degrees.

Many solutions to food loss and waste are already known. We just need to see investment — massive investment. Last month International Food Loss and Waste Day kickstarted three months for governments to formalize action, through World Food Day and the UN climate and biodiversity conferences. In November, at the climate conference in Egypt (COP27), the private sector commitment to cutting food loss and waste will be showcased, but government support is required because waste management is almost always managed and financed through government institutions. We need them to scale up their involvement — governments can do more to address the problem of food loss and waste.

When I return from COP27, I hope to talk with my 16-year-old daughter and 12-year-old son and tell them we’re making progress. But if the world can’t agree that reducing food waste is an imperative, then maybe we’re not making progress. We can’t wait for the “next generation” to fix these problems because we are out of time. It’s my generation that must fix this, the generation of NOW. I would love nothing more than to retire from my current job in 2030 because the world has set in motion global action on reducing waste and we are making significant progress.