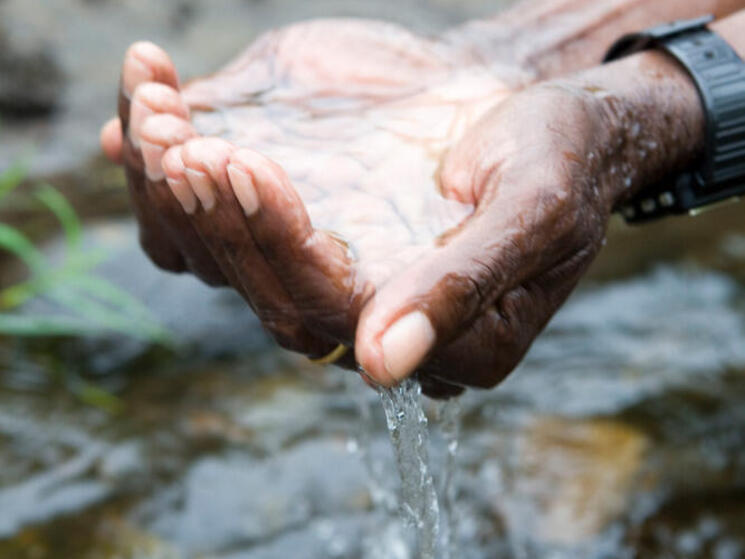 Water for Nature and People: Time for the World to Act

Water is essential to life; it flows through all plants, people, and wildlife. We depend on abundant and clean freshwater to drink and flourish, to sustain thriving healthy ecosystems, floodplains, and fisheries, and to grow crops and livestock that feed and nourish humanity. While the Earth is covered in vast amounts of water, we forget or we take for granted that freshwater is a finite and precious resource. Despite the essential role to life and livelihoods, much of our freshwater and the biodiversity it supports are in dire trouble. Only one-third of the world's long rivers remain free-flowing and freshwater species are among the most threatened on the planet; one in three face extinction. The biggest threats and drivers of freshwater degradation are unsustainable agricultural water use, which is causing pollution and overextraction of surface and groundwater resources, and poorly planned infrastructure, which fragments rivers and wetlands and disrupts connectivity and function of ecosystems. All of these challenges are exacerbated by climate change.

We know global action to elevate and address water security is imperative. Water must be a part of the global policy dialogue to achieve our shared goals for development, climate, and biodiversity. In the immediate future, we must ensure that we halt the degradation of freshwater ecosystems and ensure that restoration targets are included, especially for inland waters. These final few weeks before CBD COP15 in Montreal are critical to ensuring the goals, targets and indicators give inland waters the priority they deserve. This includes championing inland waters restoration and requesting numerical targets in the Global Biodiversity Framework: at least 300,000 kilometers of rivers, and at least 350 million hectares of inland waters should be under restoration by 2030 to reverse inland water biodiversity and ecosystem loss as well as call to elevate freshwater to the same level as land and sea to a goal of conserving at least 30% of the planet’s terrestrial, inland water, coastal and marine areas by 2030. These same concerns could have been a critical focus at earlier meetings such as this month’s UNFCCC COP27, which just concluded in Egypt. But while discussions at COP27 did acknowledge the value of freshwater ecosystems to adaptation, and the role nature-based solutions can play; it will be key to follow up those advances in understanding the centrality of water systems in meeting adaptation NDCs through concrete, real implementation and investments in freshwater-related solutions. Additionally, there seems to still be a gap in appreciating the need to push for biodiversity and climate action together.

Ninety percent of natural disasters are water-related. As climate change increases global warming and the frequency, severity and duration of extreme weather events, many freshwater ecosystems are at high or very high risks of biodiversity loss. WWF's Living Planet Report suggests that freshwater ecosystem biodiversity is currently declining faster than any other biome. We are just days away from the start of the United Nations CBD conference, and while the climate diplomats may have let an opportunity to push substantive actions forward, their colleagues in Montreal this December still can help lead the way on delivering solutions for preserving freshwater resources and ecosystems.

In order to provide healthy, resilient freshwater systems that sustain people and nature, we must see expansions in sustainable energy, regenerative agriculture, and water stewardship that keeps rivers and basins healthy and free-flowing, while also securing communities' ability to adapt to changing conditions from climate change. Additionally, CBD COP15 provides a real window to push countries and companies to leverage financial support towards innovative, nature-based solutions, and let those approaches create scalable transformation of freshwater management.

At CBD COP15, WWF calls on leaders for real commitments that deliver healthy, thriving ecosystems for all biological diversity, and we continue to seek assurances that those plans will have a clear roadmap to deliver water security that facilitates the clean energy transition, aids global food production, and protects and restores healthy rivers and lakes. The opportunity for global leadership is still in front of us, but we must seize it.