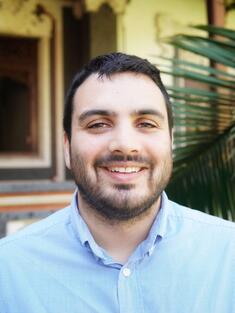 Dr. Dominic Andradi-Brown is a Lead Marine Conservation Scientist on WWF’s Oceans Team, where he leads marine conservation science research, conducts scientific analysis to monitor and evaluate conservation activities, and helps integrate the latest scientific research on climate-smart conservation approaches into WWF’s work. He provides scientific support for partners at WWF-Indonesia and Universitas Negeri Papua for marine protected area research and monitoring work in the Sunda Banda and Bird’s Head Seascapes, Indonesia and for WWF-Pacific in the Great Sea Reef, Fiji. Dominic also works as a scientist for the Global Mangrove Alliance, an innovative partnership between five leading NGOs (including WWF) to increase mangrove forest protection and restoration. As part of his mangrove portfolio, he has co-developed the Mangrove Restoration Tracking Tool and serves on the IUCN Mangrove Specialist Group and the IUCN WPCA marine management effectiveness task force. He is also a member of the Reef Conservation UK scientific steering committee.

Dominic completed his PhD in the Ocean Research and Conservation Group at the University of Oxford, researching fish ecology and conservation on mesophotic reefs (reefs 30-150 m depth). During his PhD, Dominic worked with NGOs in the Mesoamerican Region to integrate mesophotic reefs into reef management plans and conservation actions. His previous academic background includes a masters degree in Biodiversity Informatics and Genomics, and a undergraduate degree in Ecology and Environmental Biology, both from Imperial College London. He has coastal ecosystem scientific research experience in many regions, including: the Chagos Archipelago, Fiji, Honduras, Indonesia, Mexico, and the UK.

“By understanding what factors lead to successfully conservation of marine ecosystems such as coral reefs and mangroves we can create a healthier future for our planet and people.”