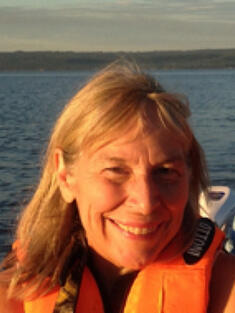 Gina De Ferrari has been at WWF for 25 years, currently working part time as an advisor to the US government partnerships team. She has held several positions at WWF: focusing on conservation efforts in the Mesoamerican Reef and the Northern Great Plains of the United States; serving as director of government donor relations, senior advisor to the president, and director of TRAFFIC, the wildlife trade monitoring network, and coordinating the Living Planet campaign.

She worked for 13 years in the US House of Representatives on wildlife conservation legislation and oversight of the US Coast Guard. She’s a native of Aliquippa, Pa., and has a bachelor of science in geology and a master’s in marine science from the University of Washington. She currently serves on the board of the Mesoamerican Reef Fund, supporting the management of marine protected areas in Mexico, Belize, Guatemala, and Honduras.