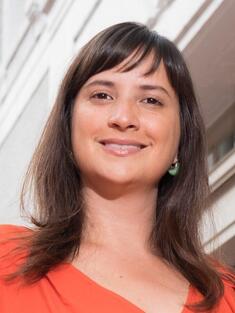 Josefina Braña Varela has dedicated more than 20 years to global environmental issues, in particular, the conservation of the world's most important forests. Over the course of her career, she has worked for government institutions, nongovernmental organizations, and academia, developing invaluable perspective and profound expertise.

Currently, Josefina serves as vice president and deputy lead of the Forest team at WWF-US. In this capacity, she manages and supports the implementation of efforts dedicated to halting deforestation and forest degradation in critical geographies. In addition, Josefina is point on Forest Climate Solutions for WWF, overseeing a multidisciplinary team working to reduce greenhouse gas emissions by ensuring our forests remain healthy and abundant. Since 2013, she has also led WWF's global forest and climate policy agenda and advocacy efforts.

Josefina's role involves collaborating on initiatives with WWF field offices in key geographies in Colombia, Guyana, Peru, the Democratic Republic of the Congo, Nepal, and Indonesia. In each of these regions, she focuses on designing policies and interventions to tackle deforestation and degradation and conserve and restore forests to reduce greenhouse gas emissions and enhance carbon sinks. This entails building alliances with strategic stakeholders, particularly Indigenous peoples and local communities living on the front lines of deforestation.

Throughout her career, Josefina has been integrally involved in major international negotiations. From 2009 to 2013, she was part of Mexico's delegation to the Convention on Biological Diversity, the United Nations Forum on Forests, and the United Nations Framework Convention on Climate Change, where she negotiated REDD+, a mechanism to reduce emissions from deforestation and forest degradation, and land-use related issues.

Josefina holds a master's degree in public policy (with a focus on environmental policy) from the University of Maryland. A native of Mexico City, she studied international relations at the Universidad Iberoamericana.

“We need to take action now to make sure that all living things and the places we cherish continue to exist for future generations—for their survival and their enrichment. It’s time to change our path. The world is watching.”

It’s been a great day for forests and climate, but let’s have a great decade 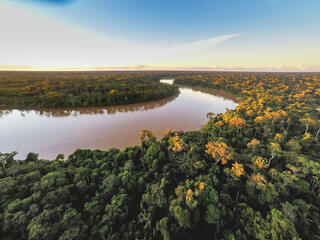