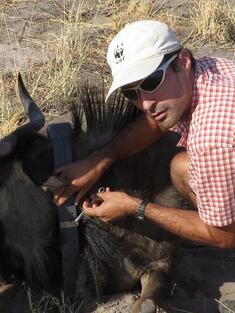 As a lead scientist at WWF-US, Dr. Robin Naidoo investigates the ecological and economic issues that impact wildlife conservation. His work, from mapping ecosystem services to monitoring animal migrations, places nature at the center of sustainable development and helps support a future where species and people coexist.

Robin's current research is largely focused on understanding the interaction between biodiversity and people, particularly in field-based contexts in Africa. In Namibia, Robin conducts research on whether and how healthy wildlife populations support the livelihoods of local communities. This involves collaborations with the Namibian government and other partners on wildlife research and conservation, as well as on the economics of community-based conservation. In southern Africa's Kavango-Zambezi transfrontier conservation area, Robin has led a team of researchers that used satellite collars to document a migration of Burchell’s Zebra across Namibia and Botswana, highlighting the importance of transboundary conservation in this region. He also works on the movement ecology and migratory behaviour of other species in this region, including elephants and African buffalo.

Robin has also conducted field work on various aspects of biodiversity conservation in North America, Asia, and South America. Following a Master’s degree focused on forest ecology, Robin pursued an interdisciplinary PhD in conservation biology and environmental economics, where his field work integrated both ecological and economic angles in Uganda. He then completed a post-doctoral fellowship in Paraguay, focusing on mapping the opportunity costs of conservation due to deforestation in the highly threatened Atlantic Forest ecoregion. His work is published widely in a variety of academic journals, including those devoted to conservation, ecology, economics and interdisciplinary issues.

“From an early age I was interested in nature and wildlife. As a child, the forest and lake at our family cottage provided many hours of exploration and set the stage for an eventual career as a conservation biologist. As an organization and society we need to conserve the world's biodiversity so that the next generation can have those same opportunities.”

Pandemic Might Get People To Drop Wild Meat From the Menu 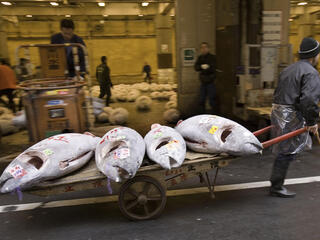 Collaring a Zebra to Track Its Record Migration