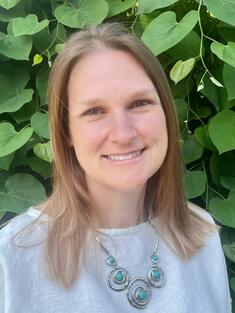 Dr. Sarah Glaser leads the newly formed Oceans Futures team for which she is developing programming around ocean and climate security. The Oceans Futures flagship project, Future Fish Wars, will engage maritime stakeholders around the security implications of climate change for marine ecosystems. She is interested in exploring—and preventing—conflict between marine resource users where it will be most likely or most impactful. She has experience working with a wide range of stakeholders, including those in international militaries, foreign government ministries, academic institutions, and coastal fishing communities. Her geographic expertise is in coastal East Africa, the Horn of Africa, and the California Current.

Sarah joined WWF from One Earth Future, a peacebuilding foundation, where she directed the Secure Fisheries program. Secure Fisheries worked on fisheries conflict prevention in Somalia, and Sarah led their efforts at establishing conflict-sensitive fisheries co-management, collecting fisheries data, and quantifying IUU fishing in the Horn of Africa. Her favorite accomplishment was starting a university engagement project in Somalia that brought together students at four universities for online marine science courses and field-based fisheries data collection. Before working at OEF, she had academic appointments at the University of Denver, College of William and Mary, Virginia Institute of Marine Science, the University of Kansas, and Scripps Institution of Oceanography. Sarah was raised in Kansas but fell in love with sharks through the books and TV series of Jacques Cousteau. She earned her PhD from Scripps Institution of Oceanography where she studied the food web ecology of North Pacific albacore, racking up hundreds of (seasick) hours aboard commercial and recreational fishing vessels.