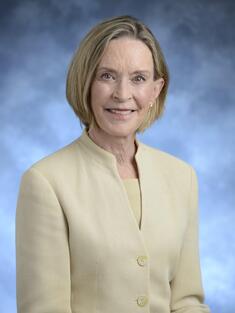 Kathryn Fuller, WWF Board Director Emerita, was president & CEO of World Wildlife Fund (1989–2005) after serving in various management and policy roles. Before joining WWF, she worked at the US Department of Justice, first in the Office of Legal Counsel, then as a trial attorney in the Land and Natural Resources Division, where she helped create the Wildlife and Marine Resources Section and became its chief. Fuller received her BA in English and American literature from Brown University where she served on the board for many years. She earned a law degree with honors from the University of Texas and pursued graduate studies in marine, estuarine, and environmental science at the University of Maryland. She serves on the boards of Alcoa, Inc., the Summit Foundation, and the Greater Himalayas Foundation and on the councils of the Institute at Brown for the Study of Environment and Society and the Lady Bird Johnson Wildflower Center. She is currently the chair of the Robert Wood Johnson Foundation. She is past chair of the board of the Ford Foundation and is a member of the American Academy of Arts and Sciences.