Former Chairman Board of Directors and Chief Executive Officer, The Coca-Cola Company 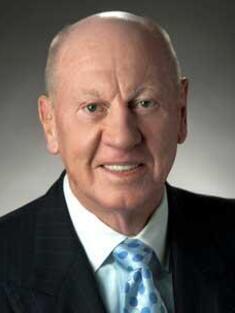 NEVILLE ISDELL is former chairman and CEO of The Coca-Cola Company, where he worked for 43 years. He took the world's largest beverage company to new heights during his tenure. He expanded on the company's proud legacy of corporate responsibility by embedding sustainability throughout every facet of the organization and helping ensure its role as a community-connected, twenty-first century enterprise. These efforts resulted in The Coca-Cola Company's return to Fortune's "World's Most Admired Companies" list in 2006. In 2009, the company moved up to the #12 spot in the global ranking. A native of Ireland, Isdell joined The Coca-Cola Company in 1966 in Zambia. In 1972, he became general manager of Coca-Cola Bottling of Johannesburg. During his 43 year career, Isdell worked in positions of increasing responsibility in The Philippines, Germany, London, and Atlanta. After retiring in January 2002, Isdell was an international consultant to The Coca-Cola Company. In June 2004, he came out of retirement to lead The Coca-Cola Company as chairman and CEO. Isdell serves on the boards of a number of NGOs, including WWF-US (as chairman), WWF-International, and CSIS. He previously served on the boards of General Motors, British Telecoms, and Climate Facility. In May 2016, Isdell opened Epic, a 21st-century museum telling the story of Irish people in Dublin, Ireland. He is a recipient of the Clinton Global Citizen Award. He received a bachelor's degree in social sciences from the University of Cape Town and is a graduate of the Harvard Business School PMD. He is the recipient of four honorary degrees.