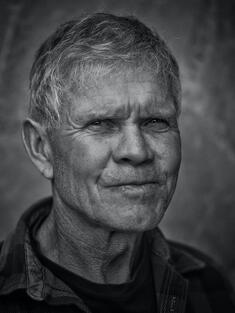 RICK RIDGEWAY is an outdoor adventurer, writer and advocate for sustainability and conservation initiatives. For 15 years, Ridgeway was the vice president of environmental affairs and then vice president of public engagement at Patagonia, Inc. He also was founding chairman of the Sustainable Apparel Coalition, the developer of the Higg Index and today the largest apparel, footwear, and home textile trade organization in the world. In addition, Ridgeway is recognized as one of the world’s foremost mountaineers. With three companions, he was the first American to summit K2, a nd he has done other significant climbs and explorations on all continents. Ridgeway has written seven books and many magazine stories, and has produced and directed dozens of television shows. His memoir Life Lived Wild was published in October 2021. National Geographic honored him with its Lifetime Achievement in Adventure award, and the Explorers Club with its Explorers Medal. Ridgeway serves on the boards of Tompkins Conservation, the Turtle Conservancy, One Earth, the Kiewit Family Foundation, and WWF’s National Council. He lives in Ojai, California, and has three children and four grandchildren.